The mystery of an ancient reptile with a tremendously long neck has been solved, according to researchers who say the creature lived in the water.

Fossils of the creature, known as Tanystropheus, were first unearthed in Germany around 150 years ago and further specimens have turned up over the decades, largely at Monte San Giorgio on the Swiss-Italian border.

Thought to have lived around 242m years ago, the largest specimens were 6 metres in length, with a tiny skull, tail and a long, stiff neck almost three times the length of its body.

“It probably is the most remarkable [fossil] reptile that there is,” Dr Nick Fraser, a palaeontologist at National Museums Scotland and a co-author of the new research, told the Guardian.

While it was generally accepted that Tanystropheus lived around the coast, it was not clear whether it spent most of its time on the beaches and rocky land near the sea or predominantly lived in the water. Now researchers say they have the answer.

“Our group feels that this animal was an aquatic animal most of the time,” said Fraser, adding that the findings made sense as the creature’s huge, stiff neck would have made it very difficult to cope on land.

Writing in the journal Current Biology, Fraser and an international team of colleagues report how they made their discovery by subjecting specimens of Tanystropheus to high-resolution micro-CT scans and, from the data, reconstructing the skulls in three dimensions.

The results show the creatures had nostrils on the top of their snouts. Together with an interlocked arrangement of teeth that would have been ideal for trapping fish, this was evidence that Tanystropheus was a water-dwelling hunter.

However, the team say smaller specimens had less of a flattened, crocodile-like skull, suggesting that although largely aquatic, they may have spent some time out of the water.

Growth lines in the fossil bones, meanwhile, revealed that these smaller specimens, about 1.5 metres from nose to tail, were not juveniles but mature creatures of a different species of Tanystropheus.

Fraser said this was evidence of similar species coexisting but exploiting resources in different ways. “[They] can’t be feeding on the same things otherwise they’d outcompete each other,” he said.

The creatures’ teeth provided clues as to their diet. “I would suspect the smaller one is eating things like small crustaceans and things like that, maybe small fishes, whereas the larger one is eating maybe bigger fishes but also things like squid,” Fraser said, adding that the latter probably ambushed its prey with a swift snapping bite to the side.

The team have named the larger of the two species Tanystropheus hydroides – a nod to the long-necked Hydra of Greek myth – while the smaller species is called Tanystropheus longobardicus, a name that was already used for the creatures.

The findings also have implications for recently unearthed fossils. “We have found the same genus, Tanystropheus, in China,” said Fraser. “Our issue there is going to be which species does the Chinese one belong to.” 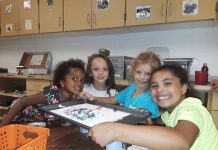 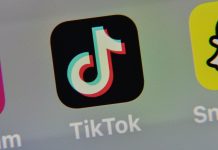 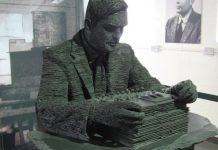 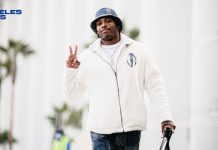 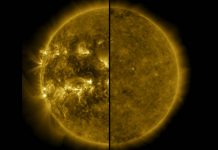