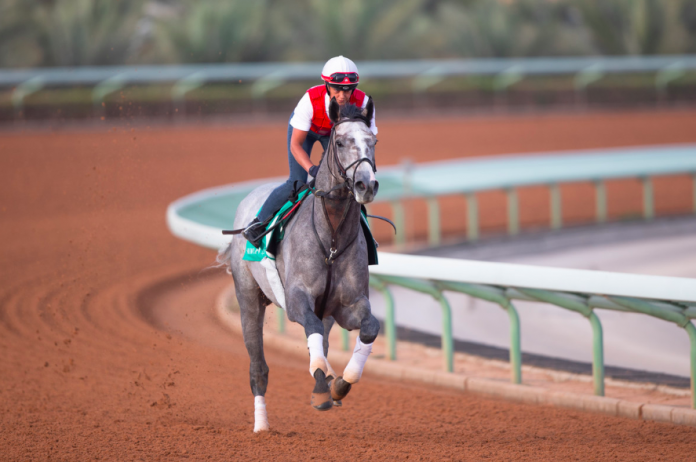 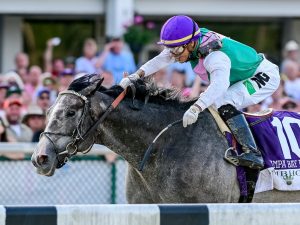 Here’s my sad saga of chasing the teaser Tacitus:

I was at Churchill Downs, Belmont Park and Saratoga for all five, and each cost me emotionally and financially. I did everything but the right thing, which would have been to start a show parlay on Derby Day and keep it rolling through the Gold Cup.

Tacitus, you owe me money, and it’s time for payback.

If you said, “Morons never learn,” I couldn’t argue. For 40 years my M.O. has been to bet back a promising horse once, and if that doesn’t work, let it go. Yet before every one of those races, Tacitus looked so good. But …

He drew post 2 in the world’s richest race, the $20 million Saudi Cup, and to win he’ll need a career-best performance against the toughest field he’s ever faced. It’s starting to sound as if I’m about to make my sixth consecutive mistake, but I won’t risk ignoring him at double-digit odds and seeing him win.

Not winning because you don’t bet is far more painful than losing when you do.

After the Gold Cup, Garrett O’Rourke, Juddmonte Farms’ racing manager, admitted to me that the impeccably bred gray colt had been a disappointment but said he expected him to get stronger and better with age. Reports from King Abdulaziz Racecourse seem to indicate he has.

Assistant trainer Riley Mott is deputizing in Riyadh for his father, Hall of Famer Bill Mott. In an interview with drf.com, Riley Mott said: “If you looked at Tacitus in October, as opposed to what he looks like now, he’s really matured physically. He was a big, scopey thing, maybe slightly slender. Now, he’s completely filled out.”

The younger Mott was impressed with Tuesday’s 3-furlong workout in 35 seconds.

“He looked like he was just galloping through the stretch,” Mott said. “It didn’t seem he was going that fast, but good horses will do that. He’s generally not that aggressive a work horse, and he was by himself. He seems to get over this track very well.’’

Maybe an unplanned rider switch will help. Jose Lezcano replaces Jose Ortiz, who fractured his right wrist last weekend during a post parade at Gulfstream. Ortiz, the 2017 Eclipse Award winner, is a brilliant tactician, but he had some bad trips with Tacitus last year.

Perhaps Lezcano will be a better fit. It’s a long run to the 1 1/8-mile race’s only turn, and if Tacitus can save ground stalking from post 2, he might max out in the 2½-furlong stretch.

I’ll play him across the board and box him in exactas with the other U.S. shippers – likely favorite Maximum Security, Bob Baffert’s highly regarded pair of McKinzie and Mucho Gusto, and champion mare Midnight Bisou.

If Tacitus flops this time, our star-crossed relationship is over. Well, I say that now.

Register for an account with UsRacing.com, grab your welcome bonus, and get your Saudi Cup Tacitus Betting action now!

Some Horses May Leave Woodbine; Other EHV-1 Cases Linked To The Track

Honor A.P. Gets Another Crack At Authentic In Santa Anita Derby

‘So Much Anticipation’: Imbriale Ready To Finally Begin Full-Time Announcing Gig At NYRA