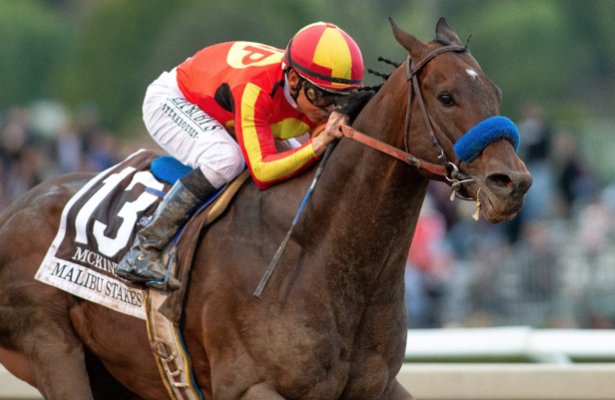 In the days leading up to the $20 million Saudi Cup at King Abdulaziz Racetrack in Riyadh, Saudi Arabia on Feb. 20, usracing.com will profile the contenders in the world’s richest horse race. The profiles will be updated with odds, post positions and jockeys following the post-position draw on Wednesday [Feb. 17].

A year ago, Great Scot looked hopelessly overmatched in his dirt debut in the 1 1/8-mile Saudi Cup. And he was because he finished 12th of 14 in his first attempt beyond a mile. He was two spots from the money, and 10th place was worth $200,000. In the Saudi Cup, you don’t have to win or even finish in the top five to make a big score.

Great Scot’s chances don’t appear any better this year, and the notion he can compete with stars like Knicks Go and Charlatan is absurd.

Notes: Great Scot was 3-for-3 on turf at Haydock, a second-level track in northern England, before being sold to Prince Faisal so he could run in last year’s Saudi Cup. He was 1-for-8 elsewhere in Europe and he’s 2-for-3 with earnings of $26,666 in Saudi Arabia … Prince Faisal, a 66-year-old native of Riyadh, Saudi Arabia, went to college in Northern California, where he graduated from the College of San Mateo. He is the former governor of Azir, a region in southwest Saudi Arabia. 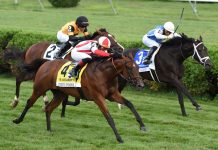 Essential Quality 3-1 In Southwest; Gretzky The Great 3-1 In Battaglia; Arlington Up For Sale 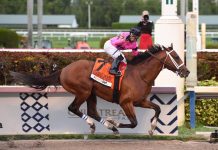 Baffert Giving Spielberg ‘Another Chance’ On Derby Trail In Southwest