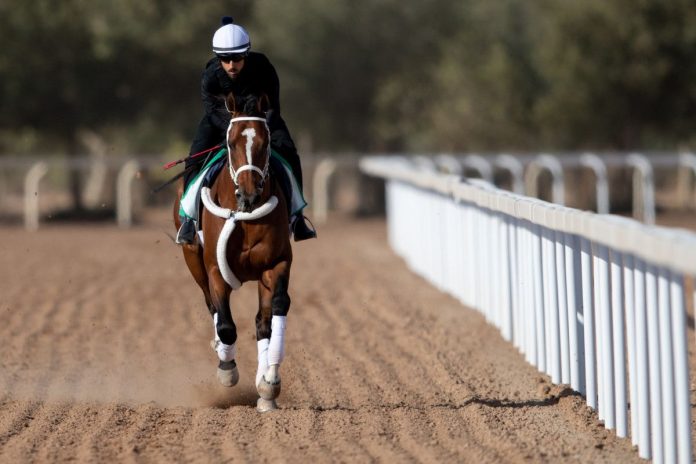 Saudi Cup Betting Odds Maximum Security: Through all kinds of crazy setbacks, from finishing first in the Kentucky Derby (G1) only to be DQ’d to 17th, to a scary bout of colic, to skipping a slew of top races, Maximum Security is not only a champion but the horse to beat in Saturday’s $20 million Saudi Cup. 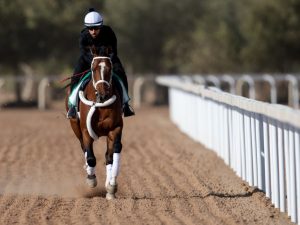 And what a 4-year-old debut this could be when the bay colt takes on 13 rivals in a field packed with stars, from fellow champion Midnight Bisou, to trainer Bob Baffert’s duo of McKinzie and Mucho Gusto, to Dubai-based Benbatl and North America.

During the week leading up to the world’s richest horse race, trainer Jason Servis simply said that, “after the Derby, nothing bothers me.”

And why should it? When we look at the numbers, we see that only one horse has finished in front of Maximum Security in all nine of his races. And that was King for a Day by one length in the Pegasus Stakes at Monmouth Park on June 16 in Max’s first start since the Derby.

By the end of 2019, even though he missed the Preakness (G1), Belmont Stakes (G1), Travers (G1) and Breeders’ Cup Classic (G1), Gary and Mary West’s colt won the Haskell Invitational (G1), Bold Ruler (G3) and Cigar Mile (G1) in being voted an Eclipse Award as champion 3-year-old male.

“He’s been exciting for us, to say the least,’’ Servis said recently. “From the Derby to becoming 3-year-old champion, it’s been some year.”
According to Servis, Max has taken well to the King Abdulaziz Racecourse in Riyadh, Saudi Arabia, and is set to begin a new campaign that could also include a stop in the UAE for the $12 million Dubai World Cup next month.

“All systems are go,’’ Servis said the day before the Saudi Cup (Feb. 28) after watching his colt go for a light gallop around the training track.

Makes 4-year-old debut exiting Cigar Mile win in December, but has mostly ducked top caliber competition since the Derby, and will run without medication. Seems like a risky proposition in this spot at a low price.” – Noel Michaels

Servis said, “It’s thrilling to come over – the people have been great to put on this show. It’s not about the money, I mean it is, but it’s not.”…

Maximum Security has been the favorite in six of his nine career races, including the Servis, whose brother John was the trainer of 2004 Derby and Preakness winner Smarty Jones, recently said he’s getting over the Derby DQ.

“People say to me the Kentucky Derby was terrible, and it was, but I don’t dwell on it. We all know there’s more important things in life – I have my health and my family and life goes on. I get up in the morning and get up on my stable pony.

Register for an account with USRacing.com, grab an outstanding first-deposit bonus, and get your Saudi Cup Betting Odds Maximum Security now!

Trainer Sharp Recovering From Surgery For Benign Tumor On Brain

Australia: Giant Fields On Tap For Group Ones On Friday