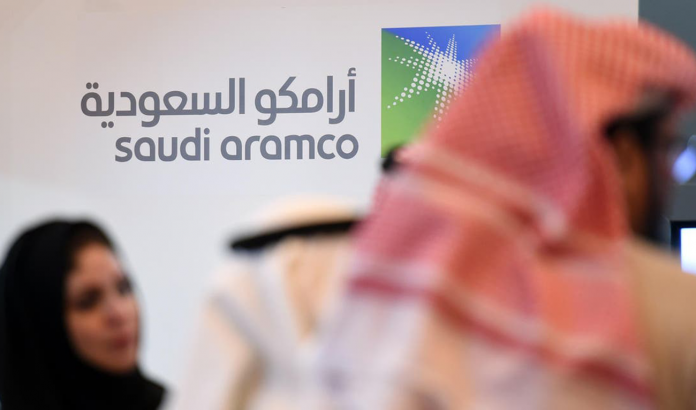 Private sector, contractors, marketeers will be ‘backbone’ of Riyadh Strategy 2030

RIYADH: Crown Prince Mohammed bin Salman’s ambitious Riyadh Strategy 2030 will have huge benefits for the private sector and provide a boost for the construction industry as its recovers from the coronavirus disease (COVID-19) pandemic, Saudi business chiefs have predicted.

The Royal Commission for Riyadh City has set a target to attract up to 500 foreign companies to set up their regional headquarters in the capital over the next 10 years, with 24 already confirmed, and as part of the initiative the crown prince aims to double Riyadh’s population.

According to studies, the strategy program will create 35,000 new jobs for Saudi nationals and help pump up to SR70 billion ($18.67 billion) into the national economy by the end of the decade.

“All of Riyadh’s features set the groundwork for job creation, economic growth, investment, and many more opportunities,’’ the crown prince said at the Future Investment Initiative (FII) gathering in the capital last month.

“We are therefore aiming to make Riyadh one of the 10 largest city economies in the world. Today it stands at number 40, the 40th largest city economy worldwide. We also aim to increase its residents from 7.5 million today to around 15 to 20 million in 2030,’’ he added.

Ajlan Al-Ajlan, the chairman of the Council of Saudi Chambers, said the Riyadh Strategy 2030 and the mega projects planned in sectors such as education, sports, and environment would create a unique investment environment for the private sector and opportunities across a multitude of sectors.

“All these will create tremendous investment opportunities for mega companies as well as SMEs (small and medium-sized enterprises) and foreign investment, enhancing the opportunities of partnership and exchange of experiences,” he told Arab News.

Fahd Al-Rasheed, president of the Royal Commission for Riyadh City, told the FII that $220 billion had already been spent or earmarked as part of the plan. Al-Ajlan said he believed the private sector was ready for the impending investment in the projects associated with the Riyadh Strategy.

Minister of Investment Khalid Al-Falih said that a number of key reforms relating to the establishment and governance of special economic zones, labor, and education laws would be ratified in the first half of this year.

Eng. Fawwaz Al-Shammari, CEO at telecoms technology company MBUZZ, said the new plan would be a catalyst for growth in the technology sector, with changes set to be seen very soon.

“As a national company, we attach great importance to domestic industry. Therefore, any support for local industry will serve the communications and information technology sector.”

He added that the strategy would lead to an increase in giant projects after the end of the pandemic, with the initial benefits felt as soon as the second quarter of 2021.

Fawaz Al-Fawaz, an economic consultant and president of Jood Financial, said the private sector would be a major partner for the new strategy.

“The leadership is bound to be by government because of the complexity and size, but that does not mean the private sector is crowded out in any way. It is probably too early to know the extent of the private sector involvement but suffice it to say that, since construction is primarily private sector driven, the contractors are going to have a significant role to play.

“It is not only contractors, but also many others across the gamut from health care providers to IT, to all sorts of service providers like gardening and real estate and park management,” he added.

Dr. Eman Al-Shammari, the deputy dean of the college of economics and administrative sciences at Imam Muhammad bin Saud Islamic University, said cities were instrumental for growth and development, adding that strenuous efforts were needed to achieve the ambitious vision, especially in terms of marketing in order to promote Riyadh as among the top metropolitan cities in the world.

“Riyadh is a golden opportunity and one day it will be a global destination and compete with big metropolitan global cities. That is why marketing is important,” he added.

Al-Shammari, who is a marketing consultant at the General Authority for Small and Medium Enterprises (Monshaat), said the right marketing was vital and would be the backbone of the strategy’s success. 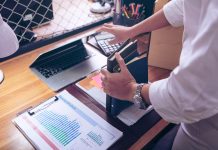 Why Do Chief Security Officers Leave Jobs So Often? – GovTech 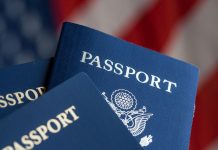 Taking on the tech giants: the lawyer fighting the power of algorithmic systems 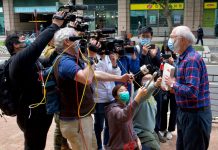 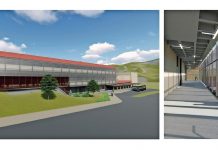 A question of security – Mail Tribune 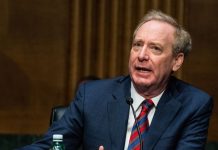 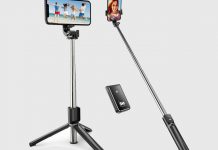 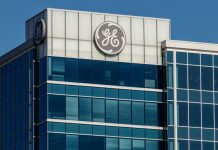