Thomas Hasal’s phone blew up, with so many notifications that he almost couldn’t believe that it wasn’t some glitch. The 21-year-old Vancouver Whitecaps goalkeeper had become a social media sensation during his team’s MLS is Back knockout game against Sporting Kansas City, at least within the hyper-specific world that is North American soccer Twitter.

The Whitecaps lost on penalties, but through little fault of Hasal’s. Kansas City fired off 37 shots in regulation and scored with none of them. Hasal made eight saves, stopped a PK, too, and nearly got his hand to another; his teammates were the ones who missed three of their four attempts.

Hasal’s performance was so outstanding — and his story, as a third stringer unexpectedly forced into action, was so compelling — that he was dubbed the Oliver Kahn of Saskatchewan, Saskatoon Schmeichel and the Great Wall of Hasal by various observers. 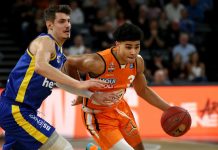 In Killian Hayes, the Pistons get a shot at an intriguing French connection 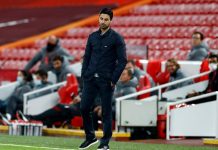 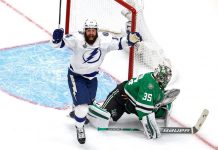 Red Sox fans’ guide to the MLB playoffs: Is there anyone worth following here?

The 49ers’ IR-shuffle: Deebo Samuel is coming off while Jordan Reed goes on

[NFL: Washington Redskins] – The Game | Episode 2 | Breaking Down The Loss To The Browns