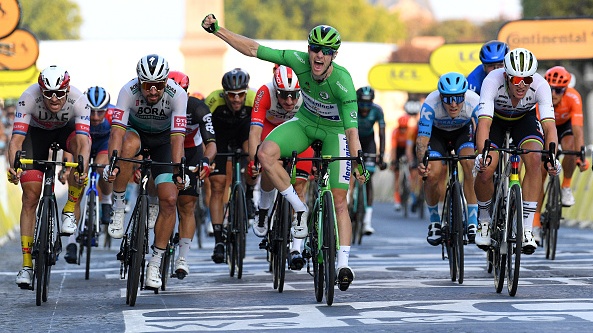 Sam Bennett has confirmed his participation in his second Grand Tour of the season and will start next week’s Vuelta a España as part of the eight-man Deceuninck-Quick-Step team.

It will be the first time Bennett has rode in two Grand Tours in the same season. He last took part in the Vuelta in 2019, where he won two sprint stages, and also finished second in the final stage in Madrid.

“Delighted to get the call up for La Vuelta,” Bennett said on Twitter on Wednesday morning. “This will be my first time doing two Grand Tours in one season, it will be great to push my limits and see what I’m capable of.”

Bennett, who turns 30 on Friday, is on Wednesday taking part in the 108th Scheldeprijs, the 170km one-day race from Schoten to Schoten in Belgium. There was already speculation he would then move on to the Spanish event, despite the gruelling nature of this year’s Tour which finished just three and a half weeks ago.

Bennett finished that race as only the fifth rider in Tour history to win the last stage while also wearing the green jersey since the race first started finishing on the Champs-Élysées in 1975. After three weeks of racing, 58,000m of climbing and 3,482km of road, he came away with two outright stage victories and finished six times in the top five.

With that he also bridged the 31-year gap since Seán Kelly last won green in Paris; Kelly also won the Vuelta outright in 1988, and also collected the points jersey that year which Bennett may well find himself chasing again. Kelly also won the points classification in Spain in 1986, 1985, and 1980.

The 75th edition of the Vuelta was originally scheduled to take place from August 14th to September 6th, with the first three stages due to be held in the Netherlands, starting in Utrecht. However the Covid-19 restrictions forced its postponement along with the Tour de France and the Giro d’Italia, and for the first time since 1985, the race will not be 21 stages long – but held in a reduced format over 18 stages.

For the first time since 1961 it will also depart from the Basque Country, starting in Irun next Tuesday, October 20th, and finishing in Madrid on November 8th. Though like the Tour and the Giro, currently taking place, it is not entirely guaranteed it will make it to the finish, depending on how it copes with the restrictions and prevalence of Covid-19.

In a team press release, Deceuninck-Quick-Step said: “in terms of number of stages won throughout the years, the Vuelta a España is our team’s second most successful Grand Tour, and the wolfpack will go there next week determined to add to the exploits of the previous editions, which have seen 12 different riders claim at least a victory. The course will be again tilted towards the climbers – with Tourmalet and Angliru just two of the highlights – but also the sprinters and puncheurs will have their chances to shine at the race which this year will have 18 stages.”

It means Bennett will make his second consecutive appearance at La Vuelta, where he’ll be supported by a strong lead-out train featuring New Zealand Champion Shane Archbold, Michael Mørkøv and Zdenek Stybar, a stage winner at the race in 2013.

Also in the team will be Mattia Cattaneo, the soon to be 30-year-old Italian who is set to return to racing for the first time since his injury at the Giro dell’Emilia, two months ago. The eight-man squad will also feature three young riders who will make their Grand Tour debut: Andrea Bagioli, a stage victor at this year’s Tour de l’Ain and Settimana Internazionale Coppi e Bartali, as well as US ITT Champion Ian Garrison, and Tour of Slovakia winner Jannik Steimle.

“We are looking forward to the last Grand Tour of the season, which we are happy that is going ahead, considering all the circumstances,” said Deceuninc-Quick-Step sports director Rik Van Slycke.

“Our team is a mix of youth and experience, who can deliver some really nice results in Spain. Sam is going there after a great Tour de France, and he’ll count again on a strong lead-out train, Styby was very motivated to race a Grand Tour this year after dropping out from our Le Tour squad due to that knee injury, while the three young guys on the team – two of whom are neo-pros – will make another important step in their development. We will give our best out there and hopefully have a good and rewarding three weeks.” 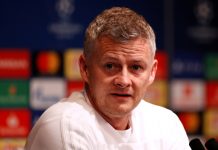 PSG vs Man Utd odds and tips: Get Rashford and Mbappe to score at a HUGE 9/1

Jason Holder ‘disappointed’ in Australia and Pakistan not taking the knee 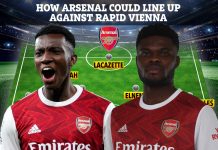 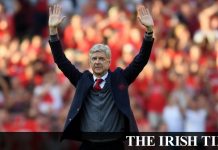 Arsène Wenger: Arsenal was a matter of life and death to me

World Series 2020: will the Rays spring a surprise over the Dodgers?