Rush Limbaugh, who has died aged 70 after suffering from cancer, virtually created the style of political “shock jock” radio that made him so influential. His broadcasts, featuring attacks on opponents as purveyors of what we now call “fake news”, became the template for television’s Fox News, and at its peak played a huge part in Newt Gingrich’s “Republican Revolution” of 1994, which recaptured the House of Representatives from Bill Clinton’s Democrats.

Limbaugh set the tone for the internet age of politics, calling women’s rights activists “feminazis”, referring to HIV/Aids as “Rock Hudson’s disease” and claiming “environmentalist wackos” were “a bunch of scientists organised around a political position”.

He argued that the existence of gorillas disproved evolution, characterised both the Deepwater Horizon oil spill in the Gulf of Mexico (2010) and the mosque shootings in Christchurch, New Zealand (2019) as “false flag” operations organised by leftists, and accused the Virginia governor Terry McAuliffe of allowing the Charlottesville rioting in 2017 to worsen in order to boost his presidential ambitions. “Have you ever noticed how composite sketches of criminals always look like [the black activist] Jesse Jackson?” he asked his listeners.

When he cut off callers on air, he would play a vacuum cleaner noise, shouting “caller abortion”. His listeners, whom he dubbed “ditto-heads” ate it up, while those who were offended often tuned in to express their disgust. In recent years the independent fact-checking site PolitiFact consistently rated Limbaugh high in terms of “pants on fire” untruths, and just as consistently at zero on truths.

Limbaugh (pronounced “LIM baw”) was born in Cape Girardeau, Missouri, into a family of conservative judges that included his father, whose name was also Rush. His mother, Mildred (nee Armstrong), was the family clown, and encouraged “Rusty” in his love of radio. He did poorly at school, then quit Southeast Missouri State University after a year and found a job with a radio station in McKeesport, Pennsylvania, as “Bachelor Jeff Christie”, but was fired after he told a black caller he claimed to find difficult to understand to “take the bone out of your nose and call again”.

He was then fired from a nighttime show in Pittsburgh when new management took over. In Kansas City his morning current affairs talk show on KUDL then an evening talk show on KFIX both ended in sackings for what he described as differences with management; at this point he considered himself a “moderate failure”.

By then Limbaugh was working with the Kansas City Royals baseball team in group ticket sales and special events, and in 1983 he married Michelle Sixta, an usherette in the Royals’ Stadium Club. That year he returned to radio with KMBZ in Kansas City, but again got fired for being controversial, in part about the local Chiefs football team. However, one consultant who had enjoyed his KMBZ style suggested him as a candidate to replace the equally controversial Morton Downey Jr on KRBK in Sacramento, California, to which Limbaugh moved in 1984.

At KRBK Limbaugh began to attract attention. In 1987, during the Ronald Reagan era, the Federal Communications Commission repealed the Fairness Doctrine, which had required users of the public airwaves to allow equal time if they broadcast political opinion. This opened the floodgates to the likes of Limbaugh, and in 1988 he moved to WABC in New York, which became the flagship for a 56-station network broadcast of his show, scheduled, unusually for talk, at midday. By 1990 he had five million listeners.

Another godsend for his show was the election of Clinton in 1992, the year in which Limbaugh began a syndicated TV programme produced by the future Fox News boss Roger Ailes.

Limbaugh’s deeply personal anti-Clinton campaigning was so effective that when Gingrich and the Republicans re-took the House, they made him an honorary member of the Republican caucus. He and Sixta had divorced in 1990, and in 1994 he married Marta Fitzgerald , an aerobics instructor. He told an interviewer he struggled with love because: “I am too much in love with myself.”

The TV show ended in 1996, but on radio Limbaugh went from strength to strength. He now lived in Palm Beach, Florida, where he produced his radio show from his “southern command” centre.

In 2003 the sports network ESPN hired him as an analyst on their Monday Night Football broadcast team, but a few weeks into the season he upset viewers by saying that the Philadelphia Eagles quarterback Donovan McNabb was overrated “because the media is very desirous that a black quarterback do well”.

It was an especially odd remark given that one-third of the league’s starting quarterbacks were black; that year one of them, Tennessee’s Steve McNair, would be joint winner of the league’s Most Valuable Player award. Limbaugh resigned three days later. The following Monday he admitted to an addiction to prescription drugs, including OxyContin.

He was divorced from Marta in 2004, and for the next two years was linked romantically to the CNN anchor Daryn Kagan. In 2006 Limbaugh was arrested on his return from a trip to the Dominican Republic, where he had bought viagra with a false prescription. Although charges were dropped, WBAL in Baltimore became the first station to ditch his show.

The George W Bush years seemed to stretch him; he said the US torture of prisoners in 2003 at the Abu Ghraib prison in Iraq was “no worse than what happens at a Skull and Bones initiation”, perhaps forgetting that Bush and his father were both members of that Yale University secret society. But just as Clinton had been a godsend, so Barack Obama seemed to inspire Limbaugh to new heights of partisan venom. Apart from claiming that Obama was foreign-born, he accused the president of allowing ebola into the US in revenge for African slavery. When Republicans rallied in the 2010 midterm elections, Limbaugh again reaped much of the credit.

In 2008 he had signed an eight-year $400m contract with the Cumulus broadcasting company, and in 2013 he moved his home station to New York’s WOR. After signing a four-year extension in 2018, his income that year totalled $84.5m, second only to one of the original, non-political, fellow shock jocks, Howard Stern. In 2010 he married for the fourth time, to Kathryn Rogers, a party planner. Elton John sang at their wedding reception for a reported $1m fee.

In 1992 Limbaugh wrote, with John Fund, The Way Things Ought to Be. Both it and the 1993 sequel, See, I Told You So, were bestsellers. In 2013 he wrote the first in a series of six children’s books featuring a character called Rush Revere – named after the Americn patriot Paul Revere – who goes back in time to have adventures during the American revolution.

In 2017, after the ascension to the presidency of his Palm Beach neighbour Donald Trump, Limbaugh joined Trump in suggesting that dire warnings about the possible impact of Hurricane Irma in Florida were fake news designed to push “a climate change agenda”. He quickly became an object of derision when he had to evacuate his home before the storm hit.

In January 2020 he was diagnosed with advanced lung cancer; he announced it on air the following month, the day before he received the presidential medal of freedom from Trump. Nevertheless he failed to throw his full backing to Trump’s attempts to overturn the election result; he accused the president’s lawyers of failing to support their claims of voter fraud with evidence.

He is survived by Kathryn. 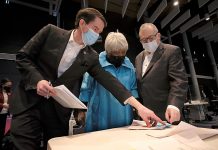 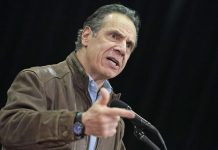 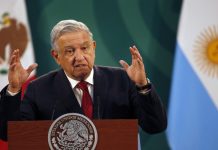 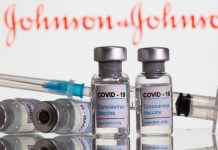 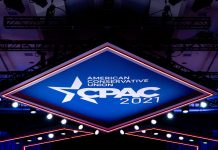 CPAC and the New Republicanism 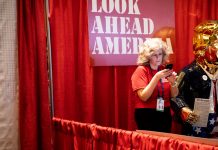 Trump Will Return to Spotlight With Appearance at CPAC 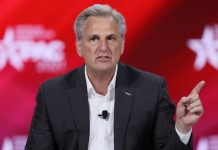 CPAC 2021: Kevin McCarthy says he would bet his own home that Republicans take back the House in 2022 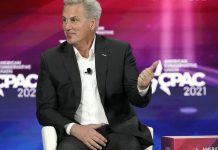 Kevin McCarthy bets his house on winning House GOP majority in 2022: 'Not a chance' of losing