Facing a banged-up Heat team with a rookie center, the Timberwolves put their $170 million center in a surprising position. The bench.

Minnesota sat Rudy Gobert for the majority of crunch time in a 113-110 loss to the Miami Heat, who were playing without All-Stars Bam Adebayo and Jimmy Butler. They pulled Gobert with 5:22 remaining after he was outplayed by rookie Orlando Robinson, who was playing his seventh NBA game.

Jon Krawczinski writes in The Athletic that “the Timberwolves have to ask themselves if the Gobert they got in the trade with the Jazz is a shadow of the player who was such a force in Utah for so many years, or just one that needs a little more time to find his way.”

Gobert’s numbers are down across the board in Minnesota. Last year, he led the league with 14.7 rebounds per game. This year it’s 12.1. His league-leading field goal percentage has dropped from 71.3 percent to 66.4 percent. His shot-blocking has gone way down, from 2.1 per game to 1.2. Advanced statistics like defensive box score plus/minus see Gobert as a slightly negative on defense this season, well off what you’d expect from a three-time Defensive Player of the Year and one for whom the Timberwolves traded five players and five first-round picks.

Minnesota will be sending draft picks to Utah until 2029 for the right to pay Gobert $170 million for the next four seasons, and their defense, shot-blocking, and rebounding are worse this year.

It may be that playing two seven-footers like Gobert and Karl-Anthony Towns is unworkable in 2022. Minnesota holds opponents to the seventh-worst field goal percentage in the NBA, but that’s outweighed by giving up the most three-pointers in the league – a sign that their bigs can’t get out to the arc.

Gobert hasn’t shown the offensive skills to take advantage of smaller big men on that end. He’s an afterthought, receiving the 8th-most passes on the team while playing the fourth-most minutes. When teammates Anthony Edwards and D’Angelo Russell do get him the ball, Gobert has struggled to handle it cleanly.

Things may be different when Towns returns from injury. But Gobert is already 30, and it’s the second year his defensive numbers have gotten worse. This is a bad trade for Minnesota if Gobert is simply a good defensive center and not a great one. If he’s average? It’s a disaster. 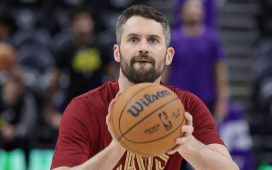 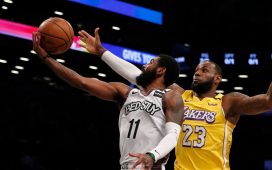 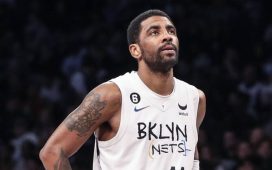