Ronnie O’Sullivan was involved in a bizarre exchange with Mark Allen in the final frame of their Champion of Champions quarter-final match.

Allen went on to beat the reigning world champion 6-3 but O’Sullivan appeared to be irked by the Northern Irishman’s movements during the clash in Milton Keynes. O’Sullivan was warned by the referee, Marcel Eckardt, on numerous occasions as he went over to confront Allen, who sat in his chair throughout. “Can you sit still? You’re standing up and walking in my eyeline. You are. Come on,” O’Sullivan said.

The official tried to step in, saying: “OK guys, please. No need for argument, please guys, just leave it. Can we just play snooker? Mark just leave it, thank you. I know you didn’t do anything.”

After the verbals, O’Sullivan then missed a straightforward red in the frame and Allen completed a match-winning break of 66 to seal victory. Allen faces the world No 1 Judd Trump on Saturday for a place in the final.

O’Sullivan claimed Allen was “continuously” in his eyeline during the match. “Maybe I read too much into it,” he told ITV4. “But it seems like something you do down the snooker club when you’re an amateur and trying to put them off. I’m not going to let it go, so I pulled him up on it. No hard feelings, Mark played better and deserved his victory.

“Sometimes you just have to say something. I’m 45, I’ve been around the block so many times, I know every move in the book.”

He added: “It started around about 3-2 something like that, just little things. I thought I can either leave it, and that’s why I was taking my time on certain shots. I thought I’m not going to play the shot until you sit down in your chair. I could have said something then but I thought hopefully he will get the message.

“And he kind of did because he sat down. Then obviously when I was playing the shot he started ripping his logo off. I thought I’ve got to have a word with him.”

Allen denied being involved in any gamesmanship and said the incident only made him more determined to beat the six-times world champion. “To be honest, it was uncomfortable for Ronnie, I don’t know what he was on about,” said Allen.

“I’m not going to let it go if he’s going to make up rubbish. He was taking forever over shots in that last frame. Ronnie was completely gone and I just took advantage. Ronnie just tries to bully people out there.

“I just want to play snooker, that’s what I came here to do. It was the worst thing he could have done, I was never missing after he missed that easy red. Sometimes he needs to be put back in his place.” 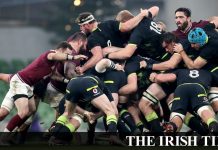 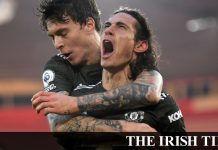 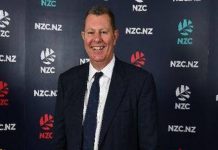 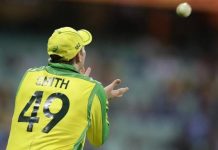 India vs Australia ODI | Had a bad dose of vertigo, wasn’t sure if I would play: Steve Smith 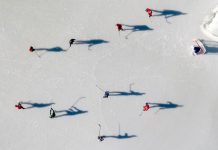 For a Day, the N.H.L. Arena Moved to the Mountains Outside Vancouver