Romelu Lukaku had been the subject of suffocating attention from a well-organised and physical Zenit St Petersburg central defensive three. Everywhere he turned, it felt as though a door was slammed in his face and, as this tie entered its final stretch, the visitors had to be thinking that they had him and Chelsea under control.

But it only takes one second for Lukaku to break free. It is the reason why Chelsea broke the bank to re-sign him over the summer and it was the reason why they were able to make a winning start to their Champions League defence.

When the ball was worked from the inside left to the inside right for César Azpilicueta, the Zenit defender, Dmitri Chistyakov, seemed to have Lukaku within his grasp in the six-yard box. But then Azpilicueta crossed and he did not. Lukaku had spent the previous 68 minutes waiting, working, lurking. Now he had the big chance and he headed it home with trademark ruthlessness.

That was not exactly that because Zenit had a huge opportunity to equalise when Sander Azmoun crossed for the substitute, Artem Dzyuba, only for him to stretch and slice. The concession of the chance was surprising because of how miserly Chelsea had been at the back. But they duly closed out the result to give Thomas Tuchel the victory he had called for. It is a long way to the final, which will be played in Zenit’s Gazprom Arena. With Lukaku on board, Chelsea can dream of another triumph.

It was Tuchel’s first night game under the Stamford Bridge lights in front of fans and the first time that the stadium had been packed for a European fixture since February of last year. So much has happened since then, not least Chelsea exploding from nowhere to claim their second Champions League in May, and it feels crazy to reflect that the home fans were unable to play any role in it – apart from when 2,000 were allowed in for the final group phase tie against Krasnador last December.

The pre-match presentations were a nod towards the history that the team had made. There were Uefa awards for Tuchel, Jorginho, Edouard Mendy and N’Golo Kanté but this was all about putting a sure foot forward, ensuring that the defending Russian Premier League champions could not spring an upset. Zenit’s pedigree in this tournament extends to three last-16 appearances. The feeling beforehand had been that this would be a big step up for them.

Chelsea know what they are. The champions of Europe. And their support repeatedly let everyone know. It feels sweet and it helps to create an aura. Zenit, though, were not intimidated at the outset. Well balanced in a 5-4-1 system, they tried to get the wide midfielders, Malcom and Claudinho, to push up.

It is one thing to have a flicker or two of encouragement and quite another to create anything clearcut against this Chelsea defence, which marries physicality to pace, not to mention precision positioning.

The home team measured the opening 20 minutes in crowd-pleasing challenges from Antonio Rüdiger and Mateo Kovacic. Reece James also got back to thwart Claudinho at the far post. Later in the half, the Zenit defender, Yaroslav Rakitskyi, curled straight at Mendy after a corner broke to him. Might he have done better?

Chelsea wanted to be patient and Tuchel battled to suppress the frustration he felt for long spells in the first half when his team could not connect in the final third. Jorginho tried to play through the Zenit lines, to make something happen, while Kovacic was busy but Chelsea struggled to penetrate. Too often the last action was not there. James, for example, beat his man on the right but the low cross did not beat the first defender. Mason Mount missed a few passes and it did not happen for Hakim Ziyech.

Lukaku was tightly marshalled, the pickings slim for him before the interval. He could not buy a yard from Dmitri Chistyakov on 33 minutes, after Mount had won the ball and fed him, and the shot was blocked.

Chelsea had failed to work the goalkeeper, Stanislav Kritsyuk, at all in the first 45 minutes. That had to change. Tuchel’s team needed a spark and Rüdiger tried to provide it with a storming run from inside his own half on 50 minutes.

As he continued, so the possibilities swelled and, when he cut inside on the edge of the area, he made the space for the finish only to snatch at it and send it wide. Moments earlier, Ziyech had shot too close to Kritsyuk. He would also take a heavy touch when well-placed while James rammed into the side net.

It was better from Chelsea; the intensity greater. Ditto the intent. Zenit were pressed back, although they felt that they retained a puncher’s chance on the counter. There was a sharp intake of breath inside the stadium when Claudinho sent Sardar Azmoun away. Rüdiger got back to tackle. Again. The tie became more stretched and Wendel shot at Mendy but it would be Lukaku who struck the telling blow. – Guardian 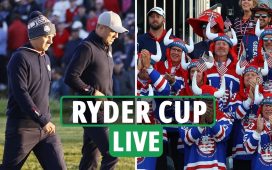 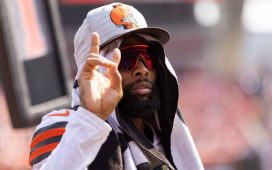 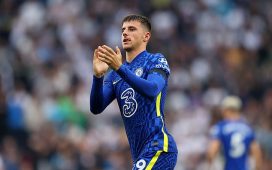 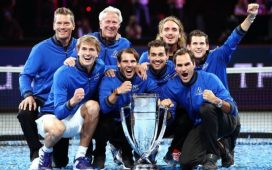 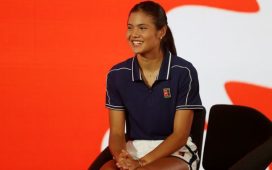