Rob Kardashian is adding to his already impressive tattoo collection!

On Saturday, September 13, the 33-year-old T.V. personality took to Instagram to show off his growing body art sleeve, simply captioning the post, “Hawái.”

The intricate compilation displays an accumulation of designs, including a crying eye, a cross with rays of light and the soft outline of a woman’s hand. He tagged tattoo artist Mister Cartoon, crediting him for the touch-up in Saturday’s post.

His older sister Kourtney cheered him on from the comments, writing, “And just like that he’s back.”

This comes less than a week since the announcement that Keeping Up With the Kardashians is coming to an end in 2021. However, the Kardashian brother has always been in an out of the limelight when it comes to the hit E! series. Back in 2012, he stopped participating in the reality show after gaining some weight.

According to his older sister Kim, he was just unhappy with his appearance. “I think he’s just going through a phase where he’s not comfortable in his own skin,” she explained on the Today show in 2015. “He is working really hard to get back to where he really wants to be.”

Then in 2016, he returned to the spotlight for his own spin-off called Rob & Chyna. This series followed him and his then-fiancee Blac Chyna when she was pregnant with and gave birth to their daughter, Dream.

Surprisingly, this tattoo post is a departure for the famous fam as the Kardashian-Jenner family doesn’t showcase a lot of body art. Besides Rob, Kendall and Kylie are the only other siblings to have tats — though their choice of ink placement is a bit more discreet.

Though rarely ever seen, the Lip Kit creator’s collection is made up of about 10 different designs, including her grandmother Mary Jo’s signature, a tiny heart, “la” and a “4:43” on her wrist, which is the exact time that her daughter Stormi Webster was born on February 1, 2018. 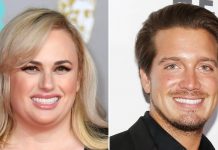 ‘AGT’ Winner Brandon Leake: How He’ll Spend His $1 Million — I Want To ‘Invest Back In My Community’ 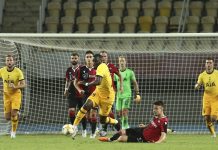 Pump Rules’ Katie Maloney: I Have ‘Zero FOMO’ Over My Friends’ Pregnancies

Hannah Brown’s Evolution: From ‘Bachelor’ to ‘DWTS’ Champ and Beyond 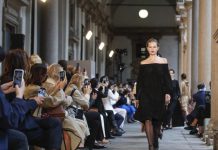 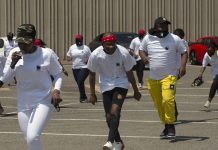 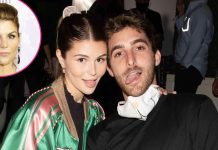 Tyra Banks Claps Back At Critics of Her ‘DWTS’ Hosting Skills: ‘We’re Gonna Keep On Going’