Ritu Rani, Indian women’s hockey team captain, has been been dropped from the Rio Olympics-bound side owing to lack of performance and attitude problems.

The final squad of 16 is to be picked in three days’ time but a senior member of the team management confirmed that Ritu has left the ongoing national camp in Bangalore.

“It’s correct Ritu is not in the Olympic team. Her exclusion is solely on two counts – her (poor) performance and second is her attitude,” a top source said.

“It has been explained to her time and again that she needs to lift her performance but she couldn’t do so. The camp is still going on in Bangalore. It will disperse today and tomorrow we are reaching Delhi. Ritu left the camp day before yesterday.”

Under Ritu’s leadership the Indian women’s team qualified for the Olympics for the first time in 36 years since 1980.

The 24-year-old has been at the forefront of Indian women’s hockey for more than a decade and has been the key to the midfield.

Despite repeated attempts, Ritu could not be reached for her comments. In her absence, the leadership role could fall on another senior player Rani Rampal.

However, Hockey India President Narender Batra tried to downplay the issue while calling it “immature” behaviour on part of the player.

“It’s really imature on part of Ritu because the team is not yet announced. It will be officially announced only on July 12 when I will publicly open the sealed envelope,” Batra said.

“Yes, the team management has given me their recommendations about captain and vice captains of both the teams and it will be finalised on July 11 during the HI executive board meeting.” 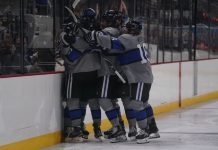