An inquiry into the destruction of Juukan Gorge has heard that Rio Tinto is expected to destroy another 124 Aboriginal heritage sites at a new iron ore development less than 100km away from the exploded rock shelters.

Questions have also been raised over whether the approval granted by the WA government to destroy the 46,000-year-old sites in Juukan Gorge was valid.

Rio Tinto destroyed the two ancient rock shelters on 24 May, on the basis of ministerial consent granted by the then WA Aboriginal affairs minister, Peter Collier, in 2013. The then premier, Colin Barnett, has recently called for a royal commission.

Robin Chapple, a WA Greens MP, told the inquiry that Collier gave consent under section 18 of the Aboriginal Heritage Act 1972 on the basis of a recommendation from a meeting of the Aboriginal Cultural Materials Committee on 18 December 2013.

That meeting ran for 50 minutes and considered 124 Aboriginal heritage sites, including the rock shelters known as Juukan 1 and 2. It was presided over by the chair of the committee, one committee member, and three ex-officio members.

“There is a high likelihood that that recommendation to the minister was invalid,” Chapple told the joint standing committee on Northern Australia in a telephone hearing on Monday. “And the reason for that is the act specifies that only two members of that committee can be ex-officio when it comes to a quorum of five.”

That means the state could be liable for a compensation claim from the traditional owners of Juukan Gorge, the Puutu Kunti Kurrama and Pinikura (PKKP) people, Chapple said.

The PKKP are already in confidential talks with Rio Tinto about compensation and guaranteeing further heritage protection. The area around Juukan Gorge, which the company decided not to avoid in order to access an additional $135m in high grade iron ore at its Brockman 4 mine, is now subject to a moratorium.

South of the PKKP county, the Yinhawangka Aboriginal Corporation (YAC) is attempting to prevent the destruction of 124 Aboriginal heritage sites that are in the path of Rio Tinto’s Western Range deposit. Rio Tinto has already received section 18 approval to destroy 26 of those 124 sites, which YAC has no right to oppose.

There are 327 heritage sites in that area alone. Rio announced in February that it discovered 200 million tones of iron ore at the site, which it is developing in a joint venture with China’s Baowu Group.

Dr Anna Fagan, an archaeologist with YAC, told the inquiry that some sites in the Western Range could be as old as Yirra, a significant rock shelter on Yinhawangka country that is estimated to be at least 27,000 years old. She said the full age and significance of both Yirra and the Western Range sites would not be known without further archaeological work, which YAC does not have the resources to fund on its own. Mining companies only fund extensive archaeological surveys if it’s a salvage mission prior to the site being destroyed, as they did at Juukan Gorge.

“We rely on Rio’s goodwill,” YAC chief executive Grant Bussell told the inquiry. “For example, for Yirra they have offered us some funding to continue with that. And I certainly believe that because of your inquiry and the failures that happened in PKKP country, they are more sensitive now and a little more careful around the protection of sites.”

Bussell said he had heard “positive sounding statements out of Rio” but the company had yet to tell YAC they would review all active section 18 approvals over YAC land, and whether they would renegotiate cultural heritage agreements.

BHP, Rio Tinto’s biggest competitor, has agreed to both. It is working to differentiate itself from Rio Tinto, which prior to the destruction of Juukan Gorge was considered the leading practitioner in protecting Indigenous heritage in Australia. Rio Tinto’s global chief executive, the Perth-based chief executive of its iron ore division and another executive resigned over the incident, which Chapple said was “what’s known in the Pilbara as a cluster, and I’ll let you finish the rest of the word”.

Cedric Davies, a geologist who has worked with both native title groups and mining companies in the Pilbara, including Rio Tinto, said he “wasn’t shocked that Rio had obtained a section 18 consent; that kind of thing happens all the time. But I was shocked at the scale of the site that had been destroyed and I was shocked that it was Rio Tinto … they had so long been considered to be industry leaders and I couldn’t fathom what they were thinking”.

He said mining companies received privileged treatment in Western Australia, down to the speed with which they can expect a response from government departments, and that makes everything much harder for Indigenous groups.

“If I ask for a map, if it’s for a mining company I usually get a map back within one or two days, with an apology if it’s later than that,” he said. “If I’m acting on behalf of an Indigenous group, it’s usually after follow-up emails weeks later.”

Bussell said the new draft Aboriginal heritage legislation will not correct that imbalance.

“I don’t see a single thing that would stop Juukan from happening again,” he said. “This is Western Australia. The mining industry is powerful. It’s a very good force for the country and for WA but when you bring it up against Aboriginal people and this remarkable heritage we have … you guys know as well as I know who is going to come out on top.”

He said the minister should not have discretionary power to grant approval to destroy a heritage site unless it has gone through an independent review process through a body like the state administrative tribunal.

Woodside operates gas plants on the Burrup peninsula among the world heritage nominated Murujuga Aboriginal cultural landscape, one of the oldest and most extensive areas of rock art in the world. It said it had not disturbed any heritage sites since 2007, and that rights of traditional owners to appeal the destruction of heritage should be “time bound and expedient”

“But if more information comes into the table [after approval to destroy a site has been granted] we must deal with it, our policy requires it,” said Daniel Kalms, Woodside’s senior vice-president of corporate and legal. 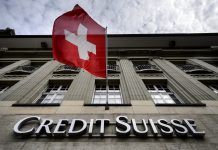 US election 2020: Trump and Biden camps rally in Arizona – live 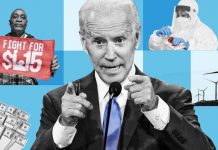 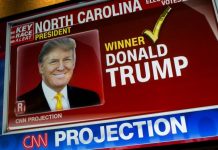 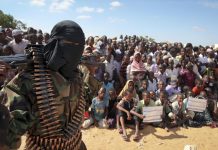 US focused on disrupting finances for Somalia's al-Shabab 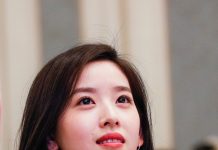 China's young billionaires are riding the tech boom. Here are the 20 richest 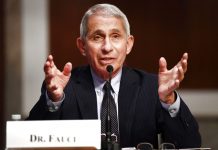 Dr. Fauci warns of a ‘whole lot of pain’ due to coronavirus pandemic in the coming months 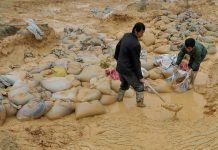 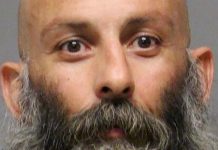