A Jesse Lingard-powered West Ham continued their season of exceeding expectations with a clinical win over a surely-doomed Sheffield United.

The hosts climbed above champions Liverpool with 24 games played in this relentless season, and while David Moyes said talk of the top four “makes me feel uneasy”, good performances in the five matches his team face before April could have their fans’ dreams turning into something other than bubbles.

Lingard was at the forefront of the win, the loanee rescued from the Manchester United scrapheap turning the match with his energy and incision. He won a penalty late in the first half before Issa Diop doubled the score an hour in and substitute Ryan Fredericks wrapped it up in injury time.

Lingard’s all-round play, however, was too much to handle throughout for a Sheffield United side with no cutting edge and the odd, crucial mistake in their play. Their manager, Chris Wilder, was in particular made to rue a succession of missed opportunities from striker David McGoldrick.

“Some of Jesse’s stuff was great,” Moyes said of his former United charge, though he was keen to keep the individual praise to a minimum. “He was a great outlet, though if he had released the ball a bit quicker he could have had more opportunities,” he said. “Jesse’s ability has always been there, and overall he’s a talented footballer who can give us something in the final third.”

The first half was bookended by two penalty calls, both horrible in their own way. The first was just four minutes in following a free-kick given away cheaply by Sheffield United’s Ben Osborn. Declan Rice forced a save from Aaron Ramsdale with the set piece, but it was not a very good one and Craig Dawson was on to the rebound, getting his toe to the ball just before Enda Stevens and going over from the subsequent contact.

Referee Simon Hooper pointed to the spot but that was just the start, of course, as VAR got to its assiduous, tedious, will-sapping work. The foul was marginal but cleared the video-assisted bar. Stockley Park then worked backwards though, to the free-kick itself, and lines started to appear on Dawson’s knee. The West Ham man had got ahead of Stevens and, as defined among the small print of Rule 11, the goalkeeper’s intervention had not prevented him from eventually being offside.

So that was that. The penalty that was came as West Ham grabbed control of the game as the first half came to a close. This time it was horrible in the way Sheffield United coughed it up: mugged of possession on halfway by Lingard and cut open from there.

Lingard pinched the ball from Chris Basham, and Jarrod Bowen drove the ball to the box before squaring to Lingard. As the attacker angled to get a shot off, Basham emerged stage left to bring him down. A clear penalty decision, it provoked no digitised officiating and this time Rice had the chance to step up and sweep the ball home.

McGoldrick had opportunities in the first half, opting to take the ball on his toe rather than with his head early on when a goal could have changed the dynamic entirely. In the second half, it got far worse. Two headers, first bounced off a defender and then down into the arms of Lukasz Fabianski, when it would have been easier to score. Meanwhile at the other end, Diop flicked an Aaron Cresswell corner beyond Ramsdale and Fredericks, following tricksy work from fellow sub Saïd Benrahma, drove home the third with the last kick of the game.

Wilder berated mistakes from his team and chances not taken. They remain bottom of the league and the performance “epitomised our season,” he said. “It was a long walk from the technical area to the dugout,” he added, and that was only partly the fault of the stadium. 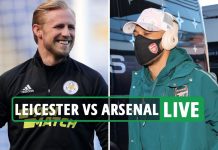 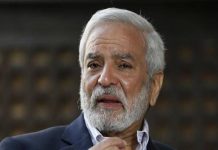 ICC will get written assurance from BCCI by March regarding issuance of visas for our players, says Ehsan Mani 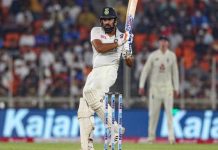 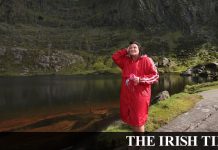 Swimming in the planet’s deepest, darkest waters is where Nuala Moore feels most alive 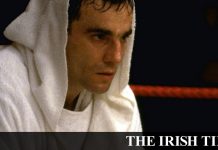 Great Escapes: When Daniel Day-Lewis became king of the ring