“Richard Jewell” is a typically strong late-period Clint Eastwood docudrama that balances grand American themes while captivatingly dramatizing the villainization of the Atlanta Olympics bombing hero, only to needlessly tarnish itself with a wanton and unfounded depiction of a female journalist at the center of the 1996 media storm.

Eastwood’s drama is about Richard Jewell (Paul Walter Hauser), the security guard who discovered the bomb in Centennial Park and who, by moving crowds away from the suspicious backpack, saved lives from the explosion. One died and more than 100 were injured, but the damage done could have been significantly worse.

Jewell found himself quickly catapulted onto the national news and celebrated for his actions, only to soon turn into the focus of the FBI’s investigation when misguided investigators decided Jewell – a so-called “frustrated white male” with an extensive gun collection who lived with his mom (Kathy Bates) and had a history of misusing his power – matches the profile of a “false hero.”

The entire concept of a “false hero” seems tailor made for Eastwood, who has spent much of his career, especially recently (“Sully,” “The 15:17 to Paris”), examining the nature of heroism and scrutinizing how a sense of civic duty arises despite, not because of, a rapacious modern American society.

In “Richard Jewell,” Eastwood’s critique focuses on two institutions – the government (by way of the FBI) and the media (by way of an Atlanta Journal Constitution reporter who broke the story that Jewell was being considered a suspect). Olivia Wilde plays that reporter, Kathy Scruggs, who like most of those depicted in “Richard Jewell,” is based on a real person.

But the venom reserved specifically for Scruggs is mystifying. Scruggs, who died in 2001, is shown not just as overwhelmingly arrogant and bitter but as a reporter who sleeps with a source (Jon Hamm’s FBI agent) for the scoop. In a film that otherwise strives for accuracy (screenwriter Billy Ray based it on Marie Brenner’s 1997 Vanity Fair article “American Nightmare: The Ballad of Richard Jewell”), it’s a glaring and offensive invention that perpetuates a false and misogynistic view of female journalists, let alone of Scruggs. “Richard Jewell,” about larger powers running roughshod over an innocent individual, enacts the very injustice it depicts.

It’s a shame because the rest of “Richard Jewell” is often a thought-provoking docudrama with a singular protagonist. We first meet Jewell as a supply room clerk rolling a mail cart through an office. He catches the attention of one attorney, Watson Bryant (Sam Rockwell), by thoughtfully, if a little creepily, stocking his desk drawer with candy bars. “I’m going to call you Radar,” Bryant says.

When Jewell leaves for a security gig with plans on becoming a police officer, Bryant cautions him: “A little power can turn a person into a monster.” Jewell will have his own struggles with that (he makes for an extremely aggressive college campus security officer) but there are those with far less restraint in “Richard Jewell.”

Eastwood cuts between Jewell’s past while leading up to the fateful night, depicting an awkward and serious young man who speaks in platitudes but struggles to achieve the higher status he aspires to. “The world owes us better than this,” Jewell laments to his mother.

The portrait of Jewell is remarkably nuanced. Hauser, who played the dimwitted accomplice in “I, Tonya,” imbues him with a flawed humanity. His life doesn’t stand up well to the spotlight. He has been guilty of impersonating an officer, unpaid taxes and even keeping an item from the bomb scene as a souvenir. But he’s mostly doing his best, and even the most imperfect are capable of something great. Jewell is slow to realize the FBI’s increasingly serious inquiry, but Hauser captures Jewell’s growing disillusionment with subtlety, as he finally begins to doubt the very things he most believes in about law enforcement. Jewell died in 2007 at age 44.

But a question of emphasis begins to overwhelm “Richard Jewell.” There’s little doubt that some of the coverage of Jewell was sensational; that alone would have been worth dramatizing. There’s also little question that a great many people watching a movie about an innocent white man profiled by police for a crime he didn’t commit may note that the trials of the stereotyped “frustrated white male” pale in comparison with those of different backgrounds.

If Eastwood had extended the sensitivity it shows to Jewell to others, it might have been worth something more. Instead, it becomes just what it preaches against: a hatchet job.

“Richard Jewell,” a Warner Bros. release, is rated R by the Motion Picture Association of America for some sexual references and brief bloody images. Running time: 129 minutes. One and a half stars out of four.

‘Pitch Perfect’ Cast: Where Are They Now? 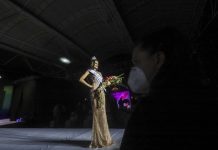 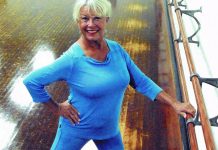 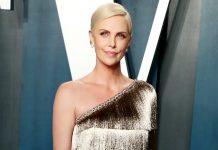 Self-Love! Charlize Theron's Most Empowering Quotes About Being Single 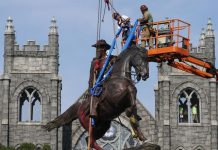 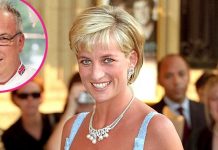 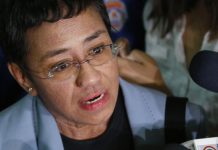 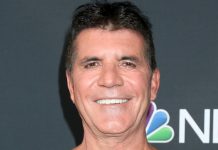 Simon Cowell Hospitalized With Broken Back After Bike Accident

Chef Darnell Ferguson is the star of this Alabama eatery