Metakovan, the Singapore-based pseudonymous and otherwise anonymous founder and financer of the crypto fund Metapurse, is the buyer of Beeple’s digital work of art, Everydays: The First 5,000 Days (2021). The first non-fungible token (NFT) to be sold at auction reached an eye-watering $69.3m (with fees) or around 42,329.45 Ether at Christie’s online sale yesterday.

Metapurse describes itself as a “crypto-exclusive fund that specialises in identifying early-stage projects across blockchain infrastructure, finance, art, unique collectibles, and virtual estate”. It is also a production studio for NFTs and a major funder of the digital art form, reportedly owning the largest known collection of NFTs in the world—a cache that is now even bigger, or at least, more expensive.

“When you think of high-valued NFTs, this one is going to be pretty hard to beat,” says Metakovan in a statement. “And here’s why—it represents 13 years of everyday work. Techniques are replicable and skill is surpassable, but the only thing you can’t hack digitally is time. This is the crown jewel, the most valuable piece of art for this generation. It is worth $1 billion.”

Twobadour, the steward of Metapurse whose real identity is also unknown, adds: “A renowned auction house, a contemporary artist; a wholly digital masterpiece that lives on a shared financial platform on the internet, acquired by a person of color. This certainly is history. We also hope it is the future.”

Metokovan’s real identity has not been revealed, but he said in an interview with the HackCrypto podcast that he is “from the East” and a spokesperson said his ethnicity is South Asian. He also explained that he is an early cryptocurrency adopter who for years did not have a traditional bank account—and still does not own a house or a car.

Back in January, Metapurse announced that it had spent more than $2.2m on buying the complete set of 20 first edition works of art in the Beeple Everydays: The 2020 Collection via a Nifty Gateway auction. “With the average price at $109,000, bidding on every piece was a battle,” a statement says on Metapurse’s Substack. “We did in two days what most NFT aficionados or funds would do in two years. We had a game plan. We were driven. And we had a mad vision for what comes next.” And the Christie’s sale was, perhaps, part of that mad vision.

That blog post states that “Beeple’s entry into the crypto art world is an accelerant for the entire NFT ecosystem” and that buying the 2020 collection was phase one. “Up next is a project and event that flips the art world status quo on its head,” it reads. “And the best part of this journey is that we are not alone in it. NFT newsmakers and commentators, technologists and artists—like Beeple, yes—are part of this conversation.”

Earlier today, the TRON blockchain founder Justin Sun took to Twitter to complain that he had narrowly missed out on buying the Beeple work thanks to a last-minute bid from Metakovan. Due to what appears to be a technical glitch, Christie’s website would not accept Sun’s bid of $70m with 30 seconds to go until the end of the timed auction.

Down with statue politics! Let’s put this lifeless public art back in its box | Catherine Bennett

The big picture: stepping out in style

From the archive: Lewis Morley, iconic photographer, looks back on the 1960s 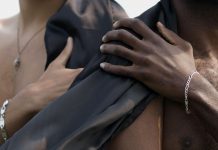 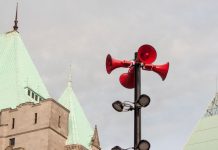 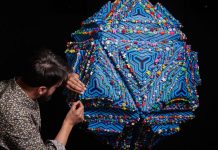 Stitching together a monument to sick kids, one bead at a time