The catalog order was out of sorts at the end of Tuesday’s session at the Keeneland September Yearling Sale in Lexington, Ky.

The four horses causing the catalog detour were the inaugural class of Keeneland’s RNA Re-offer program, which allowed sellers of horses that finished under their reserve during the auction’s first session the opportunity to run them the ring a second time at the end of Tuesday’s second day of trade.

Though each of the RNA Re-offer horses had a common touching point, each one took a unique path to and from it.

The quartet that went through the ring on Tuesday evening was narrowed down from an original group of seven yearlings that were announced by Keeneland at the end of Monday’s session. Consignors had to notify Keeneland Sales officials of their intentions to run their horses through again within 30 minutes of the close of Monday’s session. Buyers were then made aware of the horses to be offered through Keeneland’s social media channels and advertising.

For a few of the horses, that little extra boost of promotion was all they needed to make a sale happen. Mill Ridge Sales had two horses entered in the RNA Re-offer, but neither made it to the ring.

“The one that was early, Hip 70, was for a partnership, and we thought we had action, but didn’t have enough,” said Price Bell of Mill Ridge. “We RNA’d it for $125,000 and we wanted to support new ideas. Keeneland promoted it last night, and they promoted it today, and it probably let people know we wanted to sell these horses, that they weren’t RNAs to race. This morning, we had three people ask us about her, and we got it done.

Bell said the other Mill Ridge horse set to go through again, Hip 195, an Uncle Mo filly who was a $140,000 buyback, was offered late on Monday, and was entered for the second chance mostly to hold the spot until the consignor could talk it over with the breeder, who elected to keep the filly to race. Still, Bell said the filly had an inquiry from a potential buyer on Tuesday morning after the initial list was revealed.

“It was effective to get more eyes on them, and positions them to be buyable,” he said. “It’s not Plan A, but this late in the yearling season, sometimes you don’t have a Plan B. For this to be a Plan B for that draw and that day, is great.”

For the remaining four horses, it was a slightly different pre-sale experience than their first go-around. Book 1 of Keeneland September is often filled with all-shows and extensive vetting, as high-level buyers attempt to leave no stone unturned. By Tuesday, however, most shoppers have moved on with their inspections to the horses in Book 2.

It was largely business as usual for Taylor Made Sales Agency, which had two horses entered in the re-offer: Hip 72 by Justify (RNA at $200,000), and Hip 179 by American Pharoah (RNA at $140,000). The consignment regularly keeps its buybacks from the first session of Book 1 on the property for an extra day in an attempt to woo a private sale before taking them home. Taylor Made’s Mark Taylor said the discussion with the sellers to re-offer was not much different than it would be for any other RNA situation.

“It’s the same conversation you would have if this re-offer wasn’t in existence,” he said. “We always sit back and say, ‘Okay, we’ve got the horse back. Have you reevaluated what you would take for the horse, and if so, where do you think that is?’ Then, we go and start calling people that were interested. A lot of times, those people seek you out, too. In this case, I would say there’s no downside for putting them in. If someone calls you at noon and gives you the hammer price, and you want to go ahead and sell it, Keeneland’s going to allow you to do that.”

For both horses, Taylor said he expected them to bring more the first time around. He theorized that buyers might have thought that as well, which might have made them think the horses were out of their budget and look elsewhere. Multiple potential buyers made private offers in about the same price range, but all of them were slightly lower than the what seller was looking for, prompting the decision to let the hammer sort it out.

Catalog placement came into play for Hip 6, an Into Mischief colt who was bought back on Monday with a final bid of $340,000. It can take a while for a buyer’s bench to build up momentum, and the colt was re-entered with the hopes of catching the market once it’s warmed up.

“It’s been busy enough,” consignor Pat Costello of Paramount Sales said about an hour before the colt’s second trip through the ring. “He’s been out five or six times today. Hopefully, we’ll get something done.”

Though the shoppers had largely moved on to horses later in the sale, Kerry Cauthen of Four Star Sales said he worked on getting the minds of potential customers back to day one for a moment. Cauthen had Hip 111, a More Than Ready colt who was bought back at $145,000 after his first trip through the ring on Monday.

“People have obviously moved on to the next spot,” Cauthen said. “We mentioned it to everyone at Barn 42 (Four Star’s Book 2 barn), letting them know the horse was going to be offered again. A lot of people would have seen him, and it gets back in their head, and we had three or four people say, ‘I’m gonna watch him.’ I don’t know if it’ll work or won’t work, but there’s no harm in letting them have a look.”

Cauthen’s strategy was successful. Of the four horses that went through the ring for a second time on Tuesday, the More Than Ready colt was the only one to change hands at the fall of the hammer, improving his price from $145,000 on Monday to $150,000 on Tuesday.

The remaining three horses hammered for less the second time around, with Paramount’s Hip 6 getting the closest at $335,000 after initially bringing $340,000.

One of the caveats of the re-offered section was that reserves had to be set with 15 percent above or below the initial reserve on Monday, which could have affected the sale status of some of the horses that hammered for less. As horses clearly marked to sell, it is likely they will find buyers privately before the sale is through.

Tony Lacy, Keeneland’s vice president of sales, said he was pleased with what he saw with the re-offer program, between the private and public sales.

“I think there was a little bit of uncertainty over what it really was, but now that we’re at the stage of the day where you had a few people that felt the market didn’t treat them the way they expected, they can come back, and hopefully there will be better reception,” he said.

“There was anxiety amongst a group of sellers about being early in the sale, and as a former consignor, it definitely felt there was a lack of safety net in certain parts if you had a horse that may be perceived as having less marketability, or less appeal,” he continued. “Quite frankly, I think it really helped, and it helped solidify people’s confidence that if they didn’t get one sold early, that they had options.” 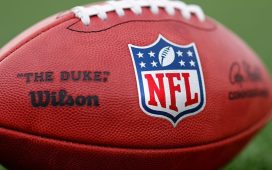 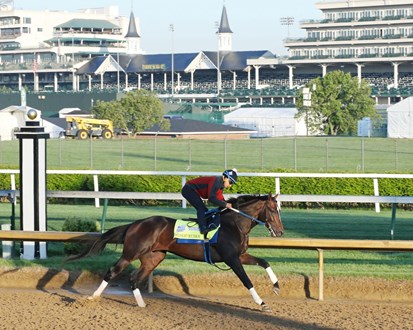