The first slate of DLC for Resident Evil Village has been announced, and it looks to seriously shake up the survival-horror game.

While Resident Evil Village might be best known for making the internet salivate over a nine-foot-tall aristocratic mutant lady, it also stood out for its first-person camera angle. That’s all changing, however, as publisher Capcom announced during its recent showcase (opens in new tab) that a third-person mode is coming to the game as part of its new Winters’ Expansion pack.

You’ll be able to play the entirety of the main story in third-person. The new game mode shifts the camera to the series’ classic over-the-shoulder perspective, giving you a wider view of whatever nasties are creeping up on Ethan.

Alongside that, an expansion for Resident Evil Village’s side mode, Mercenaries, was also unveiled. The DLC adds a roster of playable villains to the arcade-style shooter, including Chris Redfield, Karl Hesienbarg, and none other than Lady Dimitrescu herself. They’ll all feature particular weapons and abilities.

Finally, the new story DLC Shadows of Rose was also announced. It follows the grown-up daughter of Resident Evil Village protagonist Ethan 16 years after the events of the original game. You’ll guide her as she attempts to break free from her curse, while encountering a generous helping of gnashing grotesque, gnashing monsters along the way.

All three expansions will be bundled together as part of the Winters’ Expansion collection, which will also be bundled with the base game as part of Resident Evil Village Gold Edition. Both are set to release on October 28.

A change of camera angle can radically upend a game, especially a fright-soaked shooter like Resident Evil. The series switched to a first-person perspective with 2017’s Resident Evil 7, as it pivoted away from the action-orientated gunplay that characterized previous titles in favor of jump-scare-drenched horror.

The switch was a resounding success. Scurrying around the Baker ranch through the eyes of a helpless protagonist, unable to see what’s behind you without turning to face it head-on, only accentuated Resident Evil 7’s permanent atmosphere of dread. Resident Evil Village continued the trend, as it lent into the scarier side of the series.

Playing through Village in a third-person mode will certainly reframe the game’s atmosphere, but offers a good reason to return to Village for another playthrough. It also shifts the game to bear a closer resemblance to the Resident Evil 2 Remake and the latest version of Resident Evil 3. All three of these games have just received a free current-gen upgrade by the way, so you might want to get on that.

Between those shooters, Village, and the upcoming Resident Evil 4 Remake, Capcom has homogenized the series into a set of gorgeous third-person shooters fit for the latest hardware and game design.

A new third-person mode is also a fighting tribute to the series’ legacy. The over-the-shoulder camera style that now dominates third-person shooters was first made popular by Resident Evil 4. What better way to pay homage to that game than by changing Village to match. 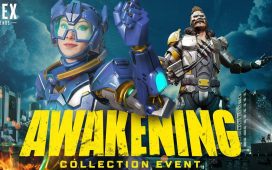