Researchers dipped their new, printed sensors into tuna broth and watched the readings.

It turned out the sensors — printed with high-resolution aerosol jet printers on a flexible polymer film and tuned to test for histamine, an allergen and indicator of spoiled fish and meat — can detect histamine down to 3.41 parts per million.

The U.S. Food and Drug Administration has set histamine guidelines of 50 parts per million in fish, making the sensors more than sensitive enough to track food freshness and safety.

Making the sensor technology possible is graphene, a supermaterial that’s a carbon honeycomb just an atom thick and known for its strength, electrical conductivity, flexibility and biocompatibility. Making graphene practical on a disposable food-safety sensor is a low-cost, aerosol-jet-printing technology that’s precise enough to create the high-resolution electrodes necessary for electrochemical sensors to detect small molecules such as histamine.

“This fine resolution is important,” said Jonathan Claussen, an associate professor of mechanical engineering at Iowa State University and one of the leaders of the research project. “The closer we can print these electrode fingers, in general, the higher the sensitivity of these biosensors.”

Claussen and the other project leaders — Carmen Gomes, an associate professor of mechanical engineering at Iowa State; and Mark Hersam, the Walter P. Murphy Professor of Materials Science and Engineering at Northwestern University in Evanston, Illinois — have recently reported their sensor discovery in a paper published online by the journal 2D Materials.

The National Science Foundation, the U.S. Department of Agriculture, the Air Force Research Laboratory and the National Institute of Standards and Technology have supported the project.

The paper describes how graphene electrodes were aerosol jet printed on a flexible polymer and then converted to histamine sensors by chemically binding histamine antibodies to the graphene. The antibodies specifically bind histamine molecules.

The histamine blocks electron transfer and increases electrical resistance, Gomes said. That change in resistance can be measured and recorded by the sensor.

“This histamine sensor is not only for fish,” Gomes said. “Bacteria in food produce histamine. So it can be a good indicator of the shelf life of food.”

The researchers believe the concept will work to detect other kinds of molecules, too.

“Beyond the histamine case study presented here, the (aerosol jet printing) and functionalization process can likely be generalized to a diverse range of sensing applications including environmental toxin detection, foodborne pathogen detection, wearable health monitoring, and health diagnostics,” they wrote in their research paper.

For example, by switching the antibodies bonded to the printed sensors, they could detect salmonella bacteria, or cancers or animal diseases such as avian influenza, the researchers wrote.

Claussen, Hersam and other collaborators (see sidebar) have demonstrated broader application of the technology by modifying the aerosol-jet-printed sensors to detect cytokines, or markers of inflammation. The sensors, as reported in a recent paper published by ACS Applied Materials & Interfaces, can monitor immune system function in cattle and detect deadly and contagious paratuberculosis at early stages.

Claussen, who has been working with printed graphene for years, said the sensors have another characteristic that makes them very useful: They don’t cost a lot of money and can be scaled up for mass production.

“Any food sensor has to be really cheap,” Gomes said. “You have to test a lot of food samples and you can’t add a lot of cost.”

Claussen and Gomes know something about the food industry and how it tests for food safety. Claussen is chief scientific officer and Gomes is chief research officer for NanoSpy Inc., a startup company based in the Iowa State University Research Park that sells biosensors to food processing companies.

They said the company is in the process of licensing this new histamine and cytokine sensor technology.

It, after all, is what they’re looking for in a commercial sensor. “This,” Claussen said, “is a cheap, scalable, biosensor platform.” 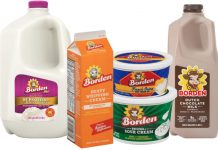 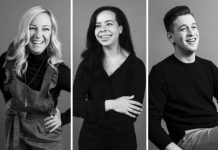 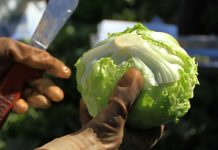 Bagged Salads Recalled After Hundreds Are Sickened in the Midwest 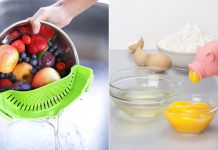 29 Useful Kitchen Items You Should Own, If You Don't Already 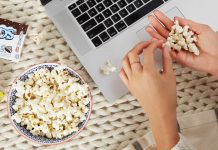 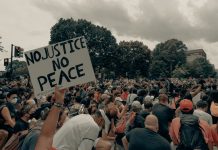 Activists – It's a Marathon, Not a Sprint 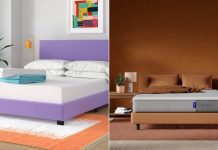 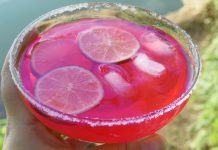 Not Only Is This Prickly Pear Margarita Delicious, but It's Also So Pink and Pretty 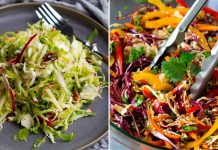 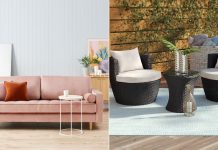 Wayfair's Fourth of July Sale Started Early, and These Low Prices Will Blow You Away