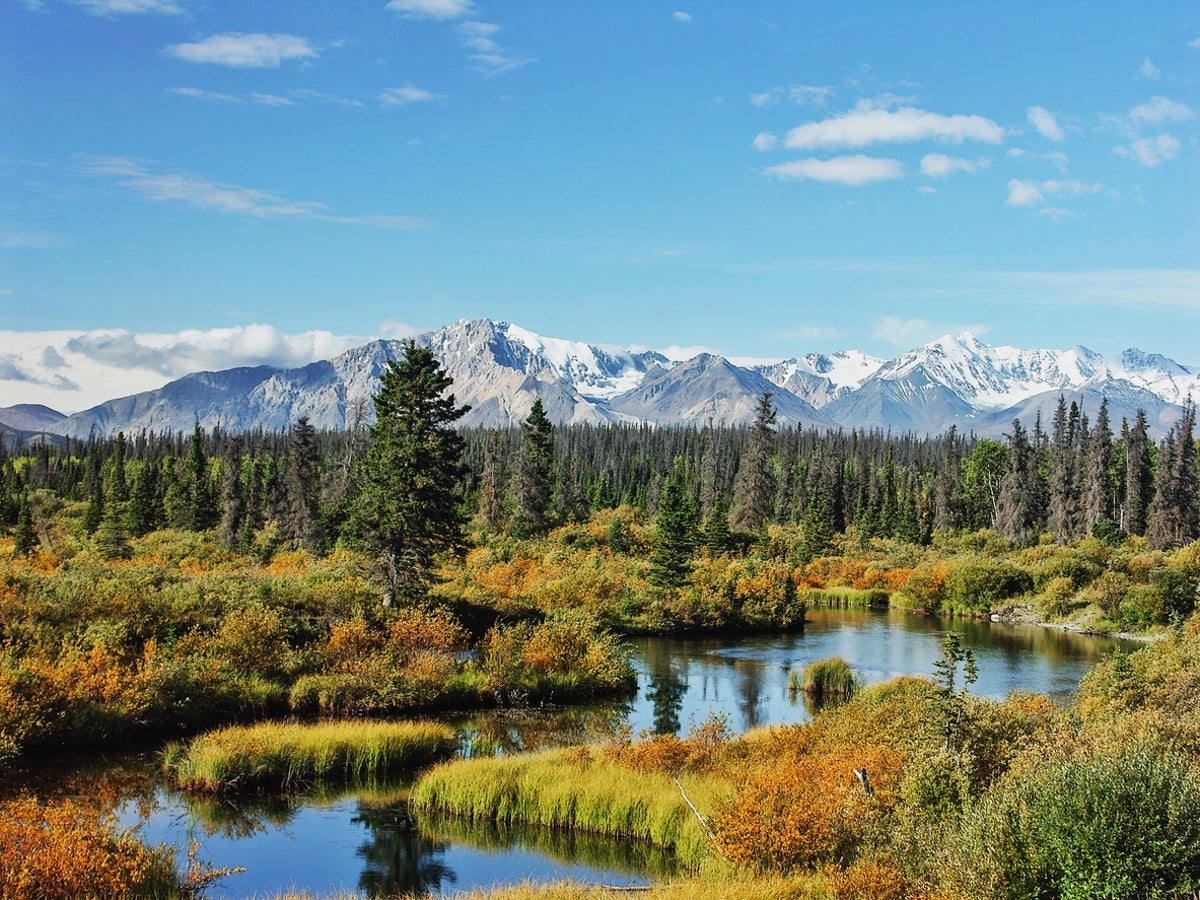 A University of Virginia researcher traveling through the Yukon region of Alaska last week saw something very memorable: a woolly mammoth tusk protruding near a riverbank.

Adrienne Ghaly, a literary scholar with an interest in environmental humanities, was on a float with a university group when she snapped a picture of the sizeable tusk. The University of Alaska at Fairbanks first identified the fossil more than a year ago.

“U Alaska Fairbanks have been monitoring it since it was exposed,” Ghaly wrote in a tweet. “They have a camera on it & tied ropes (the black lines) to it to ensure it doesn’t fall into the river. They scanned it to see if there is more #mammoth but no – just one tusk.”

The discovery, made near the remote town of Coldbank, Alaska, is notable. Woolly mammoths went extinct around 10,000 years ago, though their prevalence on the land now called Alaska was such that that the state made the woolly mammoth its official state fossil.

The mammoths grew to be roughly the same size as modern day elephants, but were covered in fur and had long tusks like the one found last week. Researchers in Alaska and Siberia have found other tusks, skeletons, and even carcasses containing stomachs.

Coldfoot, which at the last census had a population of just 34 people, is one of the very few Alaska towns north of the Arctic Circle accessible by road. It is considered the farthest north truck stop in the US, replete with an inn, gas station, and and cafe.

During the rest of the trip, Ghaly posted photographs of whale bones and a polar bear and traveled to Utqiagvik — the country’s northernmost city. Ghaly’s classes at the University of Virginia include “Extinction in Literature and Culture” and “Does Reading Literature Make You More Ethical? Really? The Novel and the Refugee Crisis.”