In a letter to her Democratic colleagues on Saturday, House Speaker Nancy Pelosi wrote, “The next few days will be a time of intensity.” That was an understatement. Democrats in the House and Senate are struggling to broker a compromise on two huge spending bills that embody much of President Biden’s domestic agenda. If Democrats fail to pass the bills, it could derail his Presidency and strengthen Republican chances of gaining control of the Senate or House in next year’s midterm elections. Meanwhile, after Senate Republicans blocked a temporary spending bill on Monday, Congress must also pass a funding measure by Thursday to avoid a government shutdown, and also deal with the threat of a potentially catastrophic debt default. It’s possible that each of these challenges will be resolved smoothly, but it would take a brave person to bet on this outcome. Like many other parts of the U.S. political system, the federal government’s budget process no longer operates on rational lines.

It’s important, however, to distinguish between two different strategies at work. On the Democratic side, there is a bitter but familiar tussle between progressives and moderates over tax and spending priorities. Fearing a last-minute double cross by moderates and the Party leaders, members of the House Progressive Caucus are refusing to support a trillion-dollar infrastructure bill until there is an agreement on a historic three-and-a-half-trillion-dollar Democratic spending package designed to bolster the social safety net and promote green energy. Given Democrats’ single-vote majority in the Senate, a deal of this nature requires Party-wide unanimity, including the participation of Senator Joe Manchin, of West Virginia, and Senator Kyrsten Sinema, of Arizona. Both have said repeatedly that they won’t support the broader spending bill with its current price tag. Hence the standoff.

On Sunday, Pelosi postponed a vote on the infrastructure bill from Monday to Thursday of this week. She also acknowledged, for the first time, that the three-and-a-half-trillion-dollar spending package would be trimmed back. “In order to move forward, we have to build consensus,” she told George Stephanopoulos, of ABC News. Appearing on “Meet the Press,” another Democratic Senator, Cory Booker, of New Jersey, predicted that his colleagues would reach an understanding. “This is Washington,” Booker said. “I’m sure there is going to be some sort of compromise.” Given that the alternative is an ignominious failure for the Party and its President, Booker may well be proved correct. Right now, though, the fault line running through the Democrats’ polity remains in place, with both sides trying to exert maximum leverage.

This sort of high-stakes intra-party politics is long familiar in American politics. As is common in such disputes, the onus will fall on the President to unite his party’s elected representatives behind a particular outcome, even though they may not like parts of it. By contrast, the brinksmanship surrounding the debt ceiling—which brings the threat of a government default—represents something more recent and ominous. Led by Mitch McConnell, the Senate Minority leader, Republicans in Congress are cynically exploiting for partisan advantage a set of antiquated rules and procedures that should have been done away with years ago. They are displaying a willingness to bring the country to the edge of a financial cataclysm amid a global pandemic.

Last week, the House passed a temporary funding bill that would keep the government running until December 3, 2022, and also suspend the debt ceiling until that same month. It was this bill that Senate Republicans were preparing to block on Monday, with McConnell accusing the Democrats of engaging in a “socialist” spending binge. For weeks, McConnell has made clear that his goal is to force the Democrats to raise the ceiling on their own, through the reconciliation bill, so that Republicans can attack them for profligacy going into next year’s Senate and House races. The G.O.P. is pursuing this cynical and reckless course even though Democrats twice agreed, during Donald Trump’s Presidency, to raise the debt limit on a bipartisan basis.

Today’s G.O.P. is utterly shameless, of course. Arguably, the Biden Administration and Democratic leaders in Congress should have acted upon this information sooner and taken steps to raise the debt ceiling before the threat was so close at hand. During the Obama Administration, Republicans in Congress blocked an increase and refused to budge in 2011 and did so again in 2013. During the first standoff, Standard & Poor’s, the ratings agency, cut the debt rating of the U.S. government for the first time in the nation’s history, noting that “the effectiveness, stability, and predictability of American policymaking and political institutions have weakened at a time of ongoing fiscal and economic challenges.” During the 2013 crisis, the federal government shut down for more than two weeks, and Fitch, another ratings agency, warned that the debt ceiling is “an ineffective and potentially dangerous mechanism for enforcing fiscal discipline.”

Despite these warnings, and others like them, nothing was done to reform or eliminate the debt ceiling, which is a hopeless anachronism. It dates to 1917, and most other advanced nations don’t have one. Like the filibuster, it survives simply because it can be used to frustrate the executive branch and, potentially, to bring the entire government to a halt. It has practically no positive utility. All it does is authorize the issuance of debt to spend money that Congress has already appropriated through the legislative process. A major reason that we are so close to breaching the existing ceiling is that the Trump-G.O.P. tax bill of 2017 added more than a trillion dollars to the national debt. McConnell doesn’t mention that, of course.

On Wall Street, most analysts are assuming that this confrontation, like the previous ones, will be resolved without an outright default, which would almost certainly cause a global financial crash. On Monday, the markets remained calm, with no sign of panic about the showdown on Capitol Hill. This stoic attitude toward happenings in Washington is probably reasonable, but, even so, it’s hard not to wonder just how much more self-harm and degradation the American political—and financial—system can take. After all, this country depends heavily on the faith of overseas creditors. (Of the roughly twenty-one trillion dollars in publicly owned U.S. government debt, about a third is owned by foreign investors, including foreign governments.) Not for nothing has Janet Yellen, the Treasury Secretary, been calling the C.E.O.s of major corporations and asking them to help persuade the Republicans to raise the debt ceiling.

Even if some corporate executives carry out Yellen’s request, Republicans on Capitol Hill are likely to ignore their entreaties, especially because Trump said publicly, last week, that his party’s representatives “would be both foolish and unpatriotic not to use their leverage now.” On some issues, the McConnell and MAGA wings of the Republican Party have their differences. When it comes to meeting the U.S. government’s financial commitments, they are equally feckless and irresponsible. 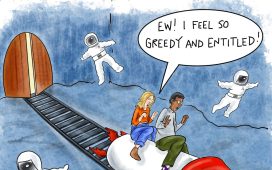 Welcome to the 2021 House of Horrors 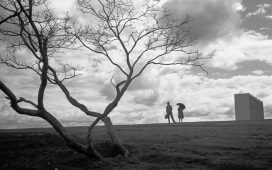 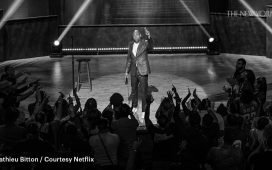 The Power of Dave Chappelle’s Comedy 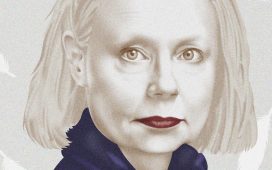 Fleur Jaeggy Thinks Nothing of Herself 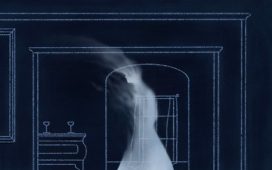 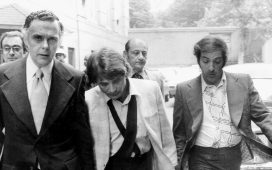 Why the F.B.I. Loves Mob Podcasts 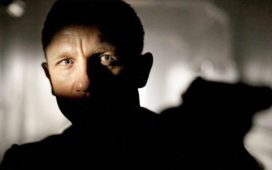 Cast Me as the Next James Bond 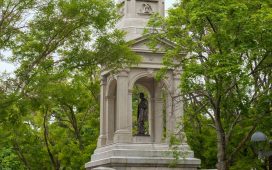 How Cities in the American North Can Reckon with Their Monuments