Republican Senator Ron Johnson of Wisconsin faced charges of racism and calls for his resignation after he told a radio host that he did not feel threatened by the pro-Donald Trump mob that raided the Capitol in January, but he would have been concerned if the invaders were “antifa” or Black Lives Matter activists.

“I never really felt threatened,” Johnson told Wisconsin radio host Jay Weber. He said the insurrectionists were mostly “people that love this country, that truly respect law enforcement, would never do anything to break a law”.

“Had the tables been turned and President Donald Trump won the election and those were thousands of Black Lives Matter and antifa protesters I would have been concerned,” Johnson continued.

Five people died in the 6 January riot at the Capitol, including one police officer, and dozens were injured. Prosecutors have charged more than 300 people with crimes and nearly that many had been arrested. Forty people have been arrested for assault on law enforcement officers.

“This didn’t seem like an armed insurrection to me,” Johnson tole the radio host. “I mean ‘armed,’ when you hear ‘armed,’ don’t you think of firearms?

The Milwaukee Journal Sentinel called on Johnson to resign in an editorial. “If he runs again, Johnson must be opposed in both the primary and general elections by people who care enough about democracy to support and defend it,” the paper said.

“No, Senator Ron Johnson,” tweeted Noah Bookbinder, president of Citizens for Responsibility and Ethics in Washington, “the truth is that the January 6 insurrectionists did break the law, they hurt and killed law enforcement officers, and they were trying to overturn the elected government of the United States.

“To say that the opposite is true about this group of insurrectionists, but that you would have been worried if they had been Black Lives Matters protesters, is racist, dangerous and unbecoming a United States senator.”

“Everybody in the country and the world saw the insurrectionists beat up, injure and kill law-enforcement at the Capitol and they saw them break the law over and over as they smashed windows and soiled the citadel of democracy,” she tweeted. “Everybody except Sen. Ron Johnson. He needs to go.”

A two-term senator, Johnson would be up for re-election in 2022. He was one of Donald Trump’s most vocal defenders through the former president’s two impeachment trials and supported Trump’s efforts to overthrow the 2020 election.

Days before the Capitol invasion, Johnson spread lies about voter fraud on national TV and called for a “full investigatory and fact-finding authority” to audit the election. The Trump justice department found no evidence of election fraud and dozens of courts rejected allegations of fraud by Trump lawyers as groundless. 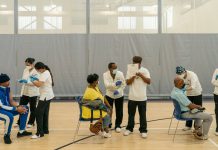 Johnson & Johnson Vaccine: Blood Clotting Cases Cause Calls for Pause in US 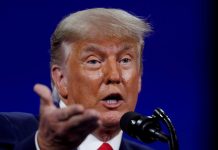 Multilateralism Is Back In Fashion At The White House 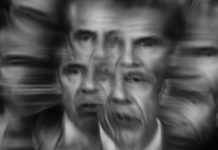 Pelosi mocked AOC in ‘childlike voice’ while hitting out at The Squad for attention grabbing, new book claims

Death toll up to 42 after migrant boat capsizes off Djibouti 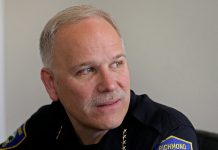 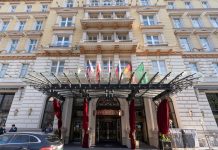 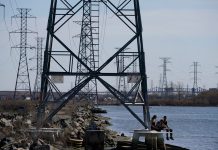