A criminal investigation into a private school in Ojai, Calif., facing decades of allegations of sexual misconduct has resulted in no criminal charges being filed after the authorities said that several factors hampered their efforts to hold potential predators accountable.

The coed Thacher School released a report through a private law firm last year that documented widespread sexual abuse and harassment on its campus dating back to the 1980s. Among the findings in the 91-page report was that a teacher raped a 16-year-old student, that a headmaster inappropriately touched students and parents, and that a college counselor groped a student.

Still, the Ventura County Sheriff’s and District Attorney’s Offices said in a joint statement issued Wednesday that they had examined about 100 cases of possible sexual abuse. They said that in most of the cases, two obstacles prevented investigators from pursuing criminal charges: the statute of limitations and the school’s decision to not immediately file reports to the sheriff’s office but to instead hire a private law firm to investigate dozens of instances of wrongdoing.

The law firm, Munger, Tolles & Olson of Los Angeles, interviewed more than 100 people for its report, including Thacher students, parents and faculty members. But in doing so, the firm and the school made detectives’ and prosecutors’ jobs more difficult because possible suspects declined to be interviewed.

“When suspects are alerted to potential crimes in a public report before law enforcement involvement, the likelihood of gathering statements from those suspects to corroborate or negate allegations becomes exceedingly difficult,” the authorities said in a statement.

The Thacher School said in a statement on Friday that it was grateful to the authorities “for the significant time and resources devoted to investigating allegations of sexual misconduct at Thacher.”

“Throughout the investigation, MTO and Thacher have continued to cooperate and share information with law enforcement,” the school said. “This has been done to support law enforcement’s efforts while working toward the release of public reports that provide transparency and accountability for what has occurred at the school. Doing so has allowed Thacher to learn from its past, provide better support for survivors, and implement safety enhancements to keep students safe.”

Munger, Tolles & Olson also did not immediately respond to an email seeking comment on Thursday night.

The conclusion to the investigation, which was previously reported by The Ventura County Star, was a disappointment for victims, particularly those who again participated in interviews, this time with officers, to no avail, said Paul Mones, a lawyer for Jennifer Christiansen Vurno, a former high school student at Thacher.

Ms. Christiansen Vurno, 44, said in an interview that she was sexually assaulted numerous times by a former employee who was a counselor, coach and administrator at Thacher.

“It threw my life just up in the air,” Ms. Christiansen Vurno said of being interviewed by investigators about her experiences. “I am a mother of three children, and I was really, really sick. It was really hard for me to go back and do this. And yet, I had to.”

After being interviewed by officials, she said she had held out hope that something would come from victims’ sharing what had happened to them at the college preparatory school for grades nine through 12 in Ojai, a city of about 7,400 in Ventura County, north of Los Angeles.

“I just can’t even believe that there’s no way to hold them criminally accountable for what happened,” Ms. Christiansen Vurno said.

She said that the report from the school also helped prevent other victims from speaking about their experiences with county officials because it is difficult to share such traumatic memories repeatedly.

“I know a lot of survivors, myself as well, it was really difficult to go through it again,” she said.

The Ventura County Sheriff’s and District Attorney’s Offices said that “despite the lack of charges in this case, victims of previously unreported sexual assault crimes at Thacher or elsewhere are strongly encouraged to report these crimes to law enforcement.”

The offices added that schools that are notified about past sexual assault allegations should contact law enforcement as quickly as possible.

The district attorney’s office, which investigated whether school administrators had failed to report possible abuse, said that while it had identified more than 50 instances of such possible failure, the statute of limitation had expired for most of those cases. In the other cases, the employees had not been aware of the abuse or there was no crime to report, the office said. Sometimes, reports had been made to law enforcement, the office added.

The challenge posed to officials in this case by the statute of limitations underscored how, across the country, time-limiting laws prevent scores of sexual assault cases from being prosecuted, in spite of persuasive evidence.

“This is not a California problem,” Mr. Mones said. “This is a national problem.” 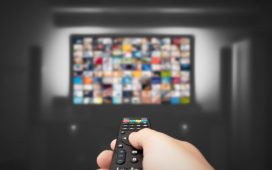 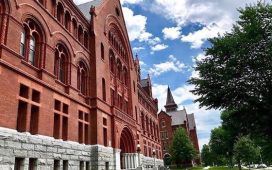