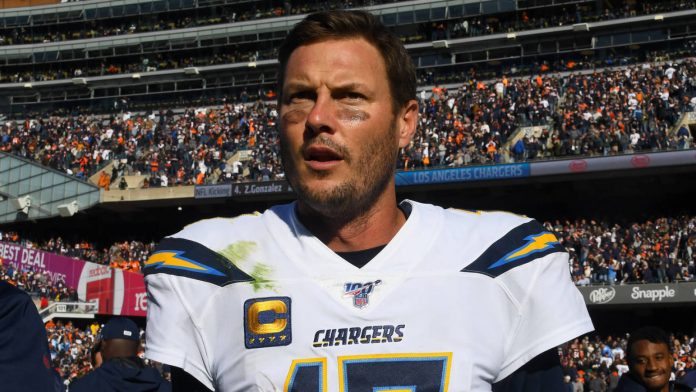 Washington sure sound like it’s in the quarterback market.

According to Pro Football Network’s Tony Pauline , the expectation at the NFL Scouting Combine is that Washington will launch a pursuit of free-agent quarterback Philip Rivers. Those sources, however, believe it will be very difficult for Washington to land Rivers unless it’s prepared to make a massive offer.

The expectation remains that Rivers is most likely to land with the Indianapolis Colts.

It’s pretty clear that Washington is at least exploring quarterback options for 2020. While it seemed that Dwayne Haskins was the team’s quarterback of the future, the organization’s draft visits, combined with this rumor, suggests that there is at least some uncertainty about that within the club. This may be a situation worth watching as the offseason kicks into high gear.

[CBS Sports] – Dwayne Haskins 2020 outlook: Concerns from Redskins QB's rookie year and what he must do to take next step – CBSSports.com

[Fansided: Riggo's Rag] – Redskins should have three straight revenge games on their 2020 schedule