PHOENIX (AP) – An elected Arizona utility regulator has shared discredited conspiracy theories while trying to persuade energy and power providers not to require their employees to receive a COVID-19 vaccine.

Arizona Corporation Commission member Jim O’Connor said during an interview that the government and the news media are covering up the shots causing numerous deaths and people becoming “human vegetables,” but there’s no evidence of such problems, the Arizona Republic reported Saturday.

O’Connor, a Republican, was elected last November to his statewide office as one of five commission members. He served as a presidential elector for then-GOP nominee Donald Trump during his successful campaign in 2016.

O’Connor said one source of his information was Ryan Cole, an Idaho physician who has made false and controversial statements about COVID-19.

The Annenberg Public Policy Center of the University of Pennsylvania debunked several of Cole’s claims about COVID-19 vaccines on its website.

The federal Centers for Disease Control and Prevention has determined that the vaccines are safe. Besides mild side effects such as soreness and fever, the only serious side effects so far are very rare blood clots associated with one of the three vaccines and even rarer allergic reactions.

Commission records indicate that O’Connor’s office sent a video by Cole and a statement from O’Connor to at least four major utilities and a trade group for water utilities, asking top officials to view the video “before ‘encouraging’ another employee to submit to this experimental vaccine,” the Republic reported.

“If people are willing to individually choose to get the shot, God bless them,” he said. “For those who aren’t, I don’t want people to lose a job, lose income.”

In March, during a commission meeting with utilities about preparing for summer’s peak demand on the power grid, O’Connor asked officials from companies including Arizona Public Service Co., the Salt River Project, Southwest Gas Corp. and Tucson Electric Power whether they were mandating COVID-19 vaccines.

None of the major utilities mandates the shots but all encouraged workers to get them.

CEO Mike Hummel of the SRP, a water and power district that is not regulated by the commission, said he did speak with O’Connor about vaccines after being contacted by O’Connor.

“We continue to see vaccines as a way out of this,” Hummel said. “What we’ve done is try to make information available to employees.”

The Republic reported that O’Connor’s outreach to utility executives discouraging the vaccine was first reported by the Yellow Sheet Report, a subscriber-based newsletter that is a sister publication of the Arizona Capitol Times. 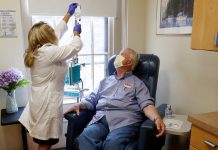 Medicaid Enrollment Surpassed 80 Million, a Record, During the Pandemic

New position statement declares that sleep is essential to health 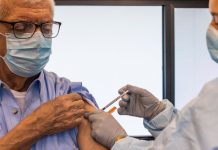 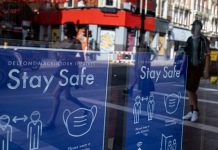 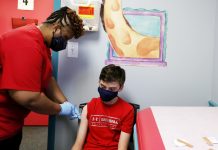 Dr. Scott Gottlieb worries about spread of delta Covid variant among kids in schools this fall