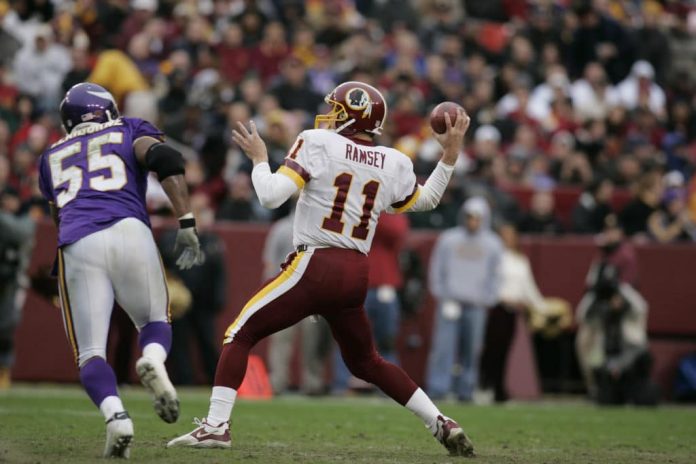 Editor’s note: As part of our NFL Draft blitz week, The Athletic NFL took a team-by-team and league-wide glimpse at the draft from 2000 to 2015 to gauge the success or shortcomings of every team. We cut it off at ’15 so that all players have reached the end of their rookie contracts or had fifth-year options exercised.

When considering Washington’s draft history from 2000 to 2015, as we did for this exercise, there’s one overarching theme that jumps off the page: the team has failed to win consistently with a quarterback selected during this period.

If recent trade acquisition Case Keenum ends up starting Week 1, in fact, he’ll become the 20th different starting quarterback the Redskins have used in the 2000s. (Bet you can’t name them all.) The Packers, by comparison, have used six during that same time frame.

Why have the Skins struggled so badly at the game’s most important position? Spotty drafting.

[The Washington Times] – Brad Johnson, Stephen Davis and the '99 Redskins