Growing up in Oakville, Ont., Mia Ines Isabella thought being called “exotic” was a compliment. The Filipino-Canadian would receive comments on her fair-yet-tan skin and was told by someone they liked her “because (she’s) only half-Asian.”

“It always had to do with this sort of ‘palpability’ of my appearance,” she says.

Years later, she would realize how problematic those comments were. On dating apps, fetishizations and racism would translate into DMs asking her if she’d ever eaten a dog. Men would send her yellow heart emojis symbolizing yellow fever, and many pick-up lines revolved around her mixed race.

“It became really internalized for me and affects the way I move through the world even now,” she says.

Many can relate to Isabella’s sentiments. A deep-rooted history of media portrayals and racist profiling of Asian women has presented them as hypersexual, submissive beings, or on the opposite end of the spectrum, desexualized and completely absent — robbing Asian women of their own narratives and the agency to live their lives freely.

Some Asians in Canada have been attempting to reclaim their bodies through safe spaces in their communities through Asian-specific dating apps, grassroots organizations, or within the sex industry itself.

For Isabella, reconnecting with her culture through her participation with Anakbayan, a Filipino youth advocacy group based in Toronto, has been gratifying for her over the past year.

She says she’s now in a place where she’s open and confident with her sexuality, but that stems from her identity as a person, not as an Asian.

“Reclaiming my sexuality has definitely been a journey,” she adds.

Many experts and advocates have brought up the issues stemming from the hypersexualization of Asian women, most recently in relation to the Atlanta spa shooting in March, which led to the deaths of eight people, six of whom were Asian women.

Police cited the gunman as a sex addict, seeking to eliminate the temptation the spas represented. One of the prosecutors for the shootings filed a notice that she intends to seek hate crime charges and the death penalty.

“The idea that it’s either sexism or racism is difficult for a lot of people to understand. It can be both at the same time,” says Henry Yu, an associate professor of history at UBC, whose research stems around race, immigration, Asian Canadian and Asian American history.

The rise of anti-Asian hate crimes over the past year, which has affected women at a higher rate, is a direct result of our embedded history of sexualizing Asian women, Yu adds.

“There’s an objectification of them as being vulnerable,” he says.

Throughout the 19th century, the U.S. has been at war with Asian societies and nations, Yu says, which has led to the development of sex industries and sex tourism we see in those countries today.

From the U.S. occupation of Japan to conflicts in the Philippines and the Korean War, tens of thousands of prostitutes and “comfort women” — those who were forced into sexual slavery — were used for American soldiers, as well as brothels set up close to military camps.

“Bangkok is the centre of the Southeast Asian sex industry and that’s purely the result of the Vietnam War and the use of Thailand as R&R (rest and recuperation),” says Yu.

4:30
Hidden Hate: Inside Hollywood’s history of anti-Asian racism and stereotypes

He adds that these conflicts helped shape the representations of both Asian men and women, lumping all Asians as the same enemy and foreigner, despite the diversity within the umbrella term “Asian.”

A history of legislation targeting Asians has also been rooted deeply in both the U.S. and Canada.

The Page Act of 1875 in the U.S. (enacted seven years before the Chinese Exclusion Act which suspended Chinese immigration), prohibited Chinese women from entering the country under the assumption that they were prostitutes.

In Canada, the Chinese Head Tax — which imposed a tax on any Chinese person entering Canada — discouraged Chinese women and children from rejoining with men, who typically came to work in low-wage sectors. Along with Canada’s own Chinese Exclusion Act, the gender imbalance meant it was difficult to reproduce or become a permanent resident.

“We think racism is ignorance,” says Yu. “Racism is not nice, but it’s not stupid. It’s very intricately rational and targeted, with a lot of thought put into some of these policies … We are not superior to the United States.”

Global News recently reported on Asian caricatures in Hollywood movies like Austin Powers in Goldmember or Breakfast at Tiffany’s, where actors would exaggerate their appearances, accentuating slanted eyes or speaking in purposefully broken English.

“Media is so powerful in a sense that it really does shape a society. For a generation, you had people who were raised to believe that Asians were the other, that it’s OK to make fun of them, or that they’re often odd or funny,” says Paul Sun-Hyung Lee, who played Appa on Kim’s Convenience.

The many problematic portrayals of Asian women in cinema gave the impression that they were all subversive, temptresses or sexual objects to conquer.

“For Asian American men, in particular, there’s a strange idea that they have to prove their masculinity,” he adds. “So you see the tropes of small penises as a stand-in for a lack of masculinity.”

Yu cautions against the use of the word “stereotypes” because it’s a harmful overgeneralization.

“To say, ‘Oh, there’s a stereotype of Asian women as sexual objects,’ it’s a set of very powerful representations that determine desires (and) determines how people treat one another,” he says. “It is racism.”

He does add that some people are able to play into these racialized representations, such as by entering the sex work industry, for example, which in turn shapes their own possibilities.

Elene Lam, the executive director and co-founder of Butterfly, an Asian migrant sex workers support network and advocacy group, cautions against some people speaking on the topic of Asian women and their hypersexualization.

“They are advocating for a specific moral agenda and assuming that Asian women should not be sexually active, or they are against sex work,” she says.

She points to Ontario’s Bill 251, the Combating Human Trafficking Act, which would require hotels to maintain a registry of every guest who checks in (including their name and address) and would allow inspectors to enter any place not classified as a dwelling without a warrant.

Advocates have said the proposed bill may do more harm than good for sex workers, considering it will expand police powers and target racialized workers.

“They are ending sex work instead of ending trafficking,” Lam says.

She adds that Asian women, in this sense, are presumed to be ignorant when it comes to their sexuality — in other words, desexualized and without agency.

“The focus should be on no matter who the person is, they should have the agency to be sexual without being judged,” Lam says.

For sex workers, she adds, Asians can lean into their sexualization, taking back the power by reframing their narrative. Agency over their sexuality and financial stability (over low-paying factory or restaurant jobs) can allow them to create better connections with people and have a steady income, Lam says.

“Workers are saying, ‘This is my job. This is my work. I use my body (and) I plan to earn a living. This is my decision,’” she adds. “And they are not being heard.”

Vancouver resident Ellen co-founded Project 1907, a women-led advocacy group aimed to elevate Asian voices, after she experienced racist comments directed at her while she was working during the COVID-19 pandemic.

“I think the most dangerous aspect of being an Asian woman is that our experiences are denied,” she says, adding that women are often told it’s not that bad and are gaslit or silenced. “We’re told that being desired by white men is a privilege.

“So we need spaces where we can process and move through this pain at a pace that makes sense to us.”

The name of the advocacy group is based on the 1907 anti-Asian immigration riots that took place in Vancouver for two days, leading to the destruction of many Chinese-owned businesses, homes and neighbourhoods occupied heavily by Japanese immigrants.

“It’s an invitation to look at our history as a starting point for healing and change,” Ellen says.

Project 1907 partnered with the Vancouver Asian Film Festival to create the Elimin8hate campaign, a reporting centre for Asians in Canada who have experienced racist incidents. According to their data, nearly 70 per cent of all reported incidents in B.C. are by women.

Ellen says the reporting platform can be a safe way for people to share their experiences who may not necessarily want to report to the police, but to know their story is contributing to a larger picture of what’s currently happening in the country.

“A lot of people have also said that it’s cathartic — or part of the healing process — to put what’s happened to you somewhere,” she adds.

Still, Asians’ propensity to stay quiet and private about trauma and inaccessibility to the digital platform means what’s being reported is only a small fraction of what’s happening, Ellen says.

The app — which is still in beta — is video-based, where users upload content based on prompts such as “What I love the most about being Asian is,” or “My Asian role model is.”

“You’re able to communicate your voice, your personality, your energy and your sense of humour,” says Yang. “It’s designed to help cut through stereotypes.”

“This is the most meaningful work that I’ve done in my life, in my career, and one that gives me a sense of fulfillment,” says Yang. “We are not invisible. There are so many like us. I am not alone.”

— With files from Global News’ Liem Vu and Emerald Bensadoun 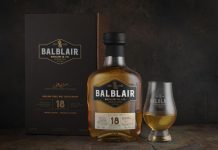 Single Malt Scotch Whisky Is Not Just For Cold Weather

Taste of freedom: a Kurdish winemaker’s journey from Manus Island to the Yarra Valley 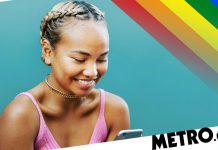 Why do people share their pronouns on social media and email signatures and should I do it? 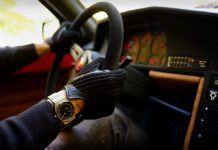 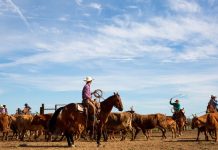 Skip the Dude Ranch. Try a Hands-on Vacation at These Working Ranches

In a pickle over Yotam Ottolenghi’s marination | Letter 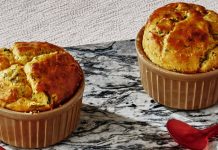 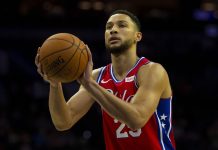 Try this recipe for quick, vegetable gnocchi – from the head chef at Lina Stores

‘It’s taken over two decades to be proud of my vulva’: We’re still struggling to accept our vulva, says new study

Move of the week: how to boost your bum | Shona Vertue

Cocktail of the week: Funkidory’s south-east side – recipe | The good mixer