In 2022, London’s National Gallery will finally get to mount its blockbuster Raphael exhibition for the 500th anniversary of the artist’s death – two years late, thanks to Covid. In the meantime, the Exhibition on Screen strand are offering this taster-cum-primer, which takes as its subject the 500th anniversary exhibition that did take place in 2020 in Rome, and much of which is travelling to London next year.

Raphael Revealed is directed by Exhibition on Screen veteran Phil Grabsky, and it provides a typically smooth and erudite presentation, bringing together artist biography, historical context, knowledgeable talking heads and beautifully filmed closeups of the works themselves. With a subject so well worked over, there’s not much all that new to say, but the depth and brilliance of Raphael’s painting is restated again, along with some interesting details gleaned from his preparatory drawings and archaeological activities.

Rather like Poussin, the subject of the National’s current show, Raphael paid a great deal of attention to the classical ruins littering Rome – and in the latter’s case, when they were only just being rediscovered and reappreciated in significant quantities. (There’s an interesting story about Raphael, along with Michelangelo and other fellow artists, being lowered on ropes into the underground remains of Nero’s Golden House, which had not long been unearthed.) In fact, Raphael’s rivalry with Michelangelo is a recurrent and entertaining thread here, as the pair’s increasing prominence led to jealousy, bitterness and outright machination. The point is also well made that, compared to Michelangelo and the other member of the High Renaissance trifecta, Leonardo da Vinci, Raphael was a finisher; not for him the years agonising over and reworking individual pieces.

The full breadth of Raphael’s achievement comes across here, along with his capacity to absorb the influences of his immediate predecessors and recast them in dynamic new forms. If nothing else, this is a superb motivator to get to the National’s exhibition; otherwise it’s a fine stand-in for the real thing. 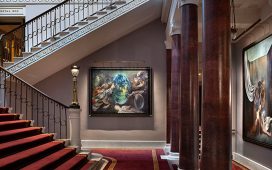 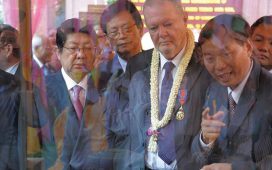 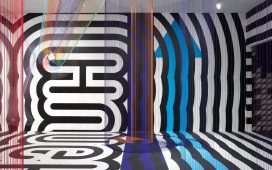 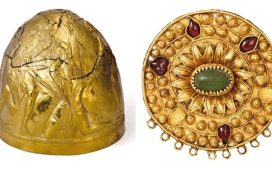 Rocky mountain high: 10 years in the Town of C – in pictures