Ramey: Before Treating Your Horse With Something, Here Are Three Important Questions To Ask


I will readily admit that I have not studied the religions and philosophies of India. Nevertheless, I find myself drawn to a quote that is attributed to Sai Baba, an Indian guru and yogi who lived in western India, and who died in 1918 (he’s buried in the town of Shirdi). Sai Baba is considered as a saint by many Hindus and Muslims (you can CLICK HERE to read about him, and if you ever think that this is just a horse blog, well, now you’ve been thoroughly disabused of that notion). I think that the quote has much to say in its own right, but this isn’t an Indian philosophy blog (CLICK HERE to see a list of Indian philosophy blogs).

Anyway, here’s what he said: “Before you speak, ask yourself: Is it kind, is it necessary, is it true, does it improve upon the silence?”

I’ve been thinking about this quote a lot, especially as pertains to treating horses. What strikes me about it is how it succinctly sums up what I think should be the approach to the veterinary care of horses. Of course, an interest in taking care of horses is something that everyone who reads my articles probably has in common, and while there may be some disagreements in the particulars of how we may take care of them, for me, at least, I think that Sai Baba’s words offer some pretty good direction, no matter what treatment is selected. See what you think.

1. Is it kind? If your horse is like, say, every other horse that I’ve ever seen – or person, for that matter – he’d probably prefer NOT to be bothered with some sort of medical attention. Horses would much rather be running around in a field, or munching on some hay, than they would be standing with some bandage on their leg, or having someone grinding away at their teeth. They don’t think kindly of that sort of attention. Of course, it’s also not kind to allow a horse to suffer, and that’s why, say, cutting into a horse’s abdomen for a colic surgery is kinder than letting him die of colic.

To me, “kind” implies that you should choose the treatment with the least amount of discomfort, side effects, fuss, and bother.

Of course, it’s “kind” that’s one of the appeals of the “natural” health movement – “natural” gets used as a synonym for “kind” or “good.” And, while the association “natural” with positive attributes is a bit silly (see, for example, rattlesnakes, or Hurricane Katrina), to be honest, I completely agree with the idea that a treatment should be as kind as possible. For example, I always preferable to use a treatment that is less invasive to one that is more invasive. Or, to take another example, I like the idea that, when treating a wound, you should never put anything on a wound that you wouldn’t put in your own eye. (CLICK HERE to read about things to put on wounds).

Still, kindness only goes so far. Kindness isn’t the ONLY thing that one needs to consider, when it comes to treating. In fact, if you use something to treat a horse that isn’t effective, that isn’t kind at all. We owe it to horses to treat them with things that are likely to be effective, and we shouldn’t bother them by giving them treatments that aren’t (and you shouldn’t have to pay for them).

2. Is it necessary? I really can’t think of any reason to give a treatment if a treatment isn’t needed. I figure that if a medication, product, or service isn’t needed by your horse, why bother? If it doesn’t do anything, why should you pay for it?

Now there’s no question that things get done to horses all the time that are both kind and not necessary for the horse’s health. Blanketing comes to mind. Daily brushing. Tail extensions. Deworming again and again without seeing if your horse actually has parasites (CLICK HERE to see recommendations on internal parasite control). Trimming a horse’s feet on a preset schedule, rather than as needed. Stuff that seems, on the surface, like excellent care, but isn’t really needed. It could be a long list.

And, of course, there a lot of things that people do to horses that aren’t necessary for the horse, but make the people feel better – brushing might fit in there, and surely checkered leg bandages – and, mostly, I’m OK with those things. I mean, why have a horse if you don’t get to feel good too? But things start to change if someone’s trying to sell you something. That’s where the “true” comes in.

3. Is it true? If I said that people should be told the truth about the treatments that someone wants to give to their horses, would you disagree with me? I hope not. Still, truth is a funny thing. In terms of medical treatments, it’s supposed to mean something like, “In accordance with fact or reality.” But when it comes to medical treatments, people mostly use the word “truth” to mean something like, “It worked for me (and that’s the truth).”

Sadly – frustratingly – medicine isn’t that simple. The history of medicine is littered with treatments that people swore “worked.” They were being truthful in their thoughts, even though, in the light of hindsight, it was clear that the treatment did no good – or even did harm. For example, George Washington was most likely bled to death by his doctors. At the time, bleeding was considered a standard medical treatment – it “worked” – for something like 2,000 years. So, I think that “true” has to mean something more than, “In my experience,” or, “In my opinion.”

For example, I have absolutely no doubt that almost every time when someone tells me (or writes to me angrily) that this or that “worked” for a horse, that that person is telling me a truth – their truth. But if someone else’s experience has been different – if, say, the exact same product or service hasn’t done anything at all – when that person says that it hasn’t done anything, he or she is telling the truth, too. So it seems to me that, in the context of treatment, there’s a deeper meaning of truth, and, given that this whole discussion started with a comment from Eastern philosophy, that’s probably not surprising. The deeper meaning goes beyond, “It worked for my horse.” I think that we owe it to everyone – and especially the horse – to find out if what we think is so (the truth, in some sense) is actually in accordance with fact or reality.

Now that said, one of the things that really makes me steam is the fact that there’s so much stuff out there in the horse world that’s just not true. Here are just a few examples:

To find out how deep the truth of what someone is telling you runs, ask them for the basis of their, “truth.” If they just come up with stories about how their horse was helped, or how this or that should be used because it is the “latest” treatment, I’d raise an eyebrow. You don’t want your horse to just be the subject of some treatment experiment that you pay for and of which no one is keeping track. That’s also not necessary or kind: to anybody. The sad thing about the horse world is that there are lots of people trying to sell you something but precious few who actually work to provide good evidence that their wares actually do anything.

4. Does it improve upon the silence? With treatments, “silence” means, “Doing nothing.” Otherwise stated, is the product or service that is given to the horse better than just doing nothing?One of the beautiful things about treating horses is that they try to heal whatever injury they have. All biological systems have mechanisms to try to repair themselves. The goal of a medical treatment is to try to do better than the horse’s body would have done on its own. If all you do is run around in circles providing treatments while the horse’s body takes care of the problem – and pay for the privilege of doing so – you really haven’t accomplished much.

It’s a simple fact that some of the treatments being given to horses today haven’t been shown to do more than the horse would do on its own. They keep getting given for a variety of reasons (hope, money, good intentions, etc). Of course, if improvement is noted while the treatment is being given, then the treatment usually gets the credit, at least for a while, at least until the next newest treatment craze comes along.

I think most people promoting this or that treatment or therapy really do want to help horses. I’m a skeptic, not a cynic. But I think you should keep Sri Baba’s words in mind when you consider doing something to or for your horse. If you can’t answer all four questions with a resounding, “Yes,” then maybe you should think twice.

Dr. David Ramey is a vocal advocate for the application of science to medicine, and—as such—for the welfare of the horse. Thus, he has been a frequent critic of practices that lack good science, such as the diverse therapies collectively known as “alternative” medicine, needless nutritional supplementation, or conventional therapies that lack scientific support.

This article original appeared on Dr. Ramey’s website, doctorramey.com and is reprinted here with permission. 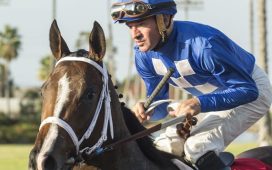 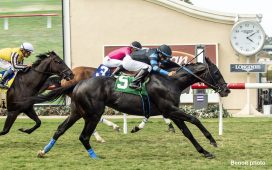 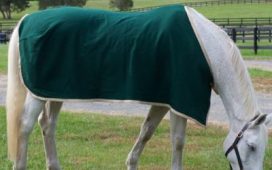 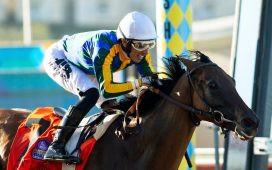