Ralph Fiennes: Photos Of The Actor Who Played Voldemort


Ralph Fiennes, born Dec. 22 1962, is an English actor, known for his roles in Schindler’s List, the Harry Potter franchise, and more. Ralph was born in Ipswitch of Suffolk, England to artist parents and from an early age he and his six siblings were encouraged to embrace their creative passions.

He pursued painting before deciding acting was his calling, and then began performing Shakespeare on stage. His big Hollywood break would come in 1993 with the WWII drama Schindler’s List.

His career was on the fast track after, but Ralph’s fame would catapult to new levels in 2005 when he first appeared in the Harry Potter films as dark wizard Voldemort. He would continue his blockbuster run when he joined the James Bond universe as the head of MI6 in 2012.

That much experience means Ralph has seen many red carpets through the years. He was especially dapper at the premiere of The Menu in New York on Nov. 14, 2022. His navy suit and brown patterned tie looked classic together.

Ready for more photos of Ralph Fiennes? Check out our gallery for all his best snapshots. 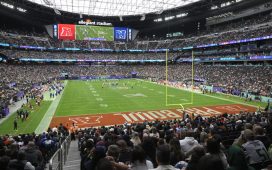 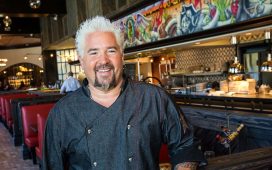