KIMI RAIKKONEN claims it’s “crazy to question”  the six drivers who  refused to take a knee at the Austrian GP.

Alfa Romeo’s Finnish star was among  the group  who chose not to kneel in support of the Black Lives Matter movement.

Six-time world champ Lewis Hamilton led the 13 other drivers who did take a knee on Sunday, but hit back at claims he tried to force all 20 to follow suit.

Raikkonen said: “Everyone has a right to do what they feel like. It is a bit crazy sometimes to question things, but that’s how it goes unfortunately.

“All the drivers are definitely against racism.”

Hamilton wore a Black Lives Matter T-shirt, while the other 19 drivers donned End Racism ones.

And Raikkonen, 40, the 2007  champion, told Sky Sports: “I am more than happy to help on these things, but each individual has the right to do how they feel most comfortable.

“F1 and  the teams are doing the best they can.”

Ahead of this weekend’s second GP in Austria, Brit Hamilton, 35, has vowed to continue to fight for racial equality.

Yesterday he declared: “I am not against taking the knee again.

“We really have to  continue to speak out, to utilise the moment to spread awareness and continue to push for change and that’s not going to go away any time soon. I will do my utmost.

“It is not my goal to take a knee during a national anthem but I am focused on trying to  win this championship and also fighting for equal rights.”

Renault’s Aussie driver Daniel Ricciardo, who did take the knee, defended those who chose to stand.

He said: “There was a  bit of difficulty with some drivers and their nationality and what something like taking a knee would represent.”

Hamilton’s Mercedes team-mate Valtteri Bottas and Ferrari driver Charles Leclerc were yesterday warned over putting F1 at risk by jetting back to Monaco.

Motor sport’s governing body, the FIA, wrote to both  to remind them about acting responsibly as they attempt to maintain their record of zero positive coronavirus tests.

Drivers, teams, media and operational staff have all signed a Covid Code of Conduct and, while neither Leclerc or Bottas broke the rules, the decision to leave their “bubbles”  angered paddock insiders.

BACK IN THE RING

Fall-out as United keep the bandwagon rolling at Villa Park

BOLT FROM THE BLUE

Haas driver  Romain Grosjean said: “The message was we had to stay here, so I was surprised to see people had gone home.”

Leclerc, 22, posted social media snaps of him hugging fans in an art gallery in his home principality after the Austrian GP, where he finished second.

Race-winner Bottas, 30,  was filmed on a speedboat celebrating  the birthday of girlfriend  Tiffany Cromwell.

Leclerc said:  “I’ve been tested twice before coming back —  both negative.”

Bottas explained: “I found out if it’s allowed to go back, and yes it is.”

However, their tests were not part of the FIA programme. 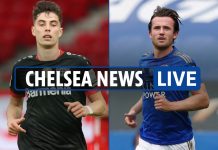 Fulham can learn from their 2018 promotion, which led to a letdown 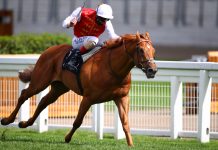 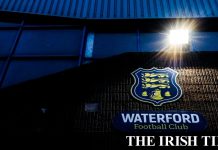 Who is Brooks Koepka’s girlfriend Jena Sims, and when did PGA Tour Championship golfer start dating US actress? 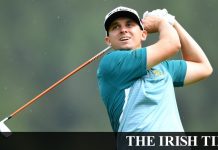 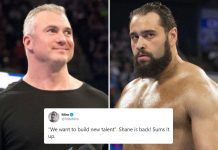 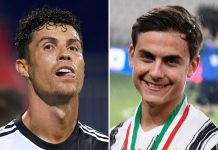