JAKARTA, Indonesia (AP) – A strong inland and shallow earthquake hit late Saturday night causing people to panic in parts of Indonesia’s Sulawesi island and run to higher ground despite health officials asking for social distancing to slow the spread of coronavirus. There were no immediate reports of casualties or damage.

Indonesia’s national disaster agency says the land-based earthquake didn’t have any potential to cause a tsunami.

Still, many people in the provincial capital of Palu ran to higher ground. Many residents are haunted by the memory of a devastating 7.5 magnitude earthquake in the city two years ago that set off a tsunami as well as a phenomenon called liquefaction in which wet soil is collapsed by the shaking.

Authorities have asked people to stay away from each other to slow the spread of coronavirus and stopped people as they ran. Two residents in the city have tested positive for COVID-19.

“A strong earthquake had jolted Palu, but we were stopped when run out of the house for fear of being exposed to a coronavirus,” said a resident identified as Ardy on Twitter. “Living in a disaster-prone area is awry,” he said.

He said many people who run in panic did not heed authorities who appealed to return home, until the situation return to normal an hour later.

Indonesia, a vast archipelago of 260 million people, is frequently struck by earthquakes, volcanic eruptions and tsunamis because of its location on the “Ring of Fire,” an arc of volcanoes and fault lines in the Pacific Basin.

The country’s latest tally reported a total of 102 deaths from COVID-19. 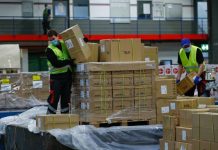 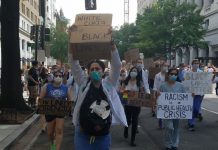 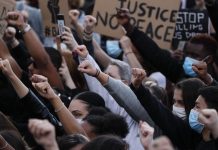 Voices of the protesters from around the world

Tennessee seeks to appeal, block vote by mail for all ruling 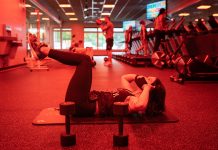 Coronavirus live updates: Brazil on the outs with WHO as America's reopening takes shape 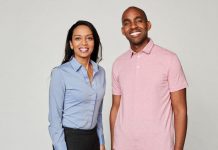 Some Illinois offices open, while others remain closed 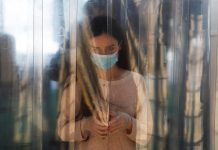