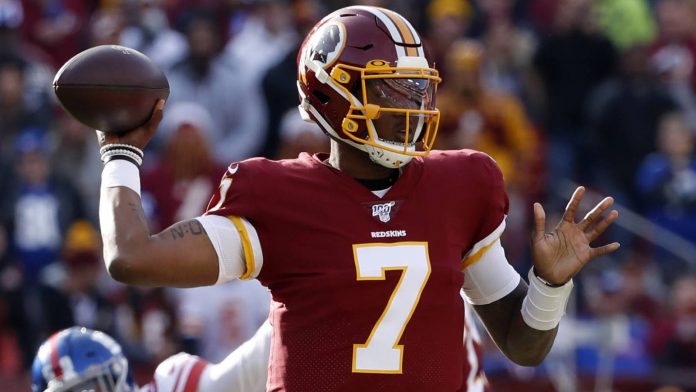 The modern NFL — much like our society today — is all about seeking immediate success. Quarterback Josh Rosen found that out the hard way, and it appears QB Dwayne Haskins may follow in his footsteps.

The stunner: Washington Redskins head coach Ron Rivera shocked the NFL community Wednesday when announcing his team would be bringing in both top quarterbacks, Joe Burrow and Tua Tagovailoa, ahead of the 2020 NFL Draft.

History repeating: The Arizona Cardinals fell in love with Kyler Murray during the 2019 NFL Draft cycle and ultimately traded their first-round quarterback (Josh Rosen) from the previous year to the Miami Dolphins, taking a loss on the deal.

With Washington, which picks No. 2 overall this year, announcing that all options are on the table, it appears Haskins could follow in Rosen’s footsteps.

What it means: Rivera, who made it clear Haskins is “not anointed” as Washington’s starter, announced that his staff isn’t sold on the young quarterback. He also sent an unspoken message to the rest of the league that Haskins could be had, for the right price.

Not bad for a rookie in this league. But “not bad” isn’t what teams are looking for these days.

The new trend? NFL head coaches typically aren’t getting more than two or three years to prove they can turn teams around. Young quarterbacks like Haskins and Rosen are getting the same treatment.

There are certain players who just have that special sauce, and teams are more desperate than ever to find one of their own.

The bottom line: Don’t be surprised if the Redskins do swing for the fences for the shot at landing lightning in a bottle. This is a franchise that has been stuck in neutral for decades. Rivera isn’t known as Riverboat Ron because he’s averse to taking risks.

With that in mind, Rosen and Haskins may not be alone for long as the NFL continues to evolve into a quarterback-driven league. 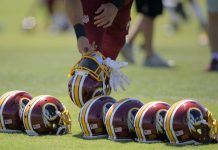