Ready for your heart to melt?

Puppy Mabel is best buddies with her six-month-old sister Elsie, and is learning to play just like the baby.

The adorable pair share Elsie’s toys, with 11-week-old Mabel playing in the baby’s bouncer and rolling onto her back to make the most of her mobiles.

Jennifer said: ‘I have had my dog Mabel since she was eight weeks old.

‘It all started the day after we got her.

‘She was exploring the house and finding her feet and she jumped into the baby bouncer and got comfy and fell asleep.

‘Since then, she has been watching our daughter Elsie to see how she plays with her toys and then copies what she does.

‘Elsie gets a little bit confused but does giggle occasionally at what the puppy is doing.

‘Both Mabel and Elsie melt my heart, their relationship is going to be incredible.

‘They are literally growing up together, and I know they’re going to be the best of friends.’


MORE : Firefighters save a puppy with its head stuck inside baby formula milk tin


MORE : Pandemic puppy with extreme anxiety given up as owners ‘couldn’t cope’ with behaviour

Monkey on loose in Pennsylvania after crash on way to laboratory 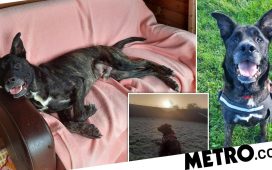 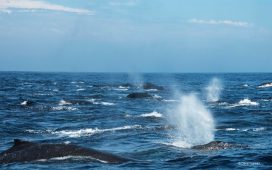 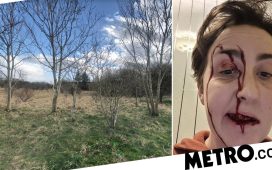 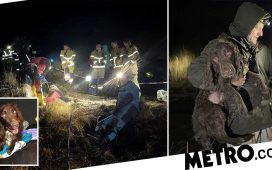 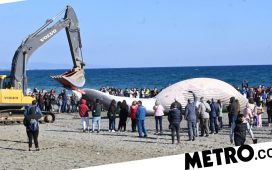