The Los Angeles Kings have a stacked prospect pool. It’s almost not fair.

Quinton Byfield, Arthur Kaliyev, Tobias Bjornfot, and Sean Durzi are all considered graudates to the NHL roster and aren’t included in the team’s prospect pool any longer.

Yet the Kings still boast one of the best prospect pools in the league is incredible.

Los Angeles has done a wonderful job in their rebuild, acquiring assets and making smart draft picks over the last few years. After making the playoffs last season for the first time since 2017-18, the Kings will look to take the next step as their young players begin to come into their own. Byfield is the head of their young core and this upcoming season is expected to be when he finally truly breaks out. He started last season with a fractured ankle and worked his way back into the lineup, but as with many injuries, he was still working through things when he was back in game action. With a full offseason and healthy start, this could be Byfield’s year.

The diverse skillsets that litter the team’s pipeline is impressive. They have two-way forwards that can help shut opponents down  such as Alex Turcotte and Samuel Helenius. Francesco Pinelli and Kasper Simontaival can provide playmaking. Jack Hughes, Samuel Fagemo, and Akil Thomas are dual-threat offensive presences that can play with just about anyone.

On the back end, the depth of talent is just as solid. Brandt Clarke is an incredibly cerebral offensive mind who can pick his opponents apart with a fearlessness from the blueline. Helge Grans is a smooth skater who can mitigate the opponent’s offensive chances with his mobility and create chances for his own team offensively. Kirill Kirsanov and Angus Booth bring some physicality and defensive prowess while Jordan Spence and Otto Salin are active puck movers who thrive when given the freedom to attack offensively.

All this talent allowed them to move Brock Faber, an excellent two-way defender in his own right, in a trade to bring in Kevin Fiala to help the NHL roster add some offensive punch.

So, in all, the Kings have a bright future ahead of them.

After moving their first-round pick and defensive prospect Brock Faber for Kevin Fiala, the Kings were left without a pick in round one. However, they still managed to find some solid value and intriguing talent throughout the 2022 NHL draft. Beginning their draft on day two, drafting the “other” Jack Hughes was a solid start. Hughes is a solid transitional forward that slowly became more comfortable offensively as the year wore on. His playmaking is precise and straightforward, rarely trying to do too much with the puck. Hughes plays a solid 200-foot game and will continue to develop at the NCAA level with Northeastern in his sophomore campaign this upcoming season.

Kenny Connors came as a bit of an out-of-nowhere pick. The overage center from the USHL was under a point per game, but his defensive game stuck out. He is active in his own zone and was a solid penalty killer, using his stick to break up play and intercept passes. He isn’t overly eager to use his body but he will use his speed to cut off skating and passing lanes and alter his opponent’s mode of attack.

Angus Booth is a defensive blueliner who uses his physicality and mobility to defend in transition and will engage along the boards and at the net front when needed. He can make a breakout pass as his team flies the defensive zone and ensure that play gets going up ice but he isn’t going to be an offensive difference maker.

Finnish defender Otto Salin missed portions of the year with injury but he is one of the more offensively engaged defensemen in the class. He loves to play give-and-go with a forward as he walks down the wall or threads pass-through traffic in the attacking zone. Had he played a full season, he may not have been around as long so the value in getting a player with the upside Salin has in the fifth round in quite a nice snag.

The Kings are strong at just about every position, causing envy around the league. One of their biggest strengths is down the middle. The center position is incredibly deep with Byfield, Turcotte and Helenius. Then there’s Pinelli, who would be the best young center in a lot of organizations. Hughes is a projectable center who has looked good at the NCAA level, too. Tyler Madden and Akil Thomas can both play center. but likely get pushed to the wing because of the depth down the middle. If only a few of these names become something at the NHL level, that’ll be a win.

With all the talent throughout, the team does seem to lack a surefire starter or grade-A prospect in the crease. Lukas Parik put up solid numbers at the ECHL level but struggled a bit at the AHL level. Juho Markkenen looked great in Switzerland last year and will move to the DEL for the upcoming season. The Kings’ goalie pipeline isn’t as high-end or deep as the rest of their prospect pool, but they have options.

The next man up for the Kings is tough to gauge. They have so many young players on the roster heading into the season. Byfield, Kupari, Kaliyev, Bjornfot, Vilardi, and Durzi will all be likely on the opening night roster. They have a number of solid NHLers filling their lineup as well. The next man up for the Kings isn’t necessarily going to be about a prospect claiming a spot, rather it could be about them coming up to fill in for an injury and then never relinquishing a spot.

Turcotte is just 21 years old, but it feels like he’s getting to a point where the Kings would like him to start asserting his place in the organization. An intelligent center who plays a solid two-way game, Turcotte has battled injuries and illness the last couple of years but has looked solid in the AHL in each of the last two years. Is an extended look all he needs? Fagemo produced at the AHL level, scoring 27 goals last year and looked more comfortable playing in North America. He could be a realistic option to call up should the Kings need a scorer. Moverare plays within himself and understands that he doesn’t need to complicate things. He is a safe plug-and-play defender who could fill in should the Kings need a blueliner.

For a deeper dive into the prospect pool with player rankings, check out the Yearbook and Future Watch editions of the Hockey News print edition! 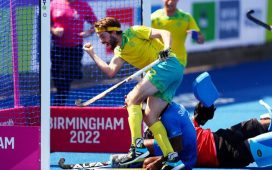 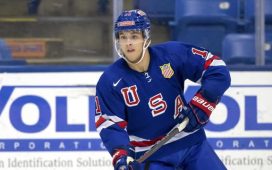 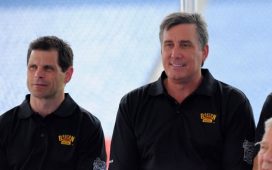 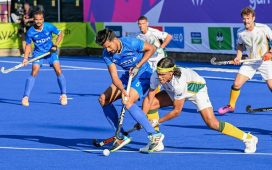 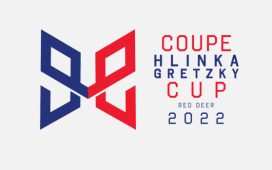 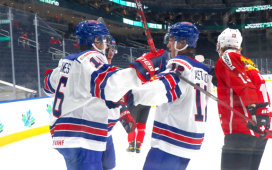 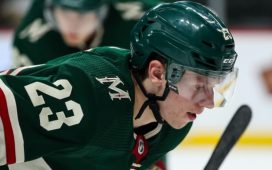