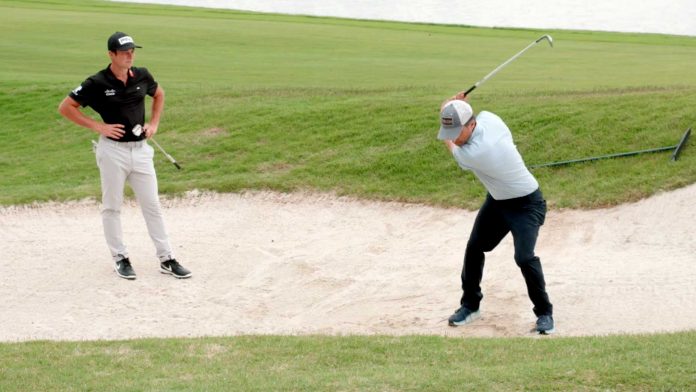 Welcome to Pros Teaching Joes, a game-improvement franchise where the best players in the game share their secrets with a few of the joes from the GOLF.com offices.

Viktor Hovland is one of the straightest drivers on the PGA Tour. He’s handy from the sand as well, as I learned when he offered me a lesson at Karsten Creek Golf Club, the home course of Oklahoma State, where Hovland played his collegiate golf. In his tutorial, Hovland gave me a slew of simple tips to improve my green-side bunker game. Here are five of the main takeaways.

Like a lot of golfers I know, I carry both 56- and 60-degree wedges, and I use one or the other depending on my lie, my mood, the alignment of the stars, and so on. Often, I’m not sure which will suit me best. Hovland told me to stop waffling. Pick one club and get comfortable with it, he said, “and then you can start experimenting.” (The 60-degree wedge is Hovland’s go-to from the sand.) It’s not as if you’re limiting yourself, he noted, because once you learn to use a single wedge correctly, “you can turn it into many different clubs.”

2. Speed is Your Friend

For any number of reasons — whether I’m trying to get too cute or I’m afraid of blading the ball over the green — I often swing slowly or decelerate on sand shots. The opposite is what you’re after, Hovland said. Lay the blade wide open and generate plenty of speed on your downswing, making sure to accelerate through impact. It takes practice and trust. But that’s how you get more height and spin.

I’ve long tried to emulate the guys I see on TV, who often play their bunker shots with an open stance, swiping across the sand at impact. Bad idea, Hovland told me. That technique is great if you’ve got the talent and training of a Tour pro, especially when you’re short-sided. But Hovland doesn’t recommend it for the average amateur, as it’s a “tricky” method that brings all kinds of vagaries into play, and often leads to chunky shots left in the sand. Better to stay with a square stance, Hovland told me, and learn to play different shots from that position by adjusting your swing speed and the loft of the club at address.

On PGA Tour courses, the sand is so consistent and carefully tended that the pros rarely find themselves in truly awful lies. The rest of us are not so lucky. On the public tracks we play, we find ourselves in footprints or unevenly raked lies, with pesky mounds of sand piled up behind our ball. That’s the bad news. The good news is, in most cases, a less-than-ideal lie doesn’t require any radical changes. Just take a bit more sand and swing a little harder, as you’re going to need more speed to get the shot out of the bunker. Remember, too, that the shot is likely going to come out lower with less spin, so adjust accordingly, knowing that the ball will run out when it lands.

A buried lie is a bummer. But it doesn’t have to be a scorecard-wrecker. Take your usual square stance, Hovland told me, but instead of laying the club face open, square it up or turn it slightly closed, then swing a little steeper, digging the blade into the sand behind the ball with practically no follow through, letting the natural loft of the club do the lifting. Account for the fact that the ball will come out low with minimal spin, but don’t berate yourself if you don’t stick it close. Heroism is not required here. For most of us playing from a fried-egg lie, anything on the green counts as a success. 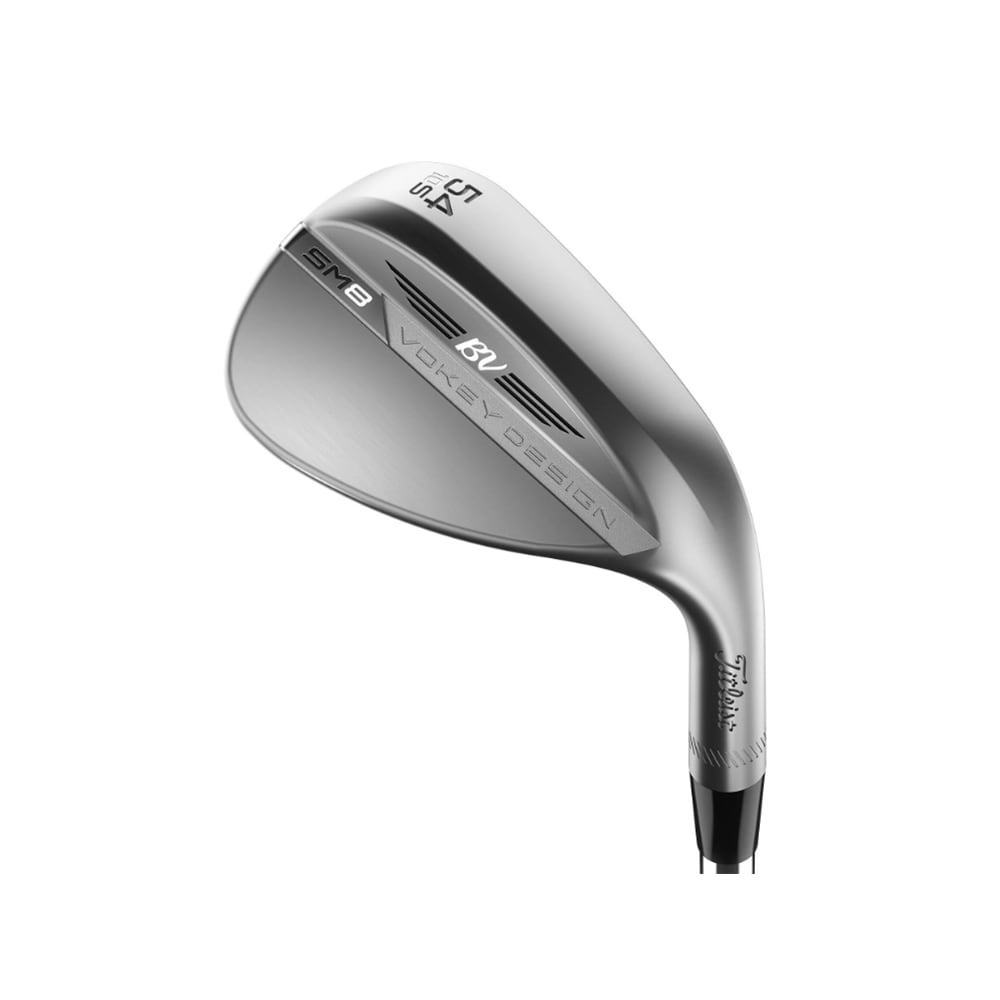 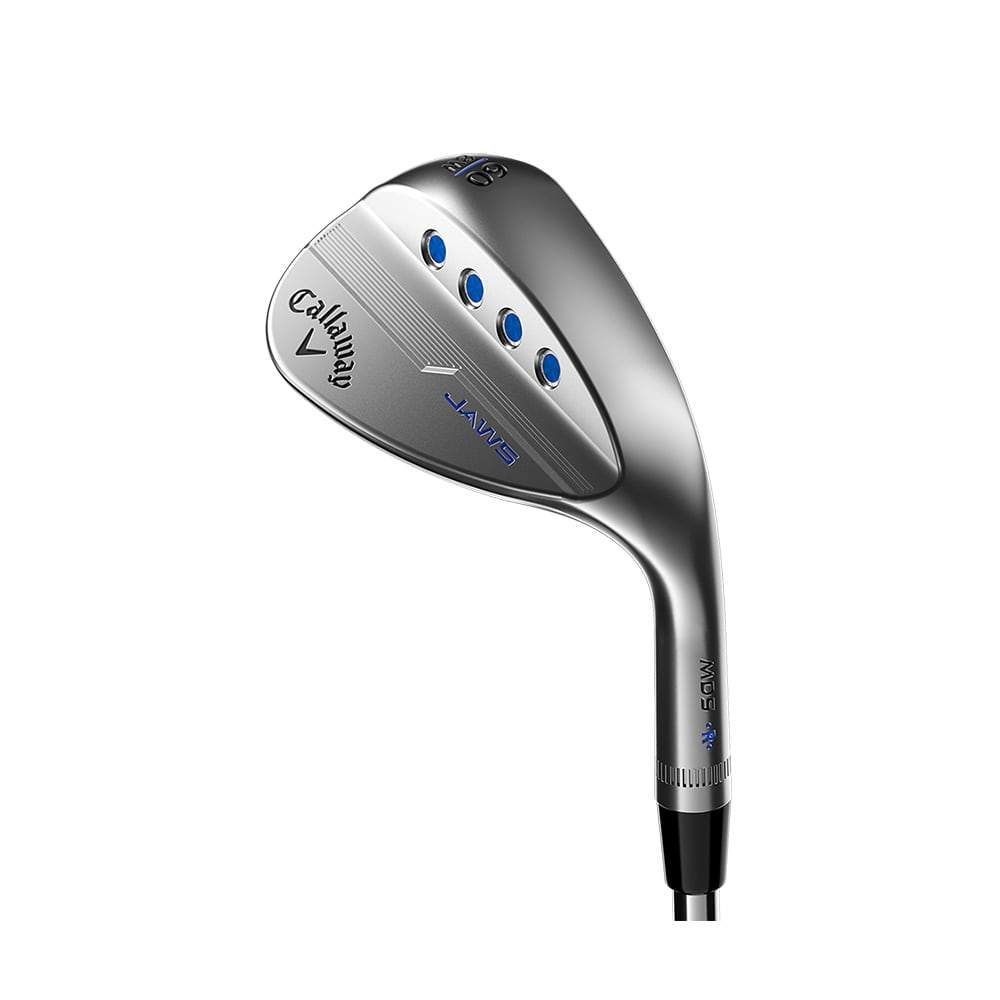 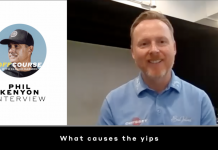 Off Course with Claude Harmon: What causes the yips 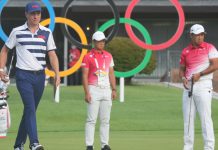 What held Justin Thomas back in his Olympic debut? His putter … again. 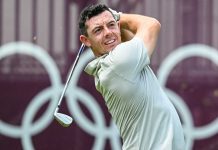 Olympic golf live coverage: How to watch Round 2 in Japan 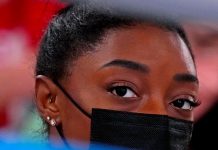 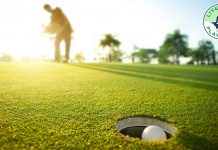 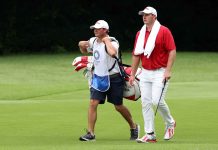 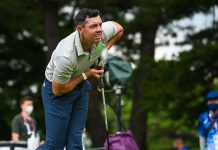 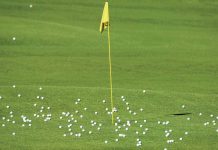 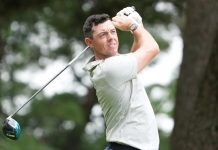