Police have warned that people living along the River Severn could face another 10 days of flooding misery, with more rain showers predicted to sweep across affected areas.

Environment Agency officials and engineers were continuing to monitor a barrier at Ironbridge in Shropshire on Thursday after the weight of water caused it to buckle, prompting an emergency evacuation.

Severe flood warnings – meaning there is a danger to life – remain in place at Ironbridge. The agency said it was possible that the depth of flood water at the Wharfage in Ironbridge could reach 1.8m.

The situation was deemed so dangerous that initially the authorities used drones and remote cameras feeding images back to a control centre so officers did not have to risk their lives to monitor the situation but by Thursday lunchtime engineers were able to inspect the Wharfage in person.

Some residents who were evacuated from the Wharfage were holed up in the Valley Hotel in Coalbrookdale.

Sean and Eleanor Osborne, who run a B&B, held out as long as they could but when the water began to creep under the barrier were persuaded to leave.

Sean Osborne said: “It was a bit of a shock when we heard the bang as the barrier moved. The power of the water was amazing. We were prepared to take a calculated risk and stay. We wouldn’t have drowned because we could always have gone upstairs.”

But when the emergency services said they would really prefer them to leave they agreed. Sean Osborne added: “As far as we’re concerned the barriers have done their job.”

The Osbornes do not know how long they will be out of their house. “They’re talking about 10 days but we’ll wait and see. You have to deal with these things.”

Many of those who had fled said they were making the best out of the situation. Ian Donnelly, who works on a programme to improve the quality of care in the NHS, was beavering away on his laptop in the hotel, his dog Flossie at his feet.

“I’m normally here, there and everywhere around the country,” he said. “This has given me the chance to catch up. The council and the other authorities have been brilliant. The hotel has been great too. They got to know that Flossie likes carrots and put some outside our room for her.”

Some people are beginning to raise concerns about issues ranging from the sort of flood barriers in Ironbridge to the impact of heaving reservoirs in the Welsh hills and plans to build homes just upstream of the Wharfage.

But many were simply getting on with the day-to-day job of staying safe and dry. There were heartwarming tales of people helping each other. Hotels and restaurants were offering free rooms and meals for those who were displaced. A hairdresser who was flooded still found time to give haircuts.

Jennifer Alexander and Alan Cambridge have already been out of their home, the Boat Inn in the village of Jackfield, for four nights. They made their way out as the flood waters rose. “We have no escape route out of the back, which makes it a bit tricky for us,” said Alexander.

They have been flooded eight times in 12 months. Cambridge said: “I think you become a bit desensitised to it. It’s just: ‘Here we go again’.”

The prime minister declined to say if he would visit flooded areas. Cambridge added: “I know he’s busy but it would be nice to see Boris here. It would give us more confidence.”

Though the river level was starting to fall, West Mercia police warned that more rain was predicted, which could top up the Severn again.

Its deputy chief constable, Julian Moss, said: “The multi-agency response is set to continue for the next 10 days as the flood waters recede quite slowly and are likely to be topped up again with additional rain over the weekend and at the end of next week.”

The severe flood warning that had been place for Shrewsbury has been downgraded but many roads remain closed in and around the town.

Further downstream, the river level at Bridgnorth and Bewdley remains high with flood warnings in place.

As well as the personal trauma the flooding was causing, the chair of Ironbridge Gorge’s world heritage site steering group, Marion Blockley, expressed concern about what it could be doing to the historic spot.

She said: “The world heritage site is not just the iron bridge. It is the former workers’ cottages, the warehouses, the industrial buildings, the other nearby villages,” she said. “The worry is that floods like this are putting the site at risk.”

The problem for Ironbridge is that the water is squeezed into a narrow gorge, meaning that 400 tonnes of water per second has been hurtling through. Residents reported a loud bang when the barrier was shunted into a kerbstone by the fast-flowing Severn.

By Thursday morning the river levels on the Severn had gone down by 80cm at Shrewsbury, 42cm at Ironbridge and 16cm at Bridgnorth. 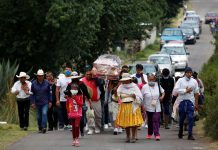 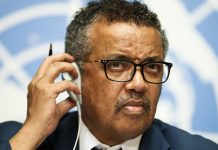 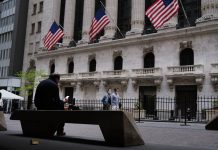 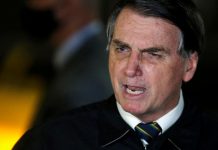 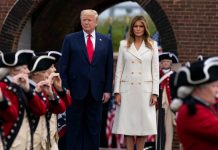 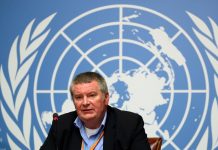 WHO warns of 'second peak' in areas where COVID-19 declining 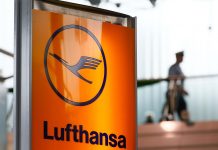 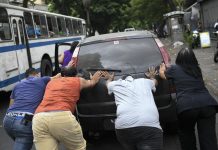