Kentucky Derby runner-up Epicenter, who looked like last Saturday’s winner until passed in the final strides along the inside by 80-1 Rich Strike, now will try to give the Winchell family its first victory in a Triple Crown race in the 1 3/16-mile Preakness at Pimlico Race Course.

In the lead-up to the Derby, owner Ron Winchell referenced his family’s 70-year quest to win the 1 1/4-mile classic: 50 by his father, Verne, and 20 more since the Las Vegas entrepreneur took over the stable upon his dad’s death.

“The family has won races all over the country and won a few in Europe, but the three classics have eluded us up to this point,” said David Fiske, the Winchell family’s longtime bloodstock manager. “Thought we had won last Saturday. We were second in the Preakness last year (with Midnight Bourbon). We were third with Tenfold in (2018 Triple Crown winner) Justify’s year. We’re sneaking up on it. Maybe we can complete the set of collector coins.”

Epicenter had an easy training day at Churchill Downs Thursday morning, making his weekly visit to stand in the starting gate and loping around the track. He is scheduled to work an easy half-mile on Monday and van to Baltimore Tuesday.

Tami Bobo and Tristan De Meric’s Simplification took another step toward the Preakness Stakes (G1) at 6 a.m. Thursday with a leisurely tour of the track at Pimlico Race Course.

Accompanied by a pony and under exercise rider Ismal Ramirez, who has been up on the colt daily since he arrived at trainer Antonio Sano’s barn, Simplification got his first look at the track he will compete over on May 21. Sano’s longtime assistant, Jesus ‘Chino’ Prada, watched as Simplification, the lone Preakness prospect on the grounds, walked from the gap to the five-eighths pole, stood for five minutes and galloped a complete circuit of the historic track.

“Everything is excellent,” Prada said. “My exercise rider said that everything was good with the horse.”

Simplification finished fourth in last Saturday’s Kentucky Derby (G1). Since Sano is based in South Florida, he opted to ship the son of Not This Time directly to Pimlico overnight Monday. Prada, Sano’s longtime assistant, met the colt when he arrived at 5 a.m. Tuesday and is supervising his care until Sano flies up to Baltimore on Sunday.

Prada and Sano are both natives of Venezuela and have known each other since they were teenage students at the country’s school for trainers, 1986-88. Sano became one of the most successful trainers in Venezuelan racing history. Prada also trained at the Valencia track but decided to leave the increasingly dangerous country and moved his family to Florida in January 2001. He said he worked in horse racing in Florida, stepped away for a few years before going to work for Sano – twice a victim of kidnapping – when he immigrated to the U.S. and opened his stable in 2010.

Trainer Kenny McPeek won the 2020 Preakness with the filly Swiss Skydiver, beating eventual 3-year-old male champion and Horse of the Year Authentic. He won the 2002 Belmont Stakes with 70-1 Sarava, a horse who earned his shot at the Triple Crown finale by winning Pimlico’s Sir Barton on the Preakness undercard. Now, McPeek will try to win another Preakness with Creative Minister, a horse who has never been in a stakes race.

Jockey Brian Hernandez has ridden Creative Minister in his three prior races, including an impressive allowance victory on the Kentucky Derby undercard.

“His last race was really good,” Hernandez said Thursday morning at Churchill Downs. “He didn’t get away from the gate very well, but he overcame it. Going around the first turn, he was down on the inside and kept pricking his ears back and forth at me, like telling me ‘Hey, don’t worry about it. We’re in good shape.’

“He just traveled the whole way on Derby Day like a winner. He hit his spots and gave me all the right cues and he did everything I needed him to do that day. Once we turned for home, you could tell he was going to run those horses down, which he did,” he added. “He’s a horse that Kenny’s really, really high on. And we’ve been high on him since before he made his first start down at Gulfstream. He was working right along with (Grade 1 winner) Rattle N Roll and Smile Happy.”

The latter is a Grade 2 winner who finished eighth in the Kentucky Derby after coming in second to Epicenter in the Louisiana Derby (G2).

“I think everybody saw his work at Gulfstream, because he was like 6-1 first time out in the program and he went off at 8-5,” Hernandez said. “For a first timer for Kenny to go off at 8-5, I think everybody knew about him. And he ran a respectable race. It was only going seven-eighths, but he just missed right at the wire.

“He’s done everything correct so far. But now we’re stepping into a Grade 1 against some really good 3-year-olds,” he added. “Everything is going to get faster from here on out. He’s just going to have to step up and put on his big-boy pants and we’ll figure it out.”

Cypress Creek Equine LLC’s Un Ojo had a scheduled walk day at Churchill Thursday and will go back to the track Friday. Clay Courville, trainer Ricky Courville’s son and assistant, said he’ll let the one-eyed gelding tell him in the morning what he wants to do as far as jogging or galloping. Un Ojo is scheduled to work Saturday morning.

The gelding was withdrawn from the Kentucky Derby the morning of entries with a minor foot bruise that Clay Courville said is no longer an issue.

Early Voting, owned by Baltimore native Seth Klarman’s Klaravich Stables, is scheduled to work this weekend and ship to Pimlico Race Course early next week for a start in the May 21 Preakness Stakes (G1). After Early Voting won the Withers (G3) and finished second by a neck in the Wood Memorial (G2), he was considered for the Kentucky Derby. His connections decided to pass on the Kentucky Derby and aim for the Preakness.

Jeff Drown’s Zandon engaged in a thrilling duel with Epicenter in the stretch of the Derby but ended up third when they were passed by 80-1 Rich Strike inside the sixteenth-pole. Brown said that he would watch the Upstart colt train for a few days before deciding whether to enter him in the Middle Jewel of the Triple Crown.

Owner/trainer Rudy Sanchez-Salomon’s Shake Em Loose is scheduled to breeze on turf at Laurel Sunday before it is determined whether the son of Shakin It Up will run in the Preakness or the James W. Murphy, an undercard turf stakes. 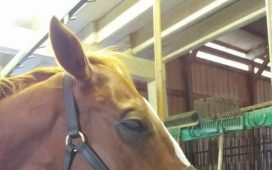 Sedation And Safety: When Is A Horse Sober Enough To Go Out? 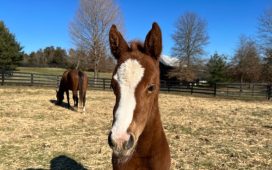 Foal Patrol Presented By National Museum Of Racing And Hall Of Fame: Out All Night With Traveling Tiger’s Filly 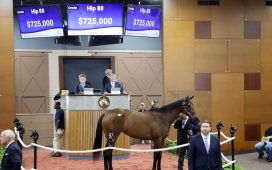 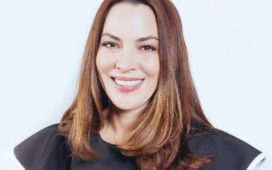 View From The Eighth Pole: Getting Ready For HISA 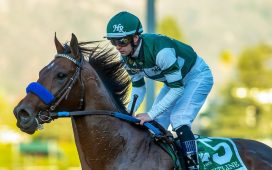 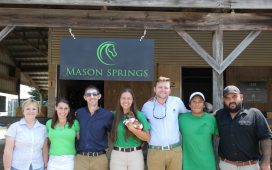 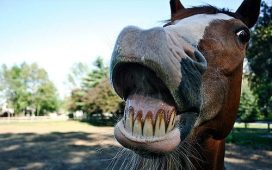