In our countless adventures through video games, we have run into different challenges that come at the worst time. It may be that a lot of enemies surrounded us and we need to escape or that we simply require an extra push to reach the end of a long level.

Luckily, since time immemorial, gamers have had great friends to help us on these solo adventures. Of course we are talking about Power Ups, those faithful companions who always appear when we need them most to give us the energy and power we need to succeed and reach the next level.

We felt that it was time to recognize these great allies who have saved us on so many occasions. For this reason we prepare this special content where we are going to review some of the Power Ups that marked the history of video games.

Before we start we want you to know that in real life there are also Power Ups, did you know? One of them is Solar Power, an energy drink made with natural ingredients that will give you the battery you need to level up. Don’t forget that your gaming experience is best enjoyed with Solar Power.

We could not start any other way than with what is considered the first Power Up of all time. It’s about the Pac-Man Power Pellets. Yes, we are talking about those little balls that are found in the corners of each level and that Latin American ingenuity has baptized as magic pills or power balls.

It was unthinkable to make such a list and leave out the Pac-Man balls. They represent everything that Power Ups do well! Simply by taking them we can get out of a tight situation in which ghosts are about to trap us. In addition, they make the experience much more fun by giving us the power to move with complete freedom. Thanks a lot!

It is clear that Pac-Man gave us one of the first Power Ups, but years later different developers adopted the idea and exploited it creatively. One of them was the guys from Ultimate Play the Game, the precursor company of Rare, who in Saber Wulf implemented different Power Ups that gave a lot of flavor to the adventure.

In Saber Wulf you control Saberman and in his adventure through the 256 screens full of flora and fauna you can consume orchids that appear a few seconds on the screen. These flowers can have different effects, both positive (being invincible or having a personality boost) and negative (having to play with inverted controls). With this Saber Wulf went down in history proving that Power Ups can be more than invincibility objects.

The most iconic Power Up?

Maybe the Pac-Man pills came first, but the Power Up par excellence has to be the Super Mushroom from Super Mario Bros., which we all know fondly as mushroom. It is so historical and iconic that it has become synonymous with videogames and we have even seen it in different forms such as the green mushroom that gives lives; the Mega Mushroom from New Super Mario Bros. that makes you a giant or the Mushroom that transforms you into Mario Helix so you can fly.

It’s hard to know exactly what made the Super Mushroom so special. Perhaps it was its enormous utility; maybe because it increased the size of Mario or that Shigeru Miyamoto designed the level 1-1 so that the player had to find it. Whatever it is, it is a fact that it is a Power Up that made history and that there are thousands who have tried to imitate it without even reaching their heels.

Enough invulnerability or extra lives. We want something that fills our bodies with adrenaline to transform us into the most brutal being in the entire universe. This is where Konami arrived with Contra’s Spread Gun, a weapon as exciting as it is useful in the mission to save the world from a terrorist organization that wants to conquer everything.

It is true that Contra did not withstand the passage of time like other series mentioned here. To avoid the pain of going with your trusted boomer to talk about this, we tell you that the Spread Gun was a truly legendary weapon. His type of shot allows you to cover almost every direction that is in front of you, allowing you to run through the war fields as if you were Rambo. Spectacular and legendary.

So far we’ve talked about Power Ups which, as cool as they are, are actually very, very simple. We just take them, they serve us for a long time and that’s it. However, the creatives detected that the potential of these objects was much greater. That they could serve as secrets and even add a grain of sand to the narrative.

This is why SEGA and Yuji Naka surprised the world with the Chaos Emeralds from Sonic the Hedgehog 2. These are collectibles that are hidden in different levels of the series and to obtain them you must find them and overcome a special challenge. Once you get all the gems and collect 50 rings, you can transform into Super Sonic to be invincible, go faster and reach new heights.

When we say that it is a collectible type Power Up that contributes to the narrative it is because the gems are a central part of the Sonic story. In some deliveries, getting them is key to see the best ending or unlock secret sequences. In others they are an important part of the story, so you need them to beat the final boss.

Power Ups are great allies, but who says they are just tools and they can’t be friends? To show us that it is possible, Naughty Dog created Aku Aku, a very special character from Crash Bandicoot who, in addition to serving as a spiritual guru and having a lot of charisma, is also an incredible Power-Up that saved us from death in more of an occasion.

Within the world of Crash Bandicoot, Aku Aku is an ancient spirit that lives within a mask. For players he is more like a guardian angel, as his power provides protection to Crash and Coco, allowing them to be hit once without dying. As if that were not enough, it can also grant temporary immunity to those who break 3 Aku Aku boxes, something invaluable when fighting for all collectibles.

If something must be recognized Aku Aku is that he is extremely faithful and is willing to accompany Crash to the end of the world. In addition to being with him even in space, he has also made an appearance in Crash Team Racing to fulfill the role of the star of Mario Kart: to become untouchable and allow you to easily reach first place.

Use it carefully and responsibly

We already repeat ad nauseam that Power Up can be a good help. What we may forget to mention is that there are some that can also have some collateral damage: your relationship with your friends, siblings and other loved ones.

Don’t you think that is possible? We have 2 words for you: Blue shell. This infamous Power Up that we met in Mario Kart 64 has been responsible for breaking more than one friendship and causing several marital conflicts. We know it sounds like a terrible thing, but it’s hard to blame someone for getting upset after taking all the time first to be defeated by a missile sent last by their friend.

We leave you with a fun fact: this object is not actually called the Blue Shell. Its official name is Spiny Shell, something like a spiny shell. Maybe you can call it whatever you want, we only ask that you use it responsibly.

With this review, you already saw that Power Ups are a very special part of the gaming experience. After all, they allow us to have unique abilities that make us shine in the game and take our fun to another level. Although it seems that we see them less and less, the reality is that they are still present in current releases and mechanics such as perks can be considered their worthy heirs.

Don’t forget that your gaming experience is best enjoyed with Solar Power. So you can see that Power Ups are no longer the only way to enhance the time you spend with video games.

If you want to find the best video game content like viral news, great deals and special articles, you have to visit our Solar Power mini site. You can not lose this! 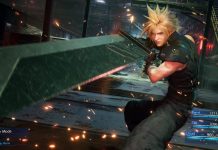 Final Fantasy VII Remake will be free on PS Plus, but subscribers can’t upgrade it 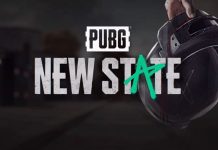 Are you missing the PUBG New State in India&quest; PUBG 2 might be worth waiting for 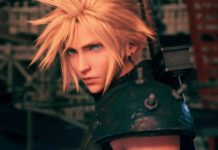 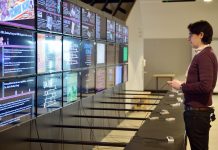 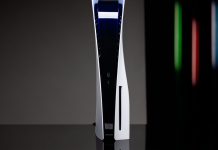 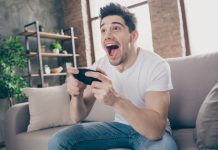 Xbox Live was down for five hours &ndash; here's what stopped working during the outage 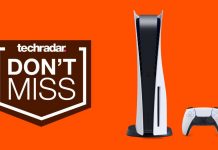 PS5 restock: Target sells out of the new console &ndash; here's where to look Friday

Xbox Live, Game Pass cloud gaming access back after being down for hours 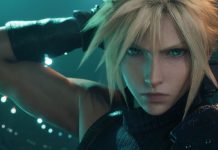 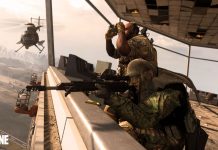 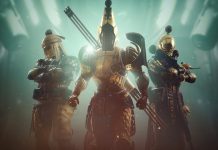 Everything we know about Destiny 2 cross-platform support