Popular gadgets, apps, and other tech we lost in 2022 – NewsBytes


Popular gadgets, apps, and other tech we lost in 2022

To say this year has been a whirlwind for the science and tech world is an understatement. From tech downfall to AI’s giant leap to James Webb…we have seen it all.

Amid the drama, we saw some of our favorite software, hardware, and science projects being laid to rest. Here, we recall all the gadgets, apps, and other tech we lost in 2022.

Google Hangouts was shut down in November

Google is known for shutting down apps or services that fail to perform, and in 2022, several services got shut down.

Its failure to compete with its rivals such as WhatsApp is what resulted in its demise in November this year.

Stadia is a casualty of Google’s failure to understand market

Another service of Google that is awaiting its imminent death is Stadia, the company’s much-hyped cloud gaming service. Stadia is a casualty of Google’s failure to understand the market.

The company launched Stadia in November 2019 with the promise of delivering games to every device. However, the end product differed from what was promised.

Per Google, it failed to resonate with consumers.

Existing players will have access to Stadia till January 18

Stadia’s days were numbered from last year when Google closed its in-house development studios. In September 2022, the company announced that it was shutting down the service. Existing players will have access to their libraries and data till January 18, 2023.

Street View, the Google app that provided us with a detailed 360-degree view of streets on the planet, is also on its deathbed.

With the app features now redundant due to Google Maps and Street View Studio web app, it made sense for the company to call it quits on Street View.

Meta is pulling the plug on Portal smart displays

With Meta‘s focus now on the metaverse, this year saw the company pulling the plug on some of its hardware and software offerings.

Meta Portal video calling smart display, the company’s answer to Amazon’s Echo and Google’s Nest devices, is being killed. The product failed to make an impression on consumers who are wary of Meta’s privacy history.

Newsletters were a big hit during the pandemic. To capture a part of the lucrative pie and to rival the likes of Substack, Meta launched Bulletin in 2021.

With the company now going through a turbulent time, it is cutting off some unnecessary limbs, with Bulletin being one of them.

Bulletin will be completely shut down in March 2023.

Amazon Glow arrived as a device to make it easier for kids to communicate with distant friends and families by making games and activities part of the process.

The company decided to discontinue the sale of the $300 device in October due to poor numbers. Amazon later decided to stop supporting the device starting December 31st.

Earlier this year, Apple decided to discontinue its legendary iPod. The device was first introduced in 2001.

It changed the way people listened to music. However, its popularity declined with the debut of the iPhone.

In a world ruled by streaming services like Apple Music and Spotify, iPod became a relic of the past. iPhone Touch launched in 2019 was the last in line.

Blackberry will be a memory soon

Blackberry has been dead for a while, but the last rites were still left to be performed. Earlier this year, the Canadian company announced that it had shut down servers needed for old Blackberry devices to function properly.

Once the most touted device by business executives, Blackberry’s fall from grace was quick.

January 4 is D-day for any device running on Blackberry’s software.

NASA has officially terminated its Mars InSight lander nearly four years after it touched down on the red planet.

The last time the space agency heard from the lander was on December 15. Attempts to reach the lander fell on deaf ears, forcing NASA to call it quits.

During its time, InSight provided scientists with crucial seismic data with the aid of its seismometer. 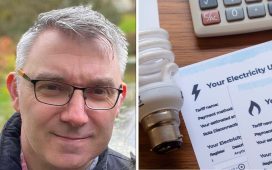 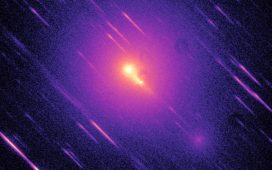 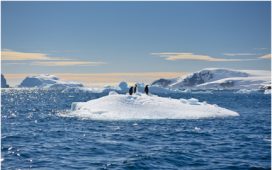 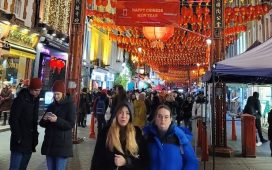