Police have confirmed more charges against rioters who stormed the US Capitol, as more graphic details of violence and brutality emerge.

Donald Trump seems certain to be impeached over the riot, which he incited in remarks to supporters outside the White House. South Carolina Democrat James Clyburn told Fox News Sunday the House could vote to impeach as early as this week, but may wait months to submit the articles for a trial in the Senate.

“If we are the people’s House, let’s do the people’s work and let’s vote to impeach this president,” the House majority whip said.

As politicians contended over Trump’s fate, alarming footage of the riot continued to emerge. Some captured a bloodied officer being crushed in a doorway and screaming. Other officers were reportedly beaten with pipes, with one seen tumbling over a railing into a crowd below. The officer had been body-slammed from behind.

Brian Sicknick, 42 and a 12-year veteran officer, died after he was struck in the head with a fire extinguisher while “physically engaging” the rioters, according to a statement from Capitol police.

On Sunday it was reported that another Capitol officer had died, though the cause of death was not released. Speaking to CBS’s Face the Nation, the Missouri senator Roy Blunt said: “Officer Sicknick, now Officer [Howard] Liebengood, both their lives were ended this week. I’ll be interested in finding out if there was a connection with Officer Liebengood.

“But mostly I’m interested in reaching out to both of these families. These are people we saw every day, particularly Officer Liebengood, who was very much assigned to the Senate side of the building. And, you know, you have that loss.

“You have four other deaths of people who got involved in something that they absolutely should not have gotten involved in.”

One pro-Trump rioter was shot and killed by law enforcement. The other deaths involved medical emergencies.

The attack forced lawmakers to go into hiding for hours, delaying their voting to affirm Joe Biden’s election win.

Police arrested one man alleged to have brought guns and explosives to Washington; another was heavily armed and allegedly threatened to kill House speaker Nancy Pelosi. Chants of “Hang Mike Pence”, the vice-president, were heard during a riot in which it seemed some members of the mob intended to kidnap lawmakers.

A vast number of photos and videos captured the riot. Many participants identified themselves, shouting their names or posting selfies to social profiles – some while openly taunting the prospect of prosecution.

According to the Miami Herald, Adam Johnson of Parrish, Florida, posted on social media that he was in Washington during Wednesday’s riots and made disparaging comments about the Black Lives Matter movement.

Those posts were deleted but users quickly identified the 36-year-old father of five as the man smiling while stealing Pelosi’s lectern. He was arrested on Friday on a federal warrant and charged with theft, violent entry and disorderly conduct on Capitol grounds.

Another man seen wearing face paint and a horned fur hat was taken into custody on Saturday and charged with counts including violent entry and disorderly conduct on Capitol grounds. Jacob Anthony Chansley of Arizona, more commonly known as Jake Angeli, will remain in custody in Arizona pending a detention hearing.

Prosecutors said additional cases remained under seal and dozens were sought by federal agents. The US attorney in Washington vowed that “all options were on the table” for charges, including possibly sedition.

Doug Jensen, an Iowa man, was jailed early on Saturday on federal charges including trespassing and disorderly conduct. Jensen, 41 and from Des Moines, was held without bond at the Polk county jail.

Video posted online showed a man who appears to be Jensen, who is white, pursuing a Black officer up an interior flight of stairs as a mob trailed behind. At several points, the officer said “get back”, to no avail.

Richard Barnett, an Arkansas man shown in a widely seen photo sitting in Pelosi’s office with his boots on her desk, was arrested on Friday. Barnett, 60, turned himself in at the Benton county sheriff’s office and was jailed in nearby Fayetteville, without bond pending an initial court appearance, an FBI spokesman said.

Derrick Evans, a West Virginia state lawmaker who posted videos showing himself pushing his way inside the Capitol, was arrested on Friday by the FBI and charged with entering restricted federal property.

Evans submitted a letter of resignation to West Virginia governor Jim Justice and apologized. He faces charges that he entered a restricted area of the Capitol after he livestreamed himself rushing into the building with Trump supporters. Evans is seen fist-bumping a police officer and shouting: “Our house!”

The mob was enraged over Trump’s election loss, which the president continues to baselessly claim was the result of widespread fraud. Several Republicans and cabinet officials have excoriated the president. Two senators have called for him to resign.

Former acting White House chief of staff Mick Mulvaney told Fox News Sunday he was “shocked”, “angered” and “embarrassed” by events at the Capitol, insisting “something is very different now” than when he worked at the White House.

“I feel a lot of emotions this week,” said Mulvaney, who resigned as Trump’s Northern Ireland envoy. “And I’m still trying to figure out what I could have done differently. I’ve been out of the White House for eight months.”

Fox News host Chris Wallace suggested the former congressman, like others in his party, “didn’t have the spine” to stand up to Trump. 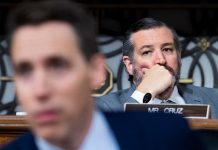 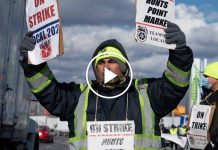 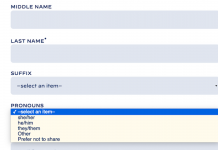 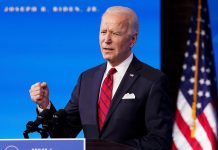 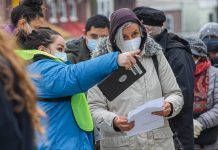 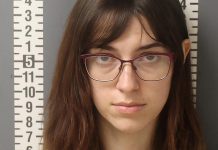 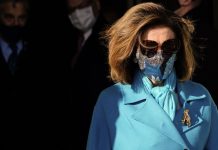