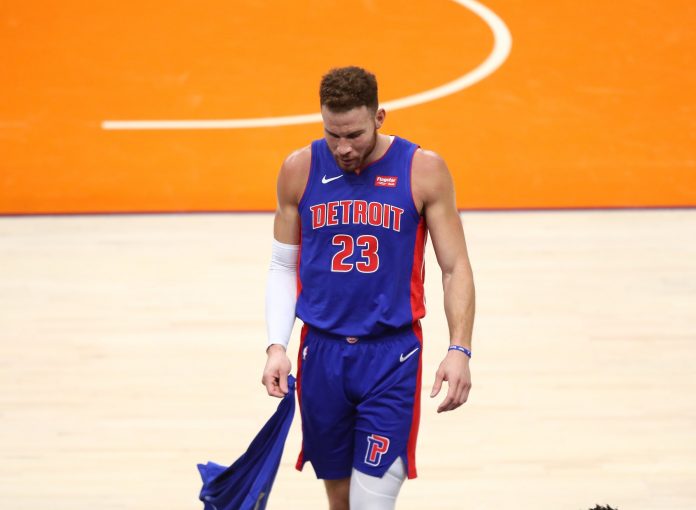 The Detroit Pistons and forward Blake Griffin have agreed for him to be out of the lineup while both sides figure out his playing future, sources confirmed to The Athletic.

Griffin, who signed a five-year, $171 million contract with the LA Clippers before being traded to Detroit in 2018, is owed $36.6 million this season and $39 million in 2021-22. With the Pistons (8-19) headed toward a rebuild, general manager Troy Weaver will take a look at the trade market as well as potentially buying Griffin out.

“After extensive conversation with Blake’s representatives, it has been determined that we will begin working to facilitate a resolution regarding his future with the team that maximizes the interests of both parties,” Weaver said in a statement. “We respect all the effort Blake has put forth in Detroit and his career and will work to achieve a positive outcome for all involved.”

“I am grateful to the Pistons for understanding what I want to accomplish in my career and for working together on the best path forward,” Griffin said in a statement.