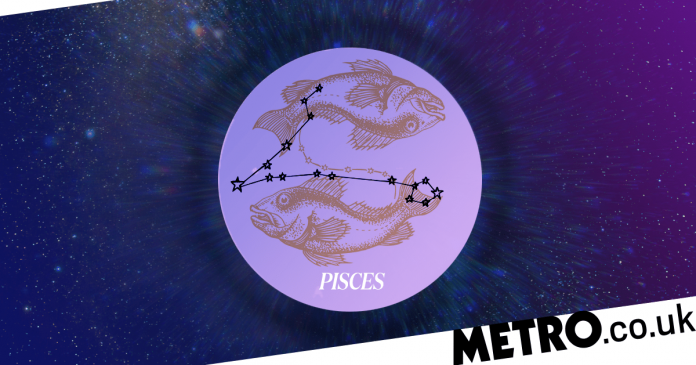 As the last sign in the zodiac, Pisces are often thought of as having accumulated the emotional knowledge of those that came before them.

This empathy can only go so far, though, and can result in them getting lost in the sea of their emotions (just like the fish they’re depicted by).

Sun signs can’t give you a full picture of someone’s personality, so do be sure to put your birth details into a natal chart calculator for a clearer analysis.

This is a great place to start, though, and find out more about the inner workings of a Pisces mind.

You’re a Pisces if you’re born between 19 February and 20 March.

If your dates make you think you’re a cusp, we must stress that this isn’t a thing. Put your birth time into a birth chart calculator to work out which one you are.

Pisces have a reputation as the dreamers of the zodiac, which is a positive when it comes to creativity. You’ll often find them in artistic roles, with musicians and writers often belonging to this sign.

On the negative side, though, they have a tendency to get lost in their own heads, preferring to imagine worlds rather than actually live in them.

Ruled by Pluto (planet of growth, death, and rebirth) and Neptune (planet of introspection, psychic powers, and illusions), many Pisceans are fascinated with life and death – often seeing them get lost in addictions to love, drugs, or alcohol in an attempt to feel the most they possibly can.

They love love and closeness, and prefer to be in stable relationships and loyal friendships over shallow connections – as well as gravitating towards caring for others (informally as a loved one or in caring careers like nursing).

That intense empathy they have can turn on them, however, making them easily led and taken advantage of.

Laid-back Pisces struggle to live in mundane reality, preferring romance and idealism over details. Despite their unique viewpoints, they need to learn to control their emotions and ideas rather than ‘going with the flow’ quite so relentlessly.

Dreamy Pisces does very well in relationships with Taurus, Cancer, and Capricorn.

With Taureans’ love of earthly pleasures, they’ll get along great with creative Pisces, and their shared passion for art will bring them closer. Pisces also craves grounding, which earth sign Taurus can provide in spades.

With fellow empaths Cancer, Pisces can show off their sense of romance and fierce loyalty, having it mirrored right back at them. Both highly sensitive, they’re attuned to each other’s needs – and show it by taking care of their partner.

They both need to ensure they’re not being too sensitive, though, or it can lead to resentment and upset.

Capricorn and Pisces might seem like a strange match, but the organisation and drive that Caps show can actually push the fish of the zodiac to reach their full potential (which Pisces brings their partner out of their pessimistic shell). That is if Capricorn can deal with Pisces’ love of doing absolutely nothing.