It’s the most wonderful time of the year.

As the holiday season rolls on, a group of elite golfers received a coveted gift in the mail from Augusta, Georgia.

The Masters sent out invitations last week ahead of the 2023 tournament, meaning golfers who received them are in the field at Augusta National come April. Those who received invites include those inside the top 50 in the Official World Golf Ranking, past champions and more.

Even LIV golfers took to social media to show off their invitations, after Augusta National announced last week there would be no change in qualification criteria for the 2023 Masters.

Here’s a look at some golfers who took to social media to show off their invitations. 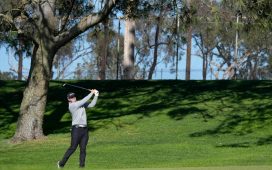