The Liberal party is on the brink of an unprecedented third straight election win in Tasmania, with the premier, Peter Gutwein, declaring he expected to command a majority in the state’s parliament.

By late Saturday night, the Liberals had won at least 12 seats in the state’s 25-seat parliament. Labor had at least eight seats and the Greens two. Three seats were undecided, but the government was favoured to claim an additional MP in the Hobart-based electorate of Clark.

Speaking in the state tally room in Hobart, Gutwein – who had promised to resign rather than lead a minority government – all-but claimed victory, saying it “appeared increasingly likely” the Liberals would confirm a majority in the days ahead. “We have won this election convincingly,” he said.

Labor and the Greens attributed the Liberals’ success to the premier’s performance managing the state through Covid-19, and a strong pro-incumbent sentiment reflected in other state and territory elections held during the pandemic.

Gutwein said leading the state through the health crisis was “among the hardest things I have ever had to do”, and praised Tasmanians for what he called “the most extraordinary and extravagant outstanding display of humanity that I have ever witnessed”.

The premier said Tasmanians had made the state one of the safest places on the planet and, as a result, the economy was “now one of the fastest growing in the nation”. “I’ve never been more certain that our state’s best days are still in front of us,” he said.

By late Saturday, the Liberals had suffered a small swing against it compared with the 2018 poll to be just short of winning 50% of the vote across the state. Gutwein had the highest personal vote in the state, picking up nearly half of all first preferences in the seat of Bass. Under Tasmania’s Hare-Clark system, five MPs are elected in each of five multi-member electorates – Bass in the north, Braddon in the northwest, the largely rural seat of Lyons, and Franklin and Clark in the south.

There was a bigger swing against Labor – about 4.5% – with its vote falling to about 28%, barely above what it recorded when it lost government in a landslide in 2014. The biggest chunk of Labor’s lost votes went to the Greens, who received nearly 13%. It appeared likely that one of the seats in Clark would go to the independent candidate Kristie Johnston, a popular mayor in Hobart’s north.

The opposition leader, Rebecca White, conceded Labor could not win, and welcomed the focus during the campaign on major issues facing the state, particularly a worsening health crisis.

She called on the government to address problems in health and social housing, with waiting list in both having blown out to record levels. “Just because we fell short it doesn’t mean we will stop fighting to make Tasmania a better and fairer place,” White said.

Gutwein acknowledged health and housing needed to improve, pledging “I can assure Tasmanians that health will be better” and that he would “keep delivering more housing solutions because every Tasmanian deserves a roof over their head”.

In a lengthy, fiery speech, the Greens leader, Cassy O’Connor, said the result showed “the Greens are back in town”. She vowed to hold the government to account on health, homelessness, long-delayed and unresolved poker machine legislation and the environment.

“People of Tasmania, you are being ripped off by both major parties who are taking their corporate donations, then trading your treasures for trinkets,” she said. “We will be your voice for a greener, fairer Tasmania and a cleaner democracy and a fierce one at that.”

Gutwein ended the night on the verge of become the first Liberal leader to take the party to a third consecutive term. His pitch in the campaign focused on the need for a “stable majority government”, which he argued only the Liberals could provide.

He called the election a year earlier than necessary after falling into minority government when the former Liberal speaker, Sue Hickey, resigned from the party and declared she would run as an independent when she was told she would not be preselected.

Two days after the election was called, Madeleine Ogilvie – an ex-Labor MP who sat as an independent in the last term – had joined the Liberals, effectively restoring Gutwein’s majority. Opponents accused the premier of cynically calling an early election to capitalise on his strong support in polls.

The opposition endured a chaotic campaign due to internal fights over preselection, and was criticised for abandoning its opposition to poker machines in pubs and clubs – a major issue three years ago, but virtually absent from this campaign.

A cloud hanging over the election was the future of Adam Brooks, a former Liberal MP, multi-millionaire and generous party donor who ran in Braddon two years after resigning from parliament following the state’s integrity commission finding he misled former premier Will Hodgman.

On Friday, the ABC reported he had been accused of tricking a love interest into believing he was a man named Terry who worked as an engineer and lived in Melbourne. He even reportedly produced a Victorian licence to prove his false identity.

Brooks has not responded directly to the ABC’s report about his dating profiles. Party officials said he had denied it. It appeared he had been elected on Saturday night. 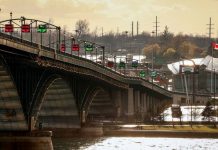 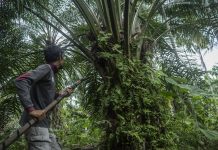 4 steps to take to achieve socially responsible investment goals, according to a consultant 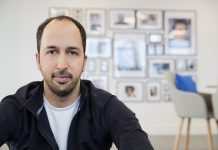 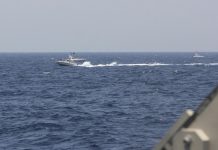 Strait of Hormuz incident may be linked to Iran nuclear talks, analysts say 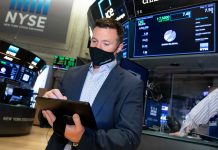 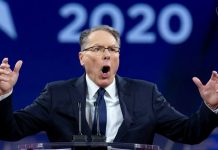 US judge throws NRA bankruptcy petition out of court 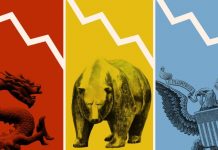 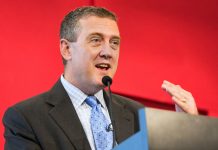