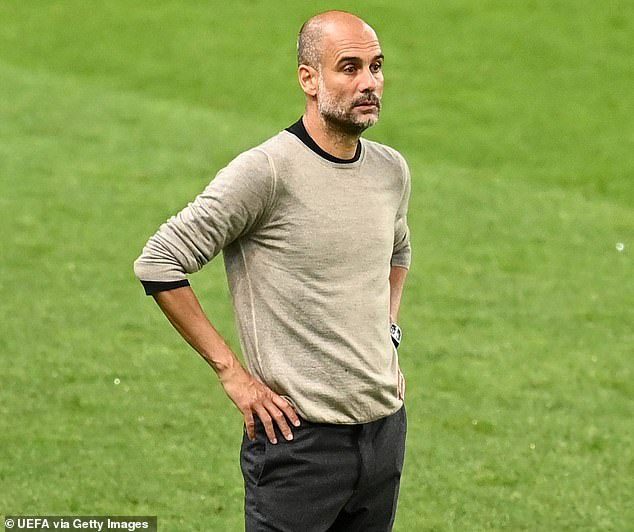 It was last August when Pep Guardiola left his players alone inside the dressing room of the Estadio Jose Alvalade in Lisbon. He did not say a word. Yet among his squad the whispers were about to begin.

Here they were again. Another Champions League quarter-final. Another defeat. Another failed attempt by Guardiola to tweak when he should have trusted.

They were frustrated. They told family, friends and representatives they felt Guardiola had got it wrong — and kept getting it wrong — in the big games. Some even spoke of losing their own faith in him for those huge nights.

It’s hard to doubt a manager who has brought you two Premier League titles, a domestic treble and broken more records than Roy Castle. But this was the Champions League, the one City had appointed Guardiola to win, the man in whose image they had built their club ready to be kings of Europe.

And, again, Guardiola was accused of over-thinking it. Out went City’s usual system in favour of a back five that City had spent three days working on in training. All for a team who had finished seventh in Ligue 1. It didn’t work and, for a third season in a row, City were out in the quarter-finals.

Guardiola had feared the sack after his first, trophy-less, season at City in 2016-17. By the time City crashed out to Lyon last year, his position amid the hierarchy was unquestionable, so close is his relationship to the club’s chairman Khaldoon Al Mubarak. They wanted him to sign a new contract. Those beneath Guardiola, though, clearly had their concerns. 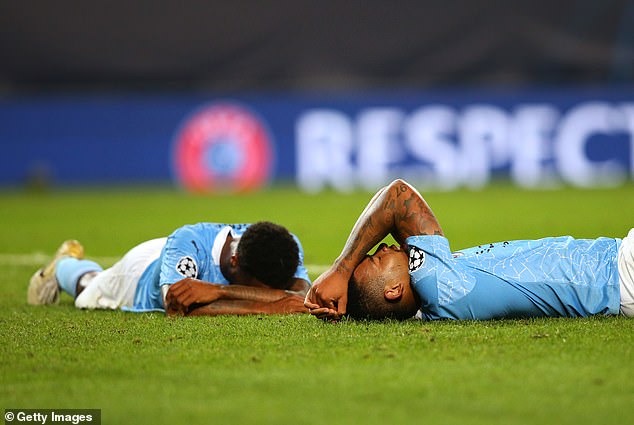 Yet this time that trophy rests on a landscape unrecognisable eight months on from the Lyon defeat. City’s performance against Paris Saint-Germain in the first leg of their Champions League semi-final was one of the greatest of Guardiola’s tenure, especially if his side can finish the job at the Etihad on Tuesday. Victory over Crystal Palace on Saturday puts them on the brink of their third Premier League title under Guardiola in four seasons.

For all their triumph, it took a change from Guardiola, his staff and his captain around Christmas to get them there. The cloud of the Lyon defeat hung over them, the effects of the pandemic on the players’ routine and lack of pre-season had taken its mental toll. At the start of the season, they looked shot.

When they drew 0-0 with Manchester United on December 12, a result that saw them drop to ninth by the end of the day, our columnist Danny Murphy wrote: ‘The only people who would have taken any pleasure from watching that are Jurgen Klopp and Jose Mourinho. They will have watched it and thought: this is not a Manchester City team who will trouble us for the Premier League title.’

It was their sixth straight clean sheet in all competitions but the spark was gone. No intensity, no zip. City created nothing. Kevin De Bruyne reduced to a lone pillar of frustration. 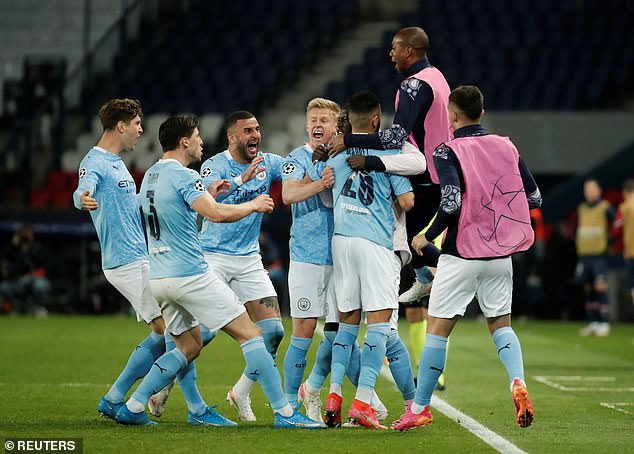 Three days later, City drew with West Brom. Guardiola had seen enough. The next day, he called a meeting with his coaches Juanma Lillo, Rodolfo Borrell, Manel Estiarte and director of football Txiki Begiristain. He told them he did not recognise the team any more. They had forgotten what had made them such a force and that had to change.

‘We started to rebuild and reconstruct the team from that point,’ said Guardiola. He told Rio Ferdinand on BT Sport: ‘Everything was heavy, it was not natural. We just came back to the principles — A, B, C. So wingers high and wide, a lot of players in the middle, come back without the ball — run like animals — and with the ball be more calm, more passes help, think about more what we have to do.’

That change sparked City’s winning run. Yet it was not enough. Guardiola was so unimpressed with their training session on New Year’s Eve that he told his captain Fernandinho he must do something about it. So, the following day, the Brazilian called a meeting.

‘It was not a good session,’ Fernandinho wrote in The Players’ Tribune. ‘The attitude, the body language, the effort from some players, it was just obvious. This was not us. 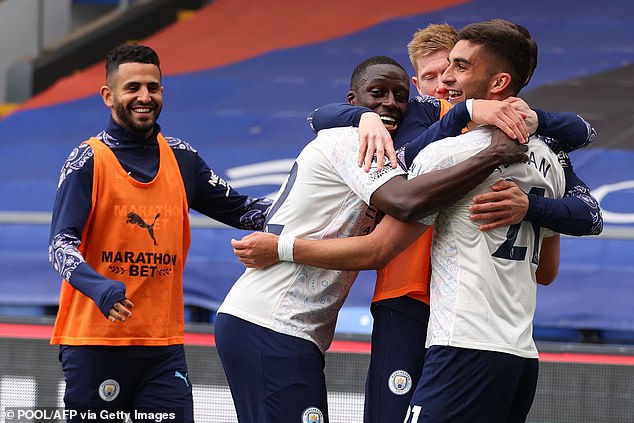 ‘I spoke openly — I spoke as captain. I told them what Pep had told me, that some things are inexcusable. I told them that what you do in training reflects back at you later on in the game. It was very frank, very honest. After me, all the others spoke their minds too. Everyone already knew we needed to change, but we needed to hear it said. We needed to be shaken.’

City, eighth at the time, reset. They went to Stamford Bridge two days later and blew them away. Then they beat United in the League Cup. On January 13, they moved into the top four. On the 26th, they went top for the first time after beating West Brom 5-0. They’ve been there ever since.

It should not be overlooked, of course, that Guardiola has been given the funding. Success is more achievable when you’re backed by a state. In the five seasons, Guardiola has been at the City, the club have spent in excess of £2billion on players and their wages.

The question is what comes next. Guardiola said he will be ‘a Mancunian for the rest of my life’ in 2018 but, before then, had never stayed at a club longer than four years. He’s into his fifth now and signed another two-year contract in November. 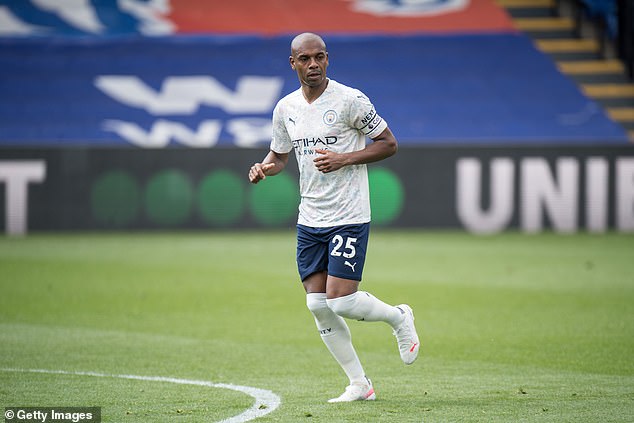 Fernandinho called a team meeting after City drew with West Brom. ‘It was not a good session’

Why? ‘I came here to win in England and I did it,’ he said. ‘I came to play in a special way and I did it. The job is done, but still I have the feeling we can do better. Still I feel we can win more and make our fans proud. We can do it. This is important.’

If Guardiola is to improve them, to go close to the quadruple once more, City will have to spend again. De Bruyne signed a new deal after being assured that the club would strengthen.

Sergio Aguero will leave this summer. City want Erling Haaland to succeed the legendary Argentine but he is likely to cost up to £400m over five years.

Change will come at a cost but Guardiola will be the man to lead it. The Premier League title is all-but secure and he’s closer than ever to Champions League glory. Both he and City have come a long way from Lyon. 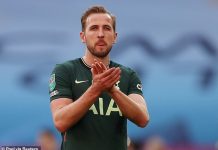 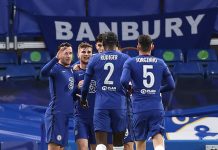 From broken to brilliant, Chelsea have been transformed by Thomas Tuchel | Jacob Steinberg 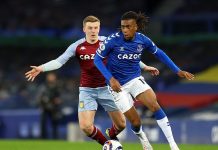 Ipswich shirts to be sponsored by Ed Sheeran next season 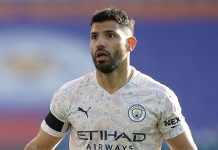 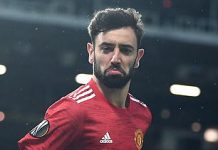 Arsenal vs Villarreal, UEFA Europa League: When And Where To Watch Live Telecast, Live Streaming