Blanding, who projects at 3-tech, is ranked No. 738 nationally in the 247Sports Composite and is the top-ranked player in New York. With Blanding in the fold, Penn State’s class — which ranked No. 4 nationally per 247Sports ahead of his commitment — is up to 13 members.

Blanding took his official visit to Penn State on June 10 and also was on campus in March. Penn State extended a scholarship offer in February, and Blanding’s finalists included Michigan, Oregon, West Virginia and Syracuse. He was slated to head to Ann Arbor for an official visit next weekend, but as per coach James Franklin’s policy, once a recruit is ready to verbally commit to the Nittany Lions he also needs to be willing to surrender his other remaining official visits.

Blanding is the second player to commit to Penn State this week after three-star receiver Yazeed Haynes delivered his pledge on June 12. Haynes, who camped at Penn State as a receiver earlier this month, could end up at receiver or defensive back in college.

Blanding is kicking off what could be a busy weekend for Penn State. Several committed members of the 2023 class are on campus for official visits, as are several high-priority recruiting targets who have yet to announce their college choice.

Commanders Fans Must Do Their Best To Ignore Dan Snyder 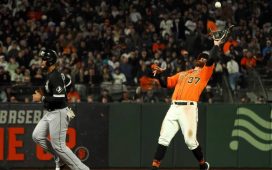