Thousands of ‘penis fish’ have been left exposed after they washed up on a beach in California.

The pink sausage-like creatures, known as the echiura worm, can usually be found in burrows at the bottom of the sea – but a recent storm is believed to have washed them ashore.

They were discovered covering the Drakes Beach, in Inverness, by biologist Ivan Parr on December 6.

He wrote in science publication Bay Nature that the same phenomenon had been also seen on other coastlines, including Pajaro Dunes, Moss Landing, Bodega Bay, and Princeton Harbor.

Mr Parr continued: ‘I’ve heard my share of imaginative theories from beachcombers, such as flotsam of a wrecked bratwurst freighter.

‘In truth, these are living denizens of our beaches rudely, yet also mercifully, mostly called “fat innkeeper worms”.’

The 10-inch sea worms get their innkeeper name from the U-shaped burrows they create, which they then leave behind for other creatures.

They can live up to 25 years, and survive by eating plankton, bacteria and other small particles at the bottom of the sea.

It captures its food through ‘slime nets’ placed in the water.

Sightings of the worm may be rare in the US, but the ‘penis fish’ is a delicacy in countries such as South Korea, Japan and China.

It can be consumed cooked or raw and is often served with a savoury sauce made from sesame oil or vinegar.

Those who have eaten the worm before have described it as salty and chewy. 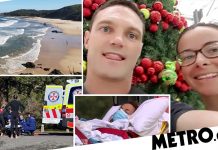 Hero husband saves wife from shark by repeatedly punching it 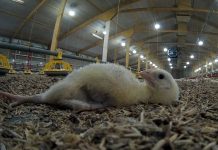 Decline in US bird biodiversity related to neonicotinoids, study shows 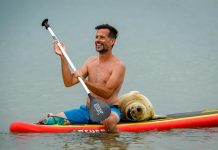 'The worst of human nature': UK staycationers' trail of destruction

Stories from the dog park: 'In this new world of tangled worries, my puppy keeps me sane' | Stephanie Wood