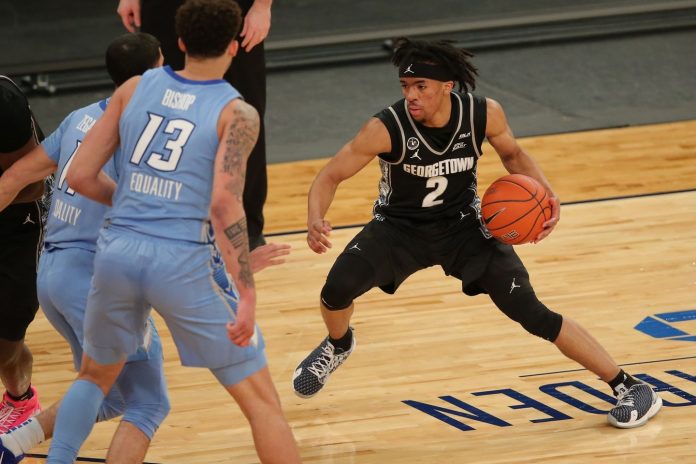 How the Hoyas engineered a title run

Dana O’Neil, college basketball senior writer: For fans of old-school Georgetown teams, this should look very familiar. The Hoyas fashioned a Big East tournament title run just as their coach did back in his day, with smothering defense. Ewing’s “Hoya Paranoia” was predicated on making other teams miserable, and that’s just what Georgetown did against Creighton.

The Bluejays, typically a great shooting team, were so taken out of their game, they wound up hoisting air balls, undone by Georgetown’s relentless ball pressure, and work in the post. This was a straight-up throwback.

How dangerous is Georgetown entering the NCAA Tournament?

O’Neil: There are essentially two sorts of dangerous teams in March: the experienced crew that doesn’t wilt under pressure, and the loose, young bunch who doesn’t understand it’s not supposed to be doing what it’s doing. Count the Hoyas among the second group.

After withstanding a rocky season, the Hoyas are playing with the confidence borne of success. Winners of four in a row and six of their last seven, they are playing loose and with a swagger. Mix that with Georgetown’s fierce defense and you have a team that no one wants to see opposite their name on Selection Sunday.

Eamonn Brennan, college basketball staff writer: Georgetown’s remarkable, unforeseen roll to the Big East tournament title obviously has huge implications for teams sitting on the bubble, in that the number of available bids just shrunk by one spot. Any team close enough to the cut line to not know for certain that they’re in — teams like Utah State, Louisville, Drake, Colorado State and, yes, Syracuse, which Orange fans will love — should be even more worried now, and that’s before we get to the bid thieves still lurking in other leagues, too.

[NBC Sports Washington] – If a top QB falls on draft night, this team may be competition for Washington 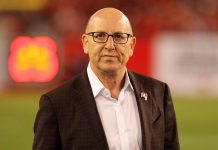 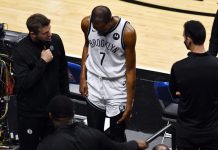 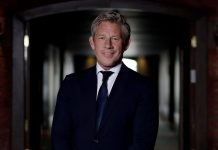 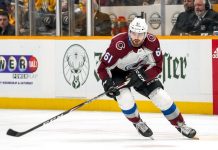 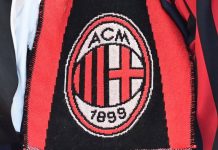 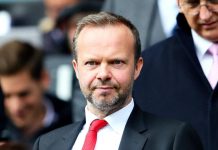 [Washington Post] – After the greatest comeback in sports history, Alex Smith’s next stop should be the Hall of Fame